The Mayflower in Plymouth.

New Amsterdam is captured by the English

See Timeline of the American Revolution for events starting from 1760. 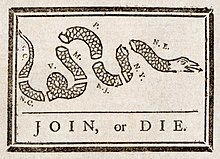 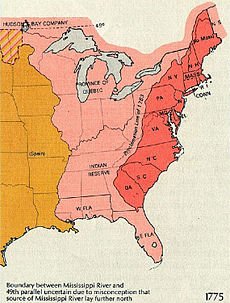 Eastern North America in 1775, including the British Province of Quebec (pink), Indian Reserve (pink), and areas open to European-American settlement in the 13 Colonies along the Atlantic coast (red), plus the westward border established by the Royal Proclamation of 1763 and present–day state lines. 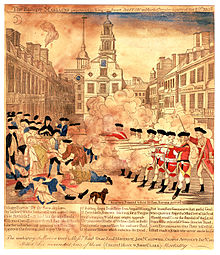 The Boston Massacre, an engraving by patriot Paul Revere.

Battles of Lexington and Concord.

Surrender of Lord Cornwallis at Yorktown, 1820 painting by John Trumbull 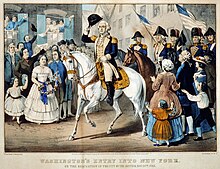 Scene at the Signing of the Constitution of the United States, by Howard Chandler Christy (1940)

During the War of 1812, British troops burn Washington, D.C.