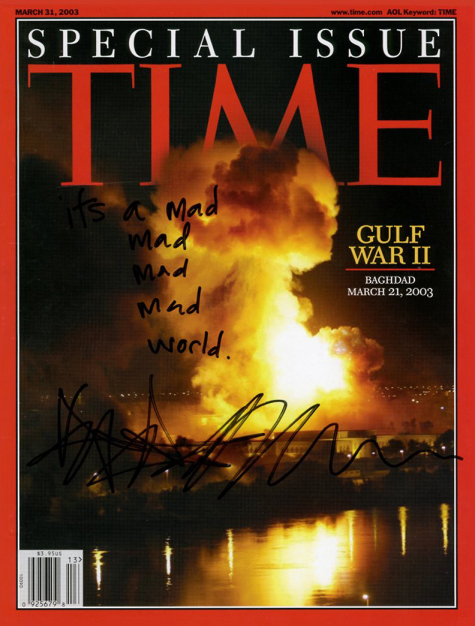 ANI DIFRANCO ON THE WAR IN IRAQ Ñ Coincidentally, the day I met Ani DiFranco before her show at the downtown circle in Hollywood, Florida, was the same day TIME magazine released it’s “special” Shock and Awe issue “celebrating” George W. Bush’s invasion of Iraq. I dropped it and a pen in front of her, asking her to write whatever came to mind. “IT’S A MAD MAD MAD WORLD” … There it is, a woman whose wisdom has always been far beyond her years. LISTEN TO “SELF-EVIDENT,” maybe the most thoughtful piece written regarding the 911 Attack on America.