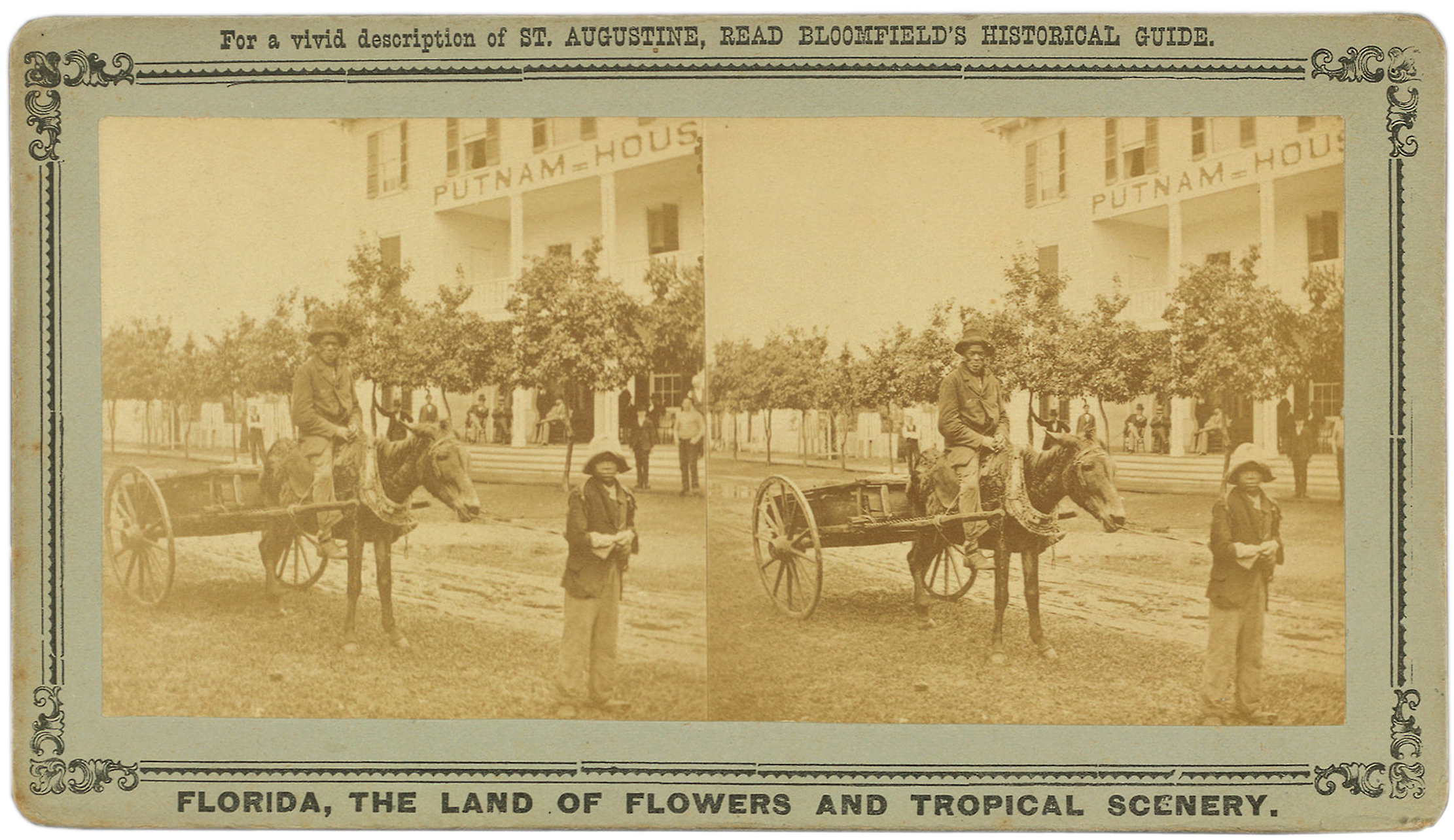 15th Amendment, or the Darkey’s millennium
40 acres of land and a mule,
from Robert N. Dennis collection of stereoscopic views.

Many freed people believed and were told by various political figures that they had a right to own the land they had long worked as slaves, and were eager to control their own property. Freed people widely expected to legally claim 40 acres of land (a quarter-quarter section) and a mule after the end of the war, long after proclamations such as Special Field Orders No. 15 and the Freedmen’s Bureau Act were explicitly reversed by Lincoln’s successor, Andrew Johnson.

Some land redistribution occurred under military jurisdiction during the war and for a brief period thereafter. However, federal and state policy during the Reconstruction era emphasized wage labor, not land ownership, for blacks. Almost all land allocated during the war was restored to its pre-war white owners. Several black communities did maintain control of their land, and some families obtained new land by homesteading. Black land ownership increased markedly in Mississippi during the 19th century, particularly. The state had much undeveloped bottomland behind riverfront areas that had been cultivated before the war. Most blacks acquired land through private transactions, with ownership peaking at 15,000,000 acres (6,100,000 ha) in 1910, before an extended financial recession caused problems that resulted in the loss of their property for many.

Forty Acres and a Mule: The Freedman’s Bureau and Black Land Ownership
Claude F. Oubre
Louisiana State University Press, 2012
First published in 1978, this work has since become a definitive study in the history of American Reconstruction. The author examines of why the majority of freed slaves were denied the opportunity to own land during the Reconstruction era, leaving them vulnerable to a persecution that strongly resembled slavery. He recounts the struggle of black families to acquire land and how the U.S. government agency Freedmen’s Bureau both served and obstructed them.

About the Author
A Florida Journalist, Photographer, and Art Director with an eclectic client list of individuals and organizations with musical, visual, educational, and editorial interests.