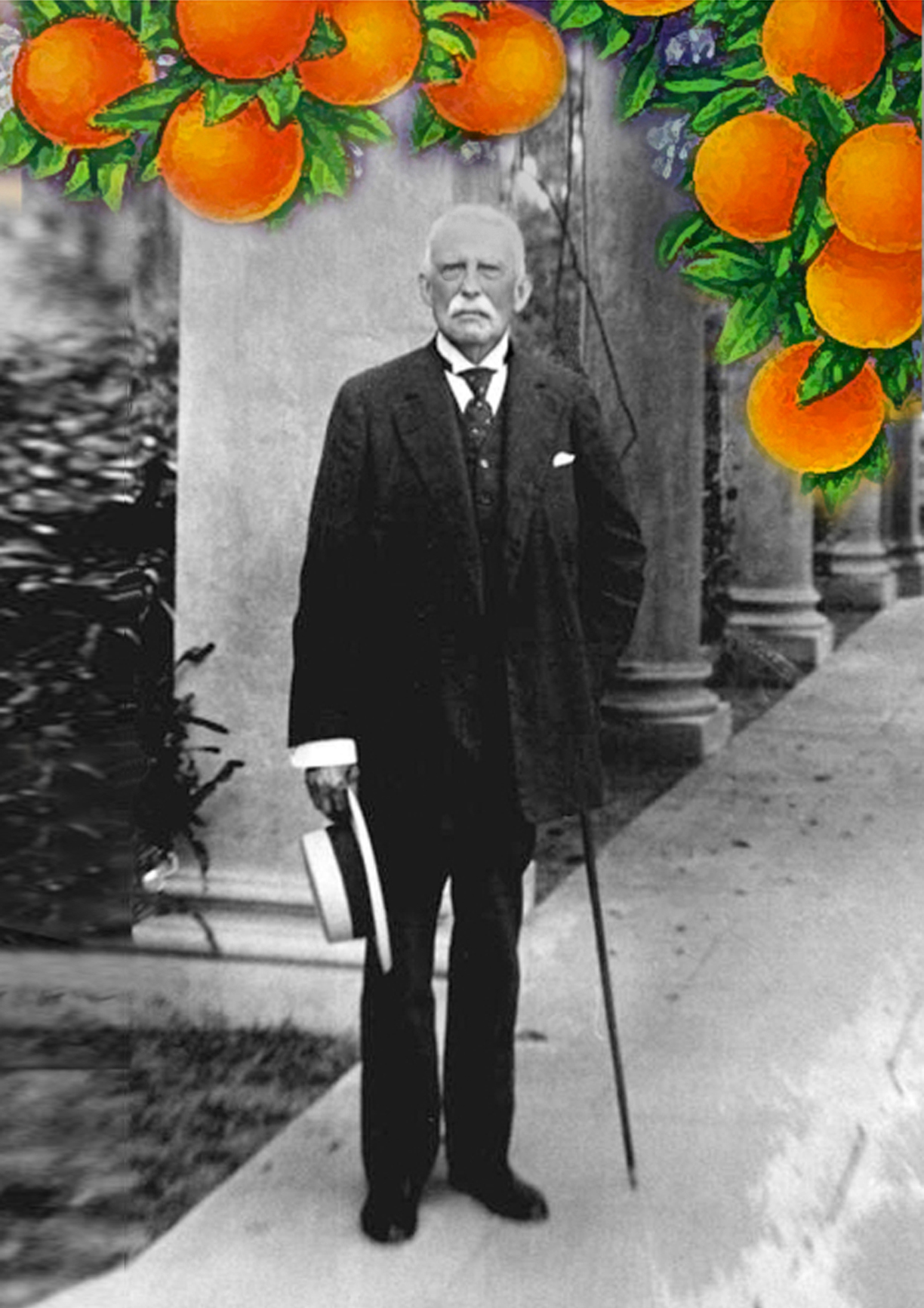 New York City had become the center of the global universe, welcoming all who came, hoping to find a better life. Henry Morrison Flagler and his friends were living the best of lives, as life entered the 20th Century. Packed up the train, and moved to Mi-a-mi.

Learning to Fly
Before walking on the moon, man had to first get off the ground.

ORMOND BEACH
1890 – Builds railroad bridge across the St. Johns River to gain access to southern half of state. Purchases the Ormond Beach Hotel in Ormond Beach.

MIAMI
1897 – Flagler’s Hotel Royal Palm opens in Miami.
1901 – The Florida Legislature passes a bill that made incurable insanity grounds for divorce. Flagler divorces Ida Alice.
1901 – Aug. 24, Flagler marries Mary Lily Kenan of North Carolina.
The PALM BEACH INN IS RENAMED THE BREAKERS.
1902 – The Flaglers move into WHITEHALL, the Palm Beach winter retreat Flagler has built as a wedding present for Mary Lily.
1903 – The Breakers is destroyed by fire. Rebuilt and opens in 1906.

1905 – Expansion of the Florida East Coast Railway to Key West begins.
1911 – Flagler ceases being an active director at Standard Oil.
1912 – Flagler rides the first train into Key West on Jan. 21.
1913 – Flagler dies May 20 in Palm Beach and is buried in St. Augustine.