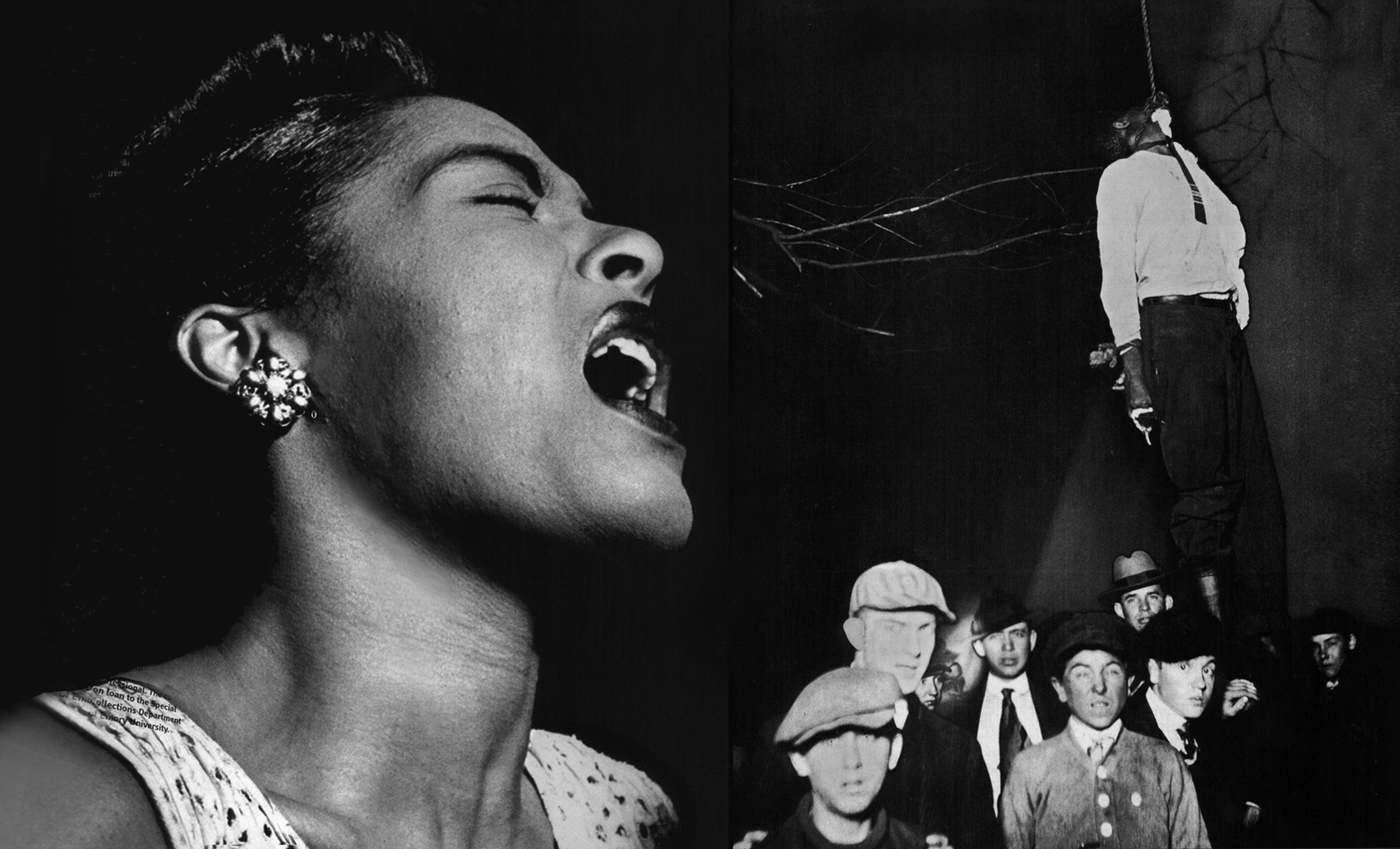 Ahmet Ertegun called “Strange Fruit” “a declaration of War…
the beginning of the Civil Rights Movement.”

Greg Iles spent his youth in Natchez, Mississippi, and graduated from the University Of Mississippi in 1983. While attending Ole Miss, Greg lived in the cabin where William Faulkner and his brothers grew up, listening to countless stories told by “Mammy Callie,” their beloved nanny, who had been born a slave.

In this case, Iles paints a sometimes horrific scene set in the Civil Rights Era (1960s). Viola (of the Trilogy) is an emblematic victim of that era’s worst atrocities. The sister of a murdered civil rights activist, she had been raped by members of the Double Eagles, a splinter group of the Ku Klux Klan, and her return to Natchez raises an alarm among the surviving members,
all with good reason to want her dead.

…Story
of a song.

“Strange Fruit” is a song performed most famously by Billie Holiday, who first sang and recorded it in 1939.
Written by teacher Abel Meeropol as a poem and published in 1937, it protested American racism, particularly the lynching of African Americans.

Such lynchings had reached a peak in the South at the turn of the century, but continued there and in other regions of the United States.
According to the Tuskegee Institute, 1,953 Americans were murdered by lynching, about three quarters of them black.
The lyrics are an extended metaphor linking a tree’s fruit with lynching victims.
Meeropol set it to music and, with his wife and the singer
Laura Duncan, performed it as a protest song in New York City venues in the late 1930s, including Madison Square Garden.
The song continues to be covered by numerous artists, including:
• Nina Simone
• UB40
• Jeff Buckley
• Siouxsie and the Banshees
• Robert Wyatt
• Dee Dee Bridgewater
Many artists have cited “Strange Fruit” as having inspired novels, poems, and many other creative works.

1962
Green Book (2018 Movie) — Before driving into the perilous South of the early 1960s, The Green Book was a guide, telling travelers where the “colored” could stay.

EARTHRISE
1968 — Apollo 8
Dark Side Of The Moon
Christmas Eve
God Created The Heaven and The Earth.

In 2014, three years after surviving a near-fatal auto accident, Greg Iles returned to fiction in high style with “Natchez Burning,” an immense, brooding crime novel rooted in the tragic racial history of the American South. One year later, Iles published “The Bone Tree,” an equally immense continuation that moved the narrative forward into dark and disturbing new territory. And now, in “Mississippi Blood,” Iles concludes what is surely one of the longest, most successfully sustained works of popular fiction in recent memory.

Make no mistake, these three volumes constitute a single story, a vast, intimate epic that must be read in sequence and in full.

If the prospect of committing to a narrative spanning 2,300 pages seems daunting, prepare to be surprised. Iles has always been an exceptional storyteller, and he has invested these volumes with an energy and sense of personal urgency that rarely, if ever, falter. A lot of people are going to lose a lot of sleep racing through these pages.

The narrator of the trilogy is Penn Cage, the lawyer-turned-novelist-turned-mayor of Natchez who first appeared in “The Quiet Game” (1999). Penn’s father is Tom Cage, a much-loved physician with a dangerous secret. Decades before, in 1968, he entered into a forbidden romantic relationship with Viola Turner, his African American nurse. In the aftermath of that affair, Viola exiled herself to Chicago.

As the present-day story begins, Viola has lung cancer and has come home to Natchez to die. Viola too has a secret: an angry, illegitimate son named Lincoln, who believes that Tom Cage, his biological father, knowingly abandoned him. When Viola dies in what appears to be an attempt at euthanasia, Lincoln accuses Tom of murder.

Like Faulkner before him, Iles believes that the past — in this case, the civil rights era of the 1960s — remains eternally present. Viola herself is an emblematic victim of the worst atrocities of that era. The sister of a murdered civil rights activist, she was herself raped by members of the Double Eagles, a splinter group of the Ku Klux Klan, and her return to Natchez raises an alarm among the surviving members, all of whom have reasons to want her dead.

One central question — Who killed Viola Turner? — stands at the center of a web of narratives that range across 50 violent years and encompass a gallery of carefully drawn characters, among them law enforcement officers both honest and corrupt, crusading journalists and assorted victims, black and white, of the Double Eagles and their kind. “Mississippi Blood” addresses that question by way of Tom Cage’s murder trial, a wildly dramatic affair worthy of Scott Turow. By the time the trial — and this final novel — ends, we have learned the answer and been forced to take a burning look at some of the most shameful episodes of the recent American past.

Like its predecessors, “Mississippi Blood” uses the inexhaustible subject of race as its central thematic concern. Few novelists have conveyed so viscerally the incomprehensible cruelty to which victims of white supremacists were subjected for so long. Few have so convincingly explored the atavistic impulses that underlie racial violence. In the world of these novels, we are no closer to a “post-racial” society than we were 100 years ago. Sometimes, art and life look very much alike.

“Mississippi Blood” is the capstone to what could legitimately be called a magnum opus. Iles has emerged from an excruciating ordeal to create a superb entertainment that is a work of power, distinction and high seriousness. These are angry novels, filled with a sense of deeply-considered moral outrage. They are also prime examples of what the thriller — and other forms of “genre” fiction — can accomplish when pushed beyond traditional limits.

Often grim and frequently horrifying, these Natchez Burning novels set their larger historical concerns against the credibly detailed backdrop of a family in crisis. As the Cage family endures its own trial by fire, Iles shows us both the weaknesses and strength of people tested by extreme circumstances and by secrets and lies that have festered for too long. In successfully illuminating both the inner life of a family in peril and “the troubled borderland between black and white,” he has created something memorable and true.

Bill Sheehan is the author of “At the Foot of the Story Tree: An Inquiry into the Fiction of Peter Straub.”