Sarah Bradford’s biography Scenes in the Life of Harriet Tubman” 1869
Harriet’s home in Auburn, NY
A portion of Anthony Thompson’s List of slaves
Ben Ross is the first name on the list (Maryland Historical Society)
Edited by Debra Michals, PhD (2015)

Known as the “Moses of her people,” Harriet Tubman was enslaved, escaped, and helped others gain their freedom as a “conductor” of the Underground Railroad. Tubman also served as a scout, spy, guerrilla soldier, and nurse for the Union Army during the Civil War.
Harriet was the first African American woman to serve in the military.
Tubman’s exact birth date is unknown, but estimates place it between 1820 and 1822 in Dorchester County, Maryland.
Born Araminta Ross, the daughter of Harriet Green and Benjamin Ross, Tubman had eight siblings.
By age five, Tubman’s owners rented her out as a domestic servant.
Early signs of her resistance to slavery and its abuses came at age twelve when she intervened to keep her master from beating an enslaved man who tried to escape. She was hit in the head with a two-pound weight, leaving her with a lifetime of severe headaches and narcolepsy.
Although slaves were not legally allowed to marry, Tubman entered a marital union with John Tubman, a free black man, in 1844. She took his name and dubbed herself Harriet.
Contrary to legend, Tubman did not create the UNDERGROUND RAILROAD; it was established in the late eighteenth century by black and white abolitionists. 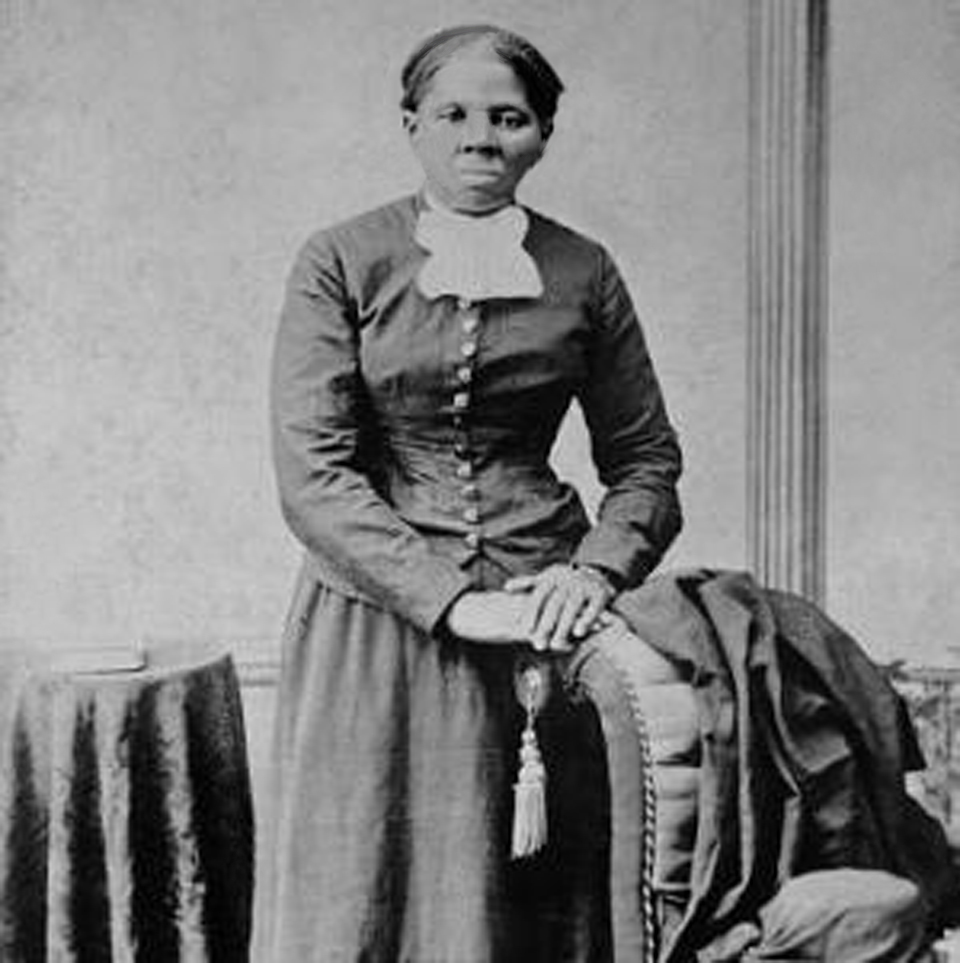 1851
Tubman likely benefited from this network of escape routes and safe houses in 1849, when she and two brothers escaped north. Her husband refused to join her, and by 1851 he had married a free black woman. Tubman returned to the South several times and helped dozens of people escape.
Her success led slaveowners to post a $40,000 reward for her capture or death.
Tubman was never caught and never lost a “passenger.”
She participated in other antislavery efforts, including supporting John Brown in his failed 1859 raid on the Harpers Ferry, Virginia arsenal.
Through the Underground Railroad, Tubman learned the towns and transportation routes characterizing the South—information that made her important to Union military commanders during the Civil War. As a Union spy and scout, Tubman often transformed herself into an aging woman. She would wander the streets under Confederate control and learn from the enslaved population about Confederate troop placements and supply lines. Tubman helped many of these individuals find food, shelter, and even jobs in the North. She also became a respected guerrilla operative. As a nurse, Tubman dispensed herbal remedies to black and white soldiers dying from infection and disease.
After the war, Tubman raised funds to aid freedmen, joined Elizabeth Cady Stanton and Susan B. Anthony in their quest for women’s suffrage, cared for her aging parents, and worked with white writer Sarah Bradford on her autobiography as a potential source of income. She married a Union soldier Nelson Davis, also born into slavery, who was more than twenty years her junior. Residing in Auburn, New York, she cared for the elderly in her home and in 1874, the Davises adopted a daughter. After an extensive campaign for a military pension, she was finally awarded $8 per month in 1895 as Davis’s widow (he died in 1888) and $20 in 1899 for her service. In 1896, she established the Harriet Tubman Home for the Aged on land near her home. Tubman died in 1913 and was buried with military honors at Fort Hill Cemetery in Auburn, New York.