The KKK bombing of the 16th Street Baptist Church in Birmingham, Alabama took the lives of four young, African-American (“Negro” at the time) girls. The story quickly was told across the country, and is considered one of the most important events in the Civil Rights Movement of the early 1960s. 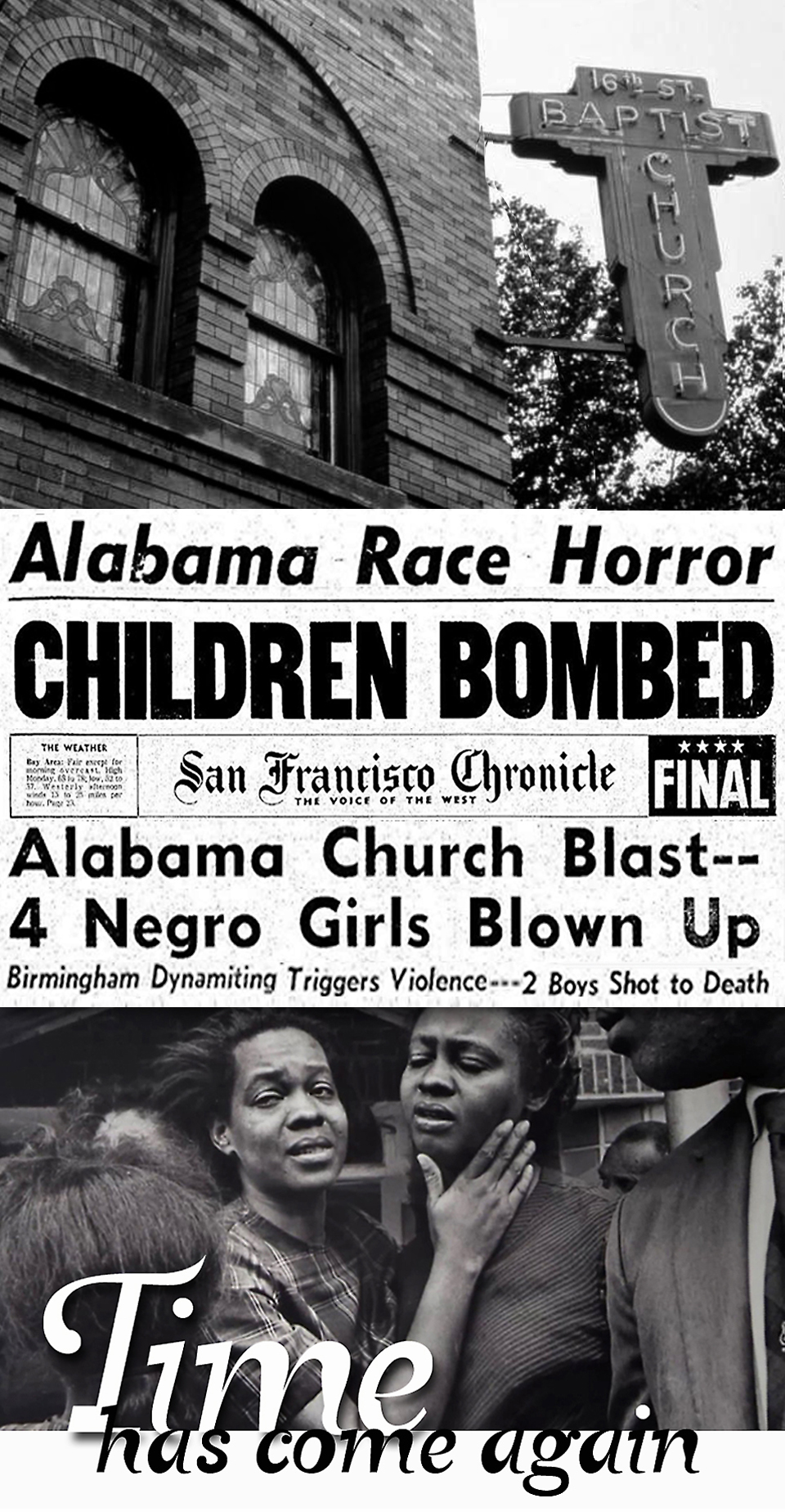 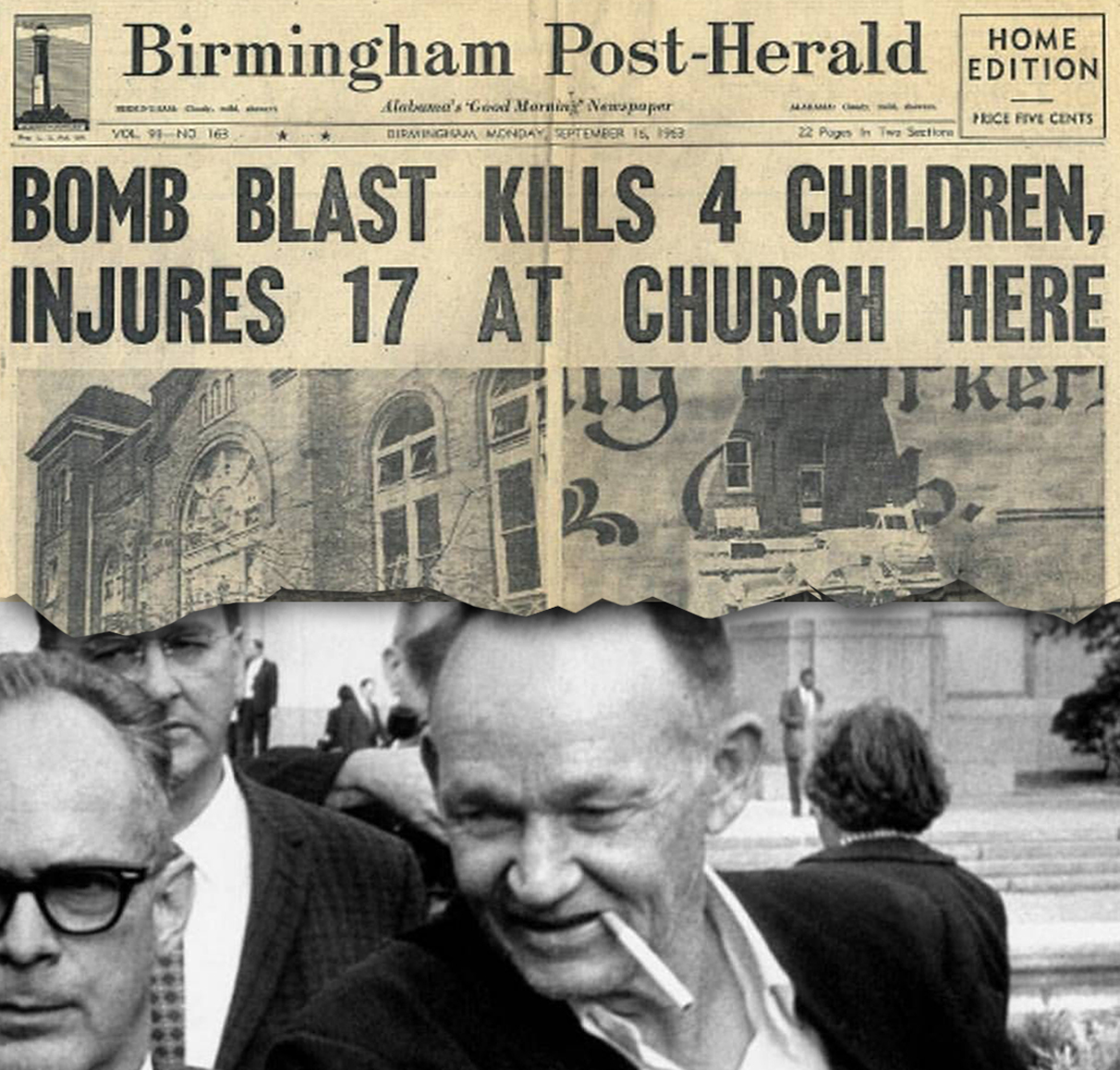 History.com
The Birmingham church bombing occurred on September 15, 1963, when a bomb exploded before Sunday morning services at the 16th Street Baptist Church in Birmingham, Alabama—a church with a predominantly black congregation that also served as a meeting place for civil rights leaders. Four young girls were killed and many other people injured. Outrage over the incident and the violent clash between protesters and police that followed helped draw national attention to the hard-fought, often-dangerous struggle for civil rights for African Americans.
Birmingham in the 1960s
The city of Birmingham, Alabama, was founded in 1871 and rapidly became the state’s most important industrial and commercial center. As late as the 1960s, however, it was also one of America’s most racially discriminatory and segregated cities.
Alabama Governor George Wallace was a leading foe of desegregation, and Birmingham had one of the strongest and most violent chapters of the Ku Klux Klan (KKK). The city’s police commissioner, Eugene “Bull” Connor, was notorious for his willingness to use brutality in combating radical demonstrators, union members and blacks. 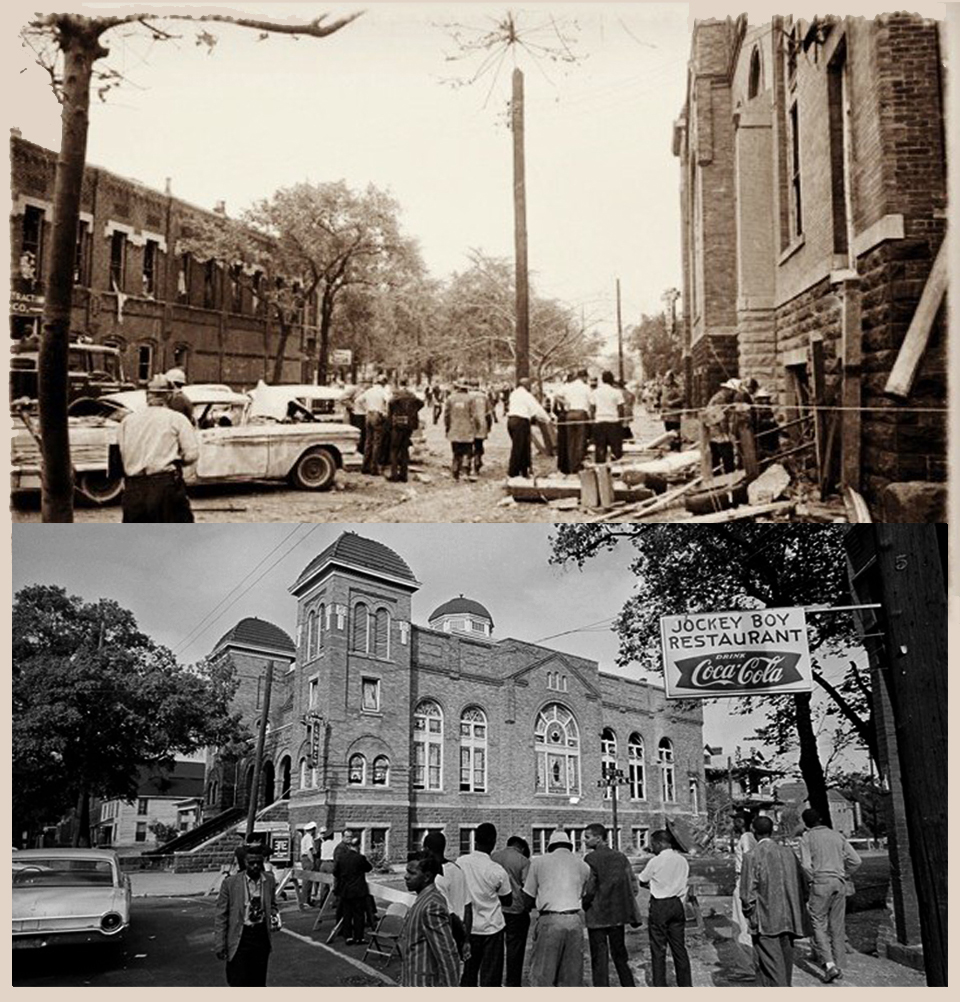 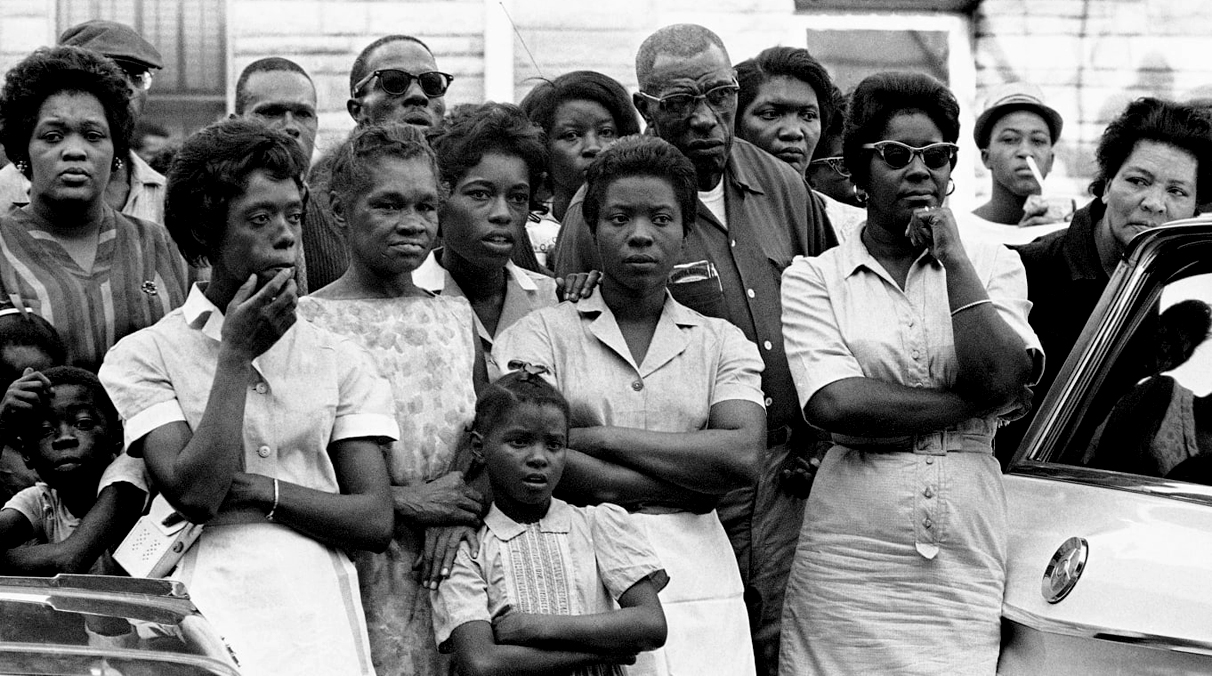 Lasting Impact of the Birmingham Church Bombing
Even though the legal system was slow to provide justice, the effect of the bombing of the 16th Street Baptist Church was immediate and significant.
Outrage over the death of the four young girls helped build increased support behind the continuing struggle to end segregation—support that would help lead to the passage of both the Civil Rights Act of 1964 and the Voting Rights Act of 1965. In that important sense, the bombing’s impact was exactly the opposite of what its perpetrators had intended