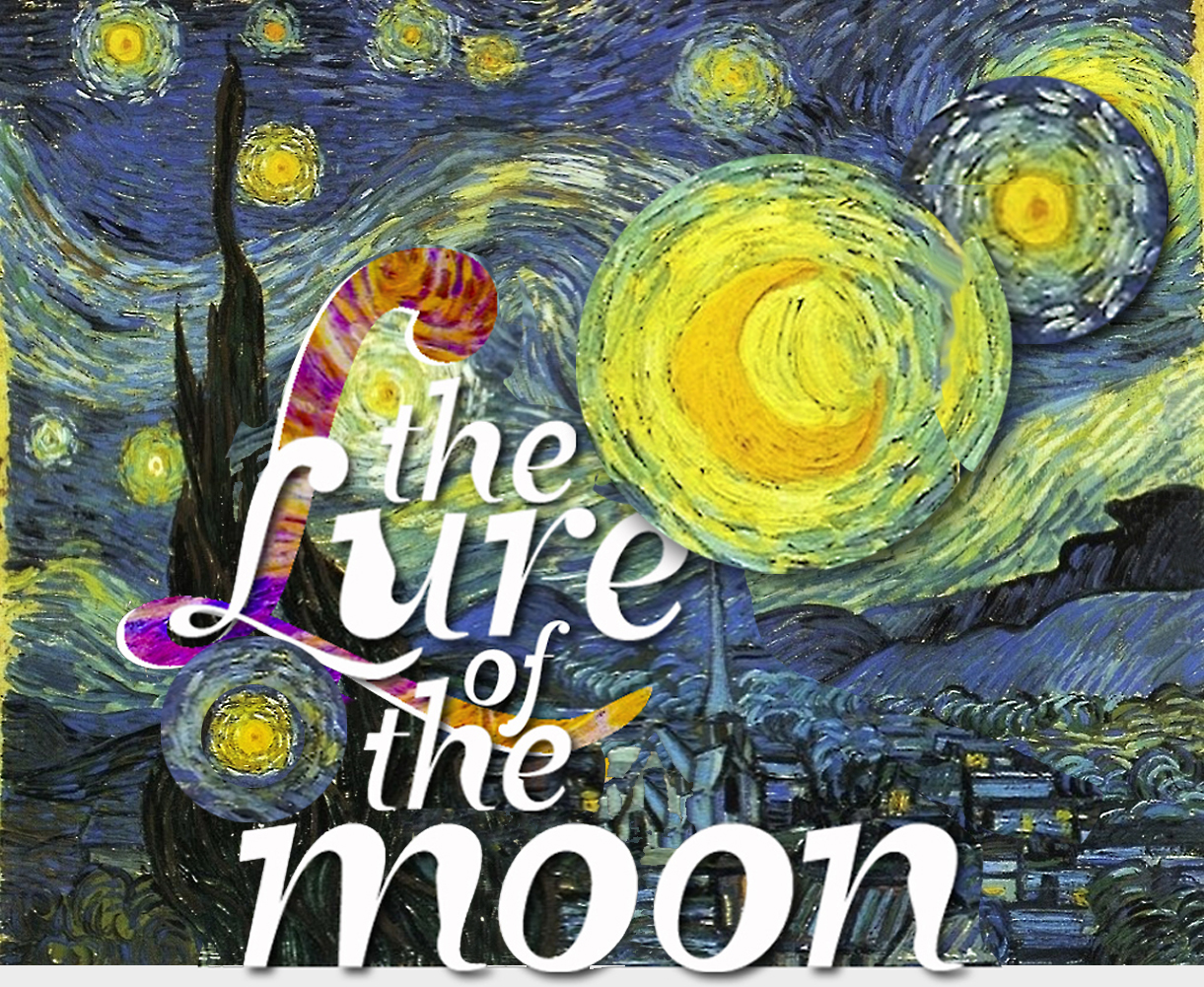 The Sacrilege of Art

Copernicus, Galileo and the Church
Science in a Religious World
By Nicholas P. Leveillee
2011, Vol. 3 No. 05 | pg. 1/2 | »
Fear of heretics spreading teachings and opinions that contradicted the Bible dominated the Catholic Church. They persecuted scientists who formed theories the Church deemed heretical and forbade people from reading any books on those subjects by placing the books on the Index of Prohibited Books. A type of war between science and religion was in play but there would be more casualties on the side of science.
Nicholas Copernicus and Galileo Galilei were two scientists who printed books that later became banned. Copernicus faced no persecution when he was alive because he died shortly after publishing his book. Galileo, on the other hand, was tried by the Inquisition after his book was published. Both scientists held the same theory that the Earth revolved around the sun, a theory now known to be true. However, the Church disapproved of this theory because the Holy Scriptures state that the Earth is at the center, not the Sun. As the contents of the Bible were taken literally, the publishing of these books proved, to the Church, that Copernicus and Galileo were sinners; they preached, through their writing, that the Bible was wrong.

Nicholas Copernicus
Nicholas Copernicus (1473 – 1543), mathematician and astronomer, established a model of the universe with the sun, rather than earth, at its center. His most notable book, On the Revolutions of Heavenly Bodies, was highly controversial when it was published in 1543 but nevertheless became a fundamental turning point in the history of science.
Copernicus published his book On the Revolutions of the Heavenly Bodies (hereafter referred to simply as Revolutions) in 1543 shortly before his death.1.) In Revolutions, Copernicus states that the Sun is at the center and the Earth revolves around it while rotating on its axis daily.2.) Like all scholarly authors, Copernicus wrote in Latin, which only educated people could read, effectively minimizing the number of readers to a select few.3.)
The phrasing Copernicus utilized was “that if the earth were in motion then the observed phenomenon would result.”4.) This phrasing is extremely important as it means the Copernicus himself could deny he believed it; he merely fashioned it in such a way that it was a hypothesis that would allow astronomers to correct mathematical errors they came across while observing the heavens. By writing in this fashion, Copernicus would have been able to deny that he himself believed in heliocentrism because he phrased it as nothing more than a hypothesis and as a result, would be able to slip past the Church’s dislike of heliocentrism.

Copernicus’ theories are not fully formed, meaning there are several flaws that make the heliocentric hypothesis appear weak and ill-contrived. According to Giovanni Tolsani in 1546, a member of the Dominican Order, “almost all the hypotheses of this author Copernicus contain something false”5.) and he “seems unfamiliar with Holy Scripture since he contradicts some of its principles.”6.) Revolutions was not placed on the Index of Prohibited Books until 1616, seventy-three years after it was first published.7.)
A censored version with some sections changed or omitted was released four years after it was prohibited.8.) It is possible that Revolutions was not banned immediately because of its hypothetical nature and weak arguments. However, Tolsani also wrote, a papal authority “had planned to condemn his [Copernicus’] book. But, prevented at first by illness, then by death, he could not carry out this [plan].”9.) After his death, the Church was heavily involved in the Council of Trent during the years 1545 to 1563 and other matters10.) . Thus, Revolutions escaped prohibition for many years and eventually influenced Galileo Galilei, who read it and wrote on the subject himself.
In 1616, Galileo was issued an injunction not to “hold, defend, or teach” heliocentrism.11.) When he began writing Dialogues in 1624, he intended to present both arguments equally. However, he wrote the arbitrator in such a way that he decided the Copernican speaker had the most points that made logical sense, thus supporting Copernicanism throughout his book.12.)
When Galileo originally tried to print Dialogues in 1630, he was ordered to have it printed in Rome. However, he left Rome because of the outbreak of plague and communicated with the Master of the Sacred Palace, the chief censor, through writing. The Master of the Sacred Palace ordered Galileo to have someone the Master chose review the manuscript to ensure it was fit for publishing.
Father Master Giancito Stefani was chosen to review the manuscript and the publisher followed all instructions from the Father Master.13.) Galileo said, during his trial in 1633, that he did not believe what he wrote, that he let his vanity influence his words and phrasing to make him appear more intelligent to his readers but this plan failed when his readers came to the conclusion that he believed the Copernican hypothesis to be true because of his powerful phrasing.14.)
Galileo wrote and published Dialogue on the Two Chief Systems of the World, Ptolemaic and Copernican (Dialogues) in 1632; Pope Urban VIII issued an order almost immediately to prevent the publisher from printing more copies.15.) It was printed in Italian, not in Latin like Revolutions, so all of Italy was able to read it.16.) The original title had been Dialogue on the Ebb and Flow of the Sea but it was changed so it would not appear that Galileo was pushing the fact that the tides supported his opinion and the new title also appeared more theoretical.

Galileo Galilei showing the Doge of Venice how to use the telescope
Galileo Galilei (1564 – 1642) made significant contributions to the scientific revolution, specifically by making improvements to the telescope and by making astronomical observations that supported Copernicus’s findings.
Also, the title with the sea in it might have made the Church feel threatened that Galileo was supporting heliocentrism, which would have resulted in Galileo being charged with heresy. Dialogues was structured as several conversations between a supporter of Ptolemy, a Copernicus supporter, and a neutral arbitrator. The Copernican supporter spoke Galileo’s mind and the Ptolemaic supporter was called Simplicio, simpleton in Italian.17.) Urban was infuriated when he read the book and saw that the phrase he required in order for the book to be published, about God’s omnipotence, was said by Simplicio.
In the Pope’s mind, Galileo was making a caricature of him by having Simplicio say that phrase. Personal vanity is believed to have led the Pope to cry for a committee to be made to determine if Galileo should be tried by the Inquisition and to determine how the book was published and not censored.18.) Galileo also insulted people who did not believe in Copernicanism; a fact which did not escape the notice of Pope Urban VIII’s advisory committee.19.) Because Galileo did not phrase his words as hypothetical, readers thought Galileo held the theory that the Earth revolved around the Sun.20.) The committee created by the Pope also came to the same conclusion: Galileo knew what he was doing and must be disciplined for it.
The committee created to charge Galileo determined that Galileo held heliocentrism as a matter of fact and violated the injunction issued to him.21.) With that decision, it was determined that Galileo would be tried by the Inquisition. The Inquisition did not need to decide if Galileo was innocent or guilty, they already knew he was guilty. The Inquisition wanted to determine what Galileo’s intentions were. Galileo tried to delay going to Rome for the trial, most likely due to the Inquisition’s infamous methods. He wrote to the Inquisitors and said he would be happy to answer questions by mail. He cited his failing health for his reluctance to take the 200 mile journey and had three doctors write to the Inquisition to say that he was unable to travel without risking his life.
The Inquisition gave him a short amount of time to come to Rome or he would be jailed and brought when his health was better.22.) The entire trial lasted eight months, after which Galileo was sentenced by seven of the ten Inquisitors. The other three refused to sign for unknown reasons. His sentence was that Dialogues would be placed on the Index of Prohibited Books, Galileo could be arrested if the Inquisition decided so, he would have to publicly admit that he was wrong, and he would also have to perform religious penance for an extended amount of time. He was also placed under house arrest at the Embassy. He was allowed leniency because he admitted he violated the injunction but did not do so intentionally. Galileo was eventually allowed to return to his farm house to live out the remainder of his life. His book remained on the Index of Prohibited Books for many years after his death.23.)
The committee that Pope Urban VIII organized had told the Pope that Dialogues could be corrected and then allowed to be published if any useful knowledge could be gained from it. However, the Pope did not allow this, possibly due to his irritation over Simplicio.24.) The Pope did not even allow Galileo a proper burial in a church; Galileo was buried in an unmarked grave in the Santa Croce Church in Florence.
In 1734, ninety-two years after his death, a request was approved to give Galileo a better burial place, a mausoleum in the church he was originally buried in.25.) Dialogues remained on the Index for 111 years before a censored version was released, in 1744. The censored version was heavily edited, some sections were completely removed. It was finally removed from the Index 202 years later, in 1835.26.) For many years, the Catholic Church continued to deny that the Earth revolved around the Sun.
It was only in 1820 that the Church allowed another astronomer, Joseph Settle, to declare the motion of the Earth, as proposed by Copernicus over 200 years ago, as fact. Three hundred and fifty years after Galileo’s death, Pope John Paul II said in 1992 “that Galileo suffered unjustly at the hands of the Church and praised Galileo’s religiousness and his views and behaviors regarding the relationship between science and religion.”27.)
Copernicus received fairly positive recognition not long after his death. With the exception of his book being placed on the Index, there was little else that affected how people saw him. For some time after his death, he continued to receive praise for his other mathematical works.28.) In other countries, his heliocentric hypothesis was taught in some universities, arguments for and against being taught.29.)
However, some were still critical of him. Tolsani wrote that Copernicus took the easy way by delaying publishing his book until he was on his deathbed, effectively escaping from the possible repercussions of the Church.30.) Perhaps Copernicus was right in delaying publication of Revolutions, for he feared the wrath of the Church. Scientists could not be sure that they were safe from criticism and religious persecution.