After the Cloud is Gone 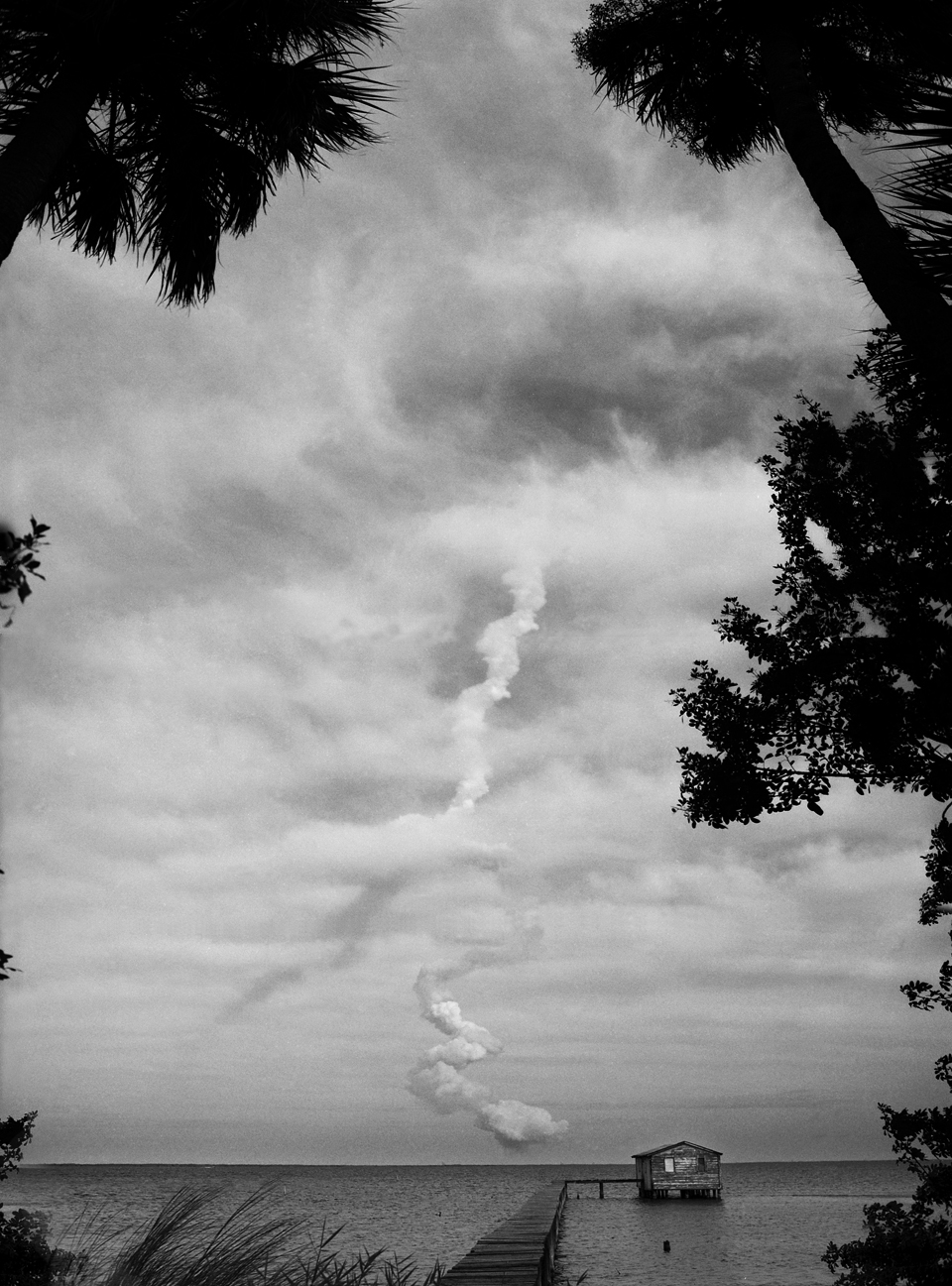 THE CLOUD, after the launch of the space shuttle Columbia, hangs quietly, acting as a signature in the sky, reminding those in the area of what they had witnessed.
This is the “scene” photographer Spencer Tunick looked back to see after having photographed a young, University of Central Florida theater student, representing the state of Florida in his “Naked States” tour.
Melissa was nude, kneeling on a small, weathered dock leading to an old boat house in the Indian River, and with the fiery launch of the space shuttle Columbia, roaring skyward in the backgound.

• “for all mankind”
For All Mankind is a 1989 documentary film drawn from original footage of NASA’s Apollo program which successfully landed the first humans on the Moon from 1969 to 1972. It was directed by Al Reinert with music by Brian Eno. The film concentrates on the beauty of the Earth as seen from space with the experiences of Apollo crew members and mission control staff played over original mission footage.

• “red moon”
An Apple TV series, imagining life in a late 1960s world after the Soviet Union puts the first man on the moon.