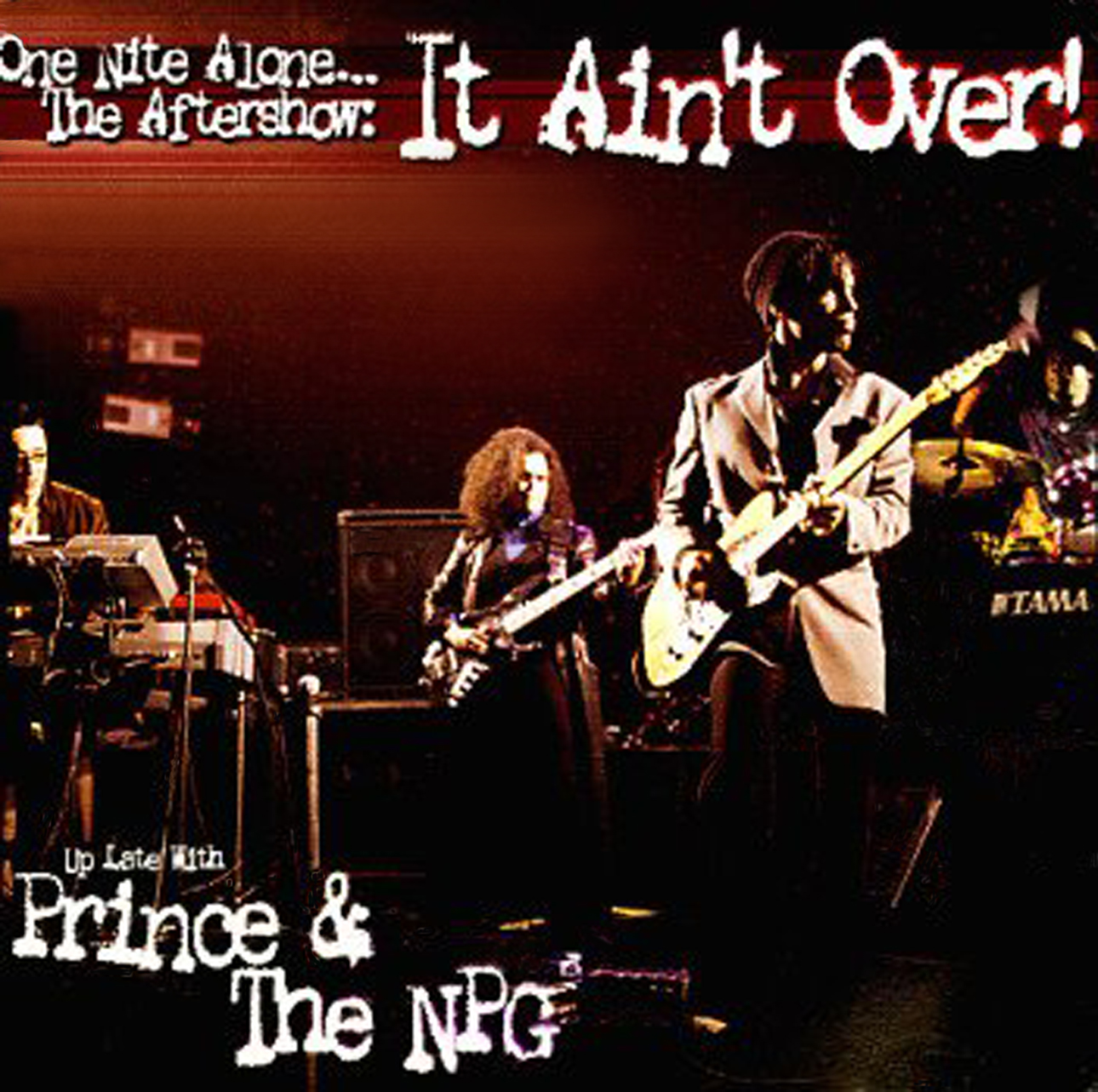 As part of Prince’s first “official” live recording (2002’s One Night Alone), a third disc, It Ain’t Over, was a good representation of one of the frequent after show performances, for which the most special entertainer was known.


Much of Prince’s musical legend was built upon his frequent after show performances … that were usually more short on theatrics and heavy on guitar. “Joy and Repetition” was the opening tune of It Ain’t Over (One Night Alone … The After Show, Up Late With Prince & The NPG), a third disc of the 2002 release, One Night Alone, and featured Sly & The Family Stone Larry Graham bassist and James Brown’s longtime saxophonist Maceo Parker.

Prince was honored with a Billboard Magazine Icon Award in 2013.