Since the beginning of recorded time, the moon has sparked the interest and fueled the imagination of most of those who have looked up to see it. 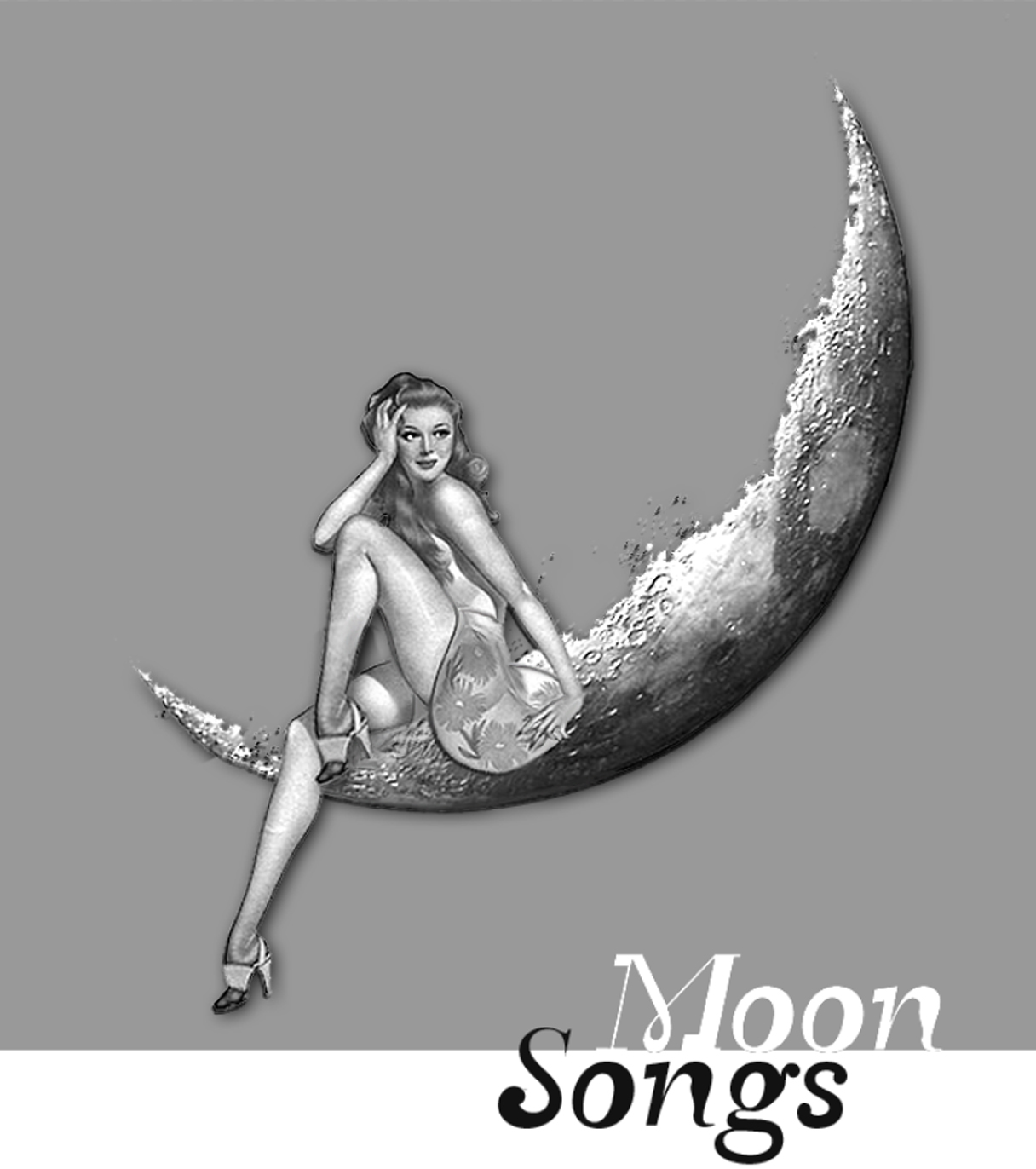 “The Night I Was Born,
The Moon Turned Fire Red.” — Jimi Hendrix 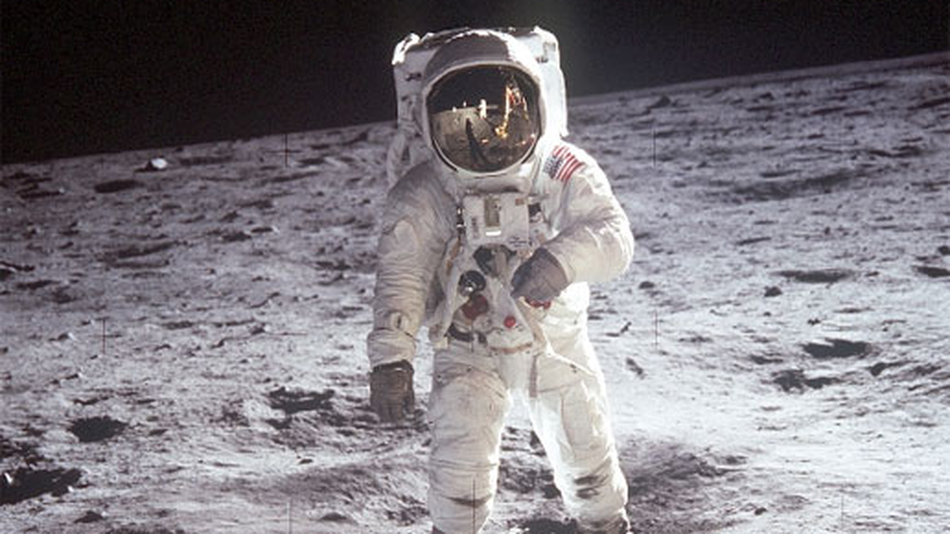 “Fly Me to the Moon” Frank Sinatra w/Count Basie

No Surprise:
Large collection of tunes residing on the top of whatever chart, the majority of the 185,000 songs streaming on Spotify today, confirming that the moon remains a most inspirational object in the artist’s imaginative mind.
Out of the hundreds of thousand songs, the most popular (streamed most often) of all is Creedence Clearwater Revival’s “Bad Moon Rising,” taking the listener back to 1969, when the song was first released, the same year as Woodstock, the legendary music festival in Upstate New York, and when on July 20, Neil Armstrong stepped onto the surface of the Moon.
#1 (Most Streamed)
Creedence Clearwater Revival “Bad Moon Rising” is the most streamed.Here’s the list in full. It wasn’t officially listed as a Spotify playlist, but you know there’s the opportunity to make your own.

“Talking to the Moon”
– Bruno Mars

“Fly Me To The Moon”
– Frank Sinatra, Count Basie

“Walking On The Moon”
– The Police

“Dancing in the Moonlight”
– Toploader

“The Killing Moon”
– Echo & the Bunnymen

“Bark at the Moon”
– Ozzy Osbourne

“Dancing In The Moonlight”
– King Harvest

“Why iii Love the Moon”
– Phony

“Howling At The Moon”
– Milow

“Dark Side Of The Moon”
– Lil Wayne, Nicki Minaj

“To the Moon and Back”
– Luke Bryan

“This Is How We Walk On The Moon”
– José González 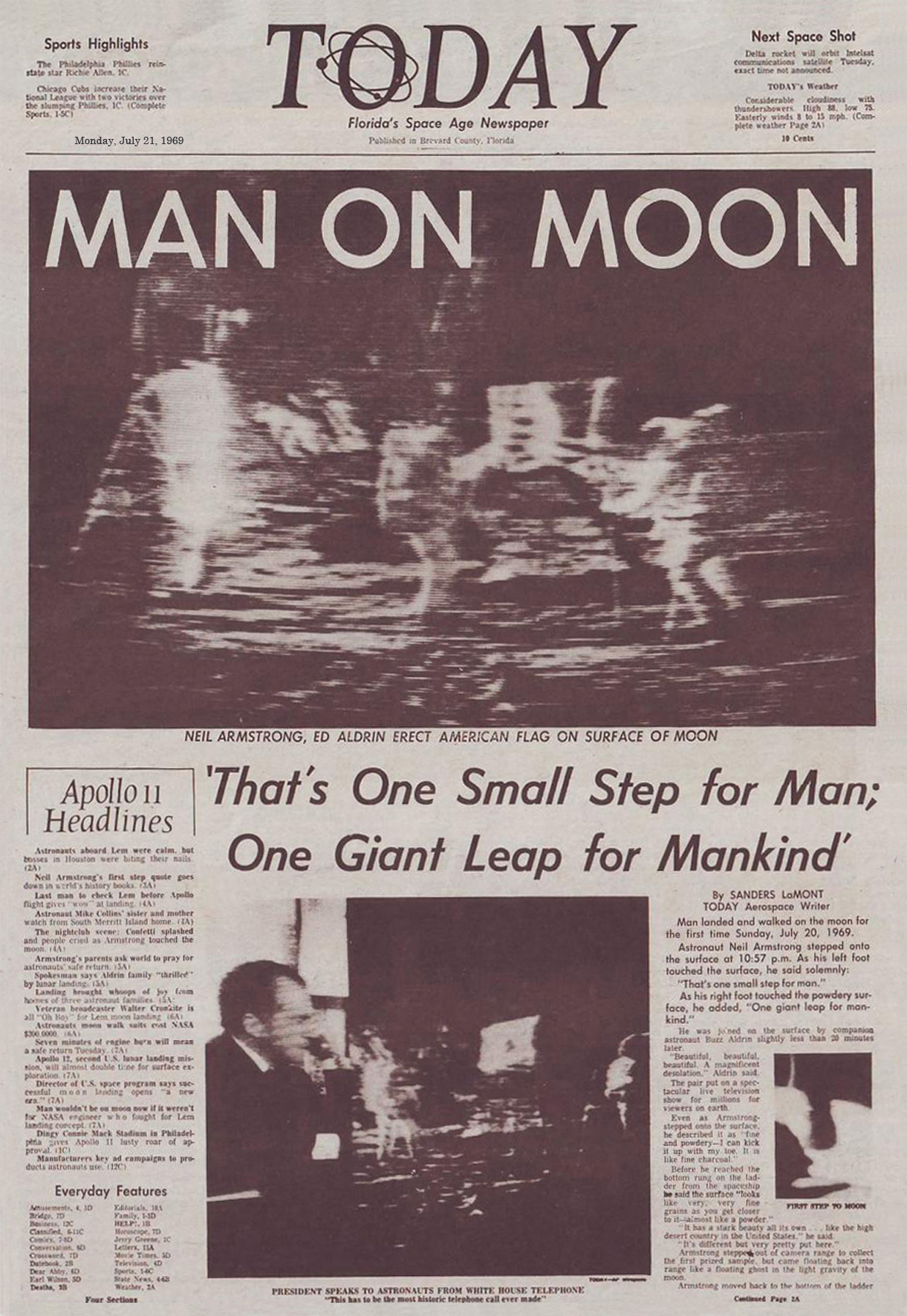 The result of more than one million Moon Songs submitted by the pulic.

NASA has a time-honoured tradition of playing music from Mission Control as wake-up calls for flight crews onboard space shuttles — staff at NASA’s Jet Propulsion Laboratory in Pasadena, California even used music to try and wake the sleeping Opportunity rover on Mars.

NASA reportedly equipped every astronaut from Apollo 7 with a compact Sony TC-50 cassette recorder in order to allow them to log mission notes. But before they held mission recordings, the cassettes could be filled with music for the trip — you’re just going to record over them, right?

In an interview with Vanity Fair, late record executive Mickey Kapp spoke of the mixtapes he would make for astronauts in the 1960s, including one for Apollo 11’s Buzz Aldrin.

“They could put music on the tapes for the ride up, and then record over it with their notes later, because who cares?” he told the magazine in 2018, explaining he would ask each astronaut for their musical preferences. “From that, I could develop a list of 30 or so songs, since I knew all the repertoire that was out there.”

On Aldrin’s mixtape was reportedly Barbra Streisand’s “People,” “Angel of the Morning,” by Bettye Swann, and Glenn Campbell’s “Galveston.” In a recording of the historic mission, you can hear a mention just before the six-minute mark. “Let’s get some music,” says Aldrin. “How about these tapes?” 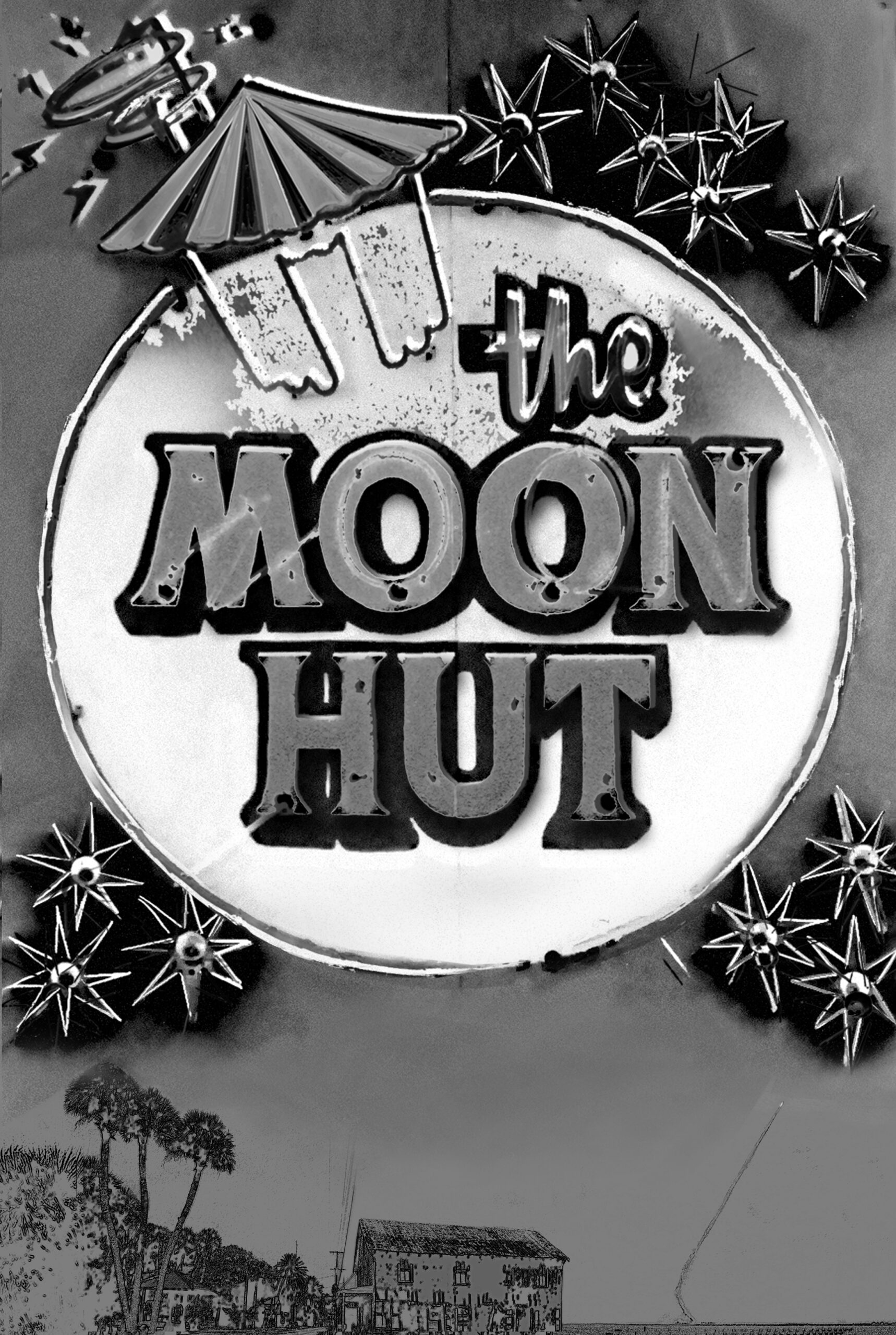 “The Whole Of The Moon”
b/ The Waterboys

Starrider Mix Tape
[Vanity Fair]
Back in 1969, a guy named Mickey Kapp, son of the founder of Kapp Records, was friends with a few Astronauts, and because of that, he was aksed to make a mix tape, including favorite songs of the Apollo 11 crew, to be the soundtrack for their adventurous “cruise” to and from the moon.

The audio cassette was still a relatively new format 50 years ago when popular music was defined by the Beatles, Rolling Stones and Simon & Garfunkel, but its compact size — smaller than the portable 8-track tape cartridge — made it an ideal sound vessel for space travel.
NASA began equipping astronauts with small Sony TC-50 cassette recorders — similar to the portable stereo Walkman, which would hit the world in 1979 — for the Apollo 7 mission in October 1968. The idea was so that they could log mission notes more easily than scribbling onto paper. But they could also use the cassette players for entertainment.

‘Fly Me to the Moon’, Frank Sinatra
The swinging 1964 Sinatra version recorded with Count Basie and arranged and conducted by Quincy Jones, was already a favourite of NASA space missions. “Old Blue Eyes’ ‘Fly Me to the Moon’ was played on the Apollo 10 mission to the moon in May 1969 —a test run, if you will, for Armstrong and Aldrin’s actual walk on the moon two months later.
But the Sinatra recording became immortal when Aldrin played it off of his NASA issued cassette player when he stepped onto the moon’s surface shortly after Armstrong.
“The first music played on the moon. I freaked!” Jones told The New York Times in 1990, recounting how Aldrin surprised him at a party to tell him how he’d chosen ‘Fly Me to the Moon’ as the soundtrack for his space walk.

‘Galveston’, Glen Campbell
Aldrin was clearly into what Billboard charted as “easy listening” music back then. Or, the tunes your dad played on the record player console in the family den. Among his picks: this Jimmy Webb-written classic by Campbell, which hit No. 1 on Billboard’s Easy Listening chart soon after its February 1969 release.
Webb has said ‘Galveston’, was written as an anti-war song when protests of the Vietnam War during then president Nixon’s first administration were building to a crescendo.
Campbell’s catchy, string-laden version, with its toned-down altered lyrics, was often perceived as a patriotic song, about a soldier missing his woman back home in the Texas city.
Aldrin’s from New Jersey but clearly he must have responded to the Campbell sentiment in lines like “Galveston, I am so afraid of dying/Before I dry the tears she’s crying/Before I watch your sea birds flying in the sun, at Galveston.”
‘People’, Barbra Streisand
Another Aldrin selection, this ballad was composed by Jule Styne and Bob Merrill for the 1964 Broadway musical Funny Girl that made its lead star — Streisand — “the greatest star.”
And as Aldrin and his compatriots stared out at the stars in lonely, cold and quiet space, the song’s need for human connection — “People who need people are the luckiest people” — had to resonate in the Apollo 11 spacecraft. Even on its mono recording.
‘Mother Country’, John Stewart
Stewart, fresh out of the Kingston Trio, had released his seminal folk album, California Bloodlines, in May 1969, a scant two months before Apollo 11’s blast off and seemingly too soon to catch the attention of busy astronauts prepping for a dangerous mission in space.
But somehow, Aldrin heard and liked the album’s seventh track, buried on side two of the original vinyl LP.
‘Mother Country’ is an affectionate ode to America during a tumultuous period — Stewart toured on presidential candidate Bobby Kennedy’s campaign trail, which ended when former president John F. Kennedy’s brother was killed in 1968. Stewart’s baritone voice on the song was playing on the astronauts’ Sony TC-50 cassette recorder on their return to Earth.
Producers of CNN’s acclaimed new documentary film, Apollo 11, heard the faint, scratchy sound of Stewart’s tune playing on the space craft amid the mission’s aural and visual footage and sought permission from Stewart’s widow, Buffy Ford Stewart, to include ‘Mother Country’ in Apollo 11, Collect Space reported.
Stewart, fascinated by space travel, was the unofficial songwriter for NASA and he paid tribute to the historic moon walk with his 1969 song, ‘Armstrong’.
On the 25th anniversary of Apollo 11, Stewart released a seven-track EP he called Armstrong. The collection featured a re-recording of the title tune tribute, along with NASA sound clips that included Armstrong’s “One Small Step” transmission to Earth upon setting foot on the moon on July 20.
Stewart’s Armstrong EP opens with a two-minute piece of Kennedy’s “Vision” speech in which he laid out his long-term goal for a safe moon landing and return to earth by the end of the decade. JFK delivered that sound bite on May 25, 1961.
Kennedy’s rival for the White House on that 1960 campaign — Richard Nixon — got to deliver the congratulatory phone call to Armstrong, Aldrin and Collins on July 20, 1969.

‘Three o’ Clock in the Morning’, Lou Rawls
Aldrin was an ol’ romantic, even at age 35 when velvet-voiced Rawls released this sweet ode to a loved one in 1965.

From politics to policing, hospitals to housing, we report on the issues that affect us all. We hold the powerful accountable and help create a Canada that works for every one of us.

“It’s three o’clock in the morning/We’ve danced the whole night through/And daylight soon will be dawning/Just one more waltz with you/That melody so entrancing/Seems to be made for us two/ I could just keep on dancing forever, dear, with you.”

‘Angel of the Morning’, Bettye Swann
Most people probably know the popular versions of songwriter Chip Taylor’s ‘Angel of the Morning’ through Merrilee Rush’s 1968 hit recording or Juice Newton’s Top 5 country-pop crossover smash in 1981.
But this 1969 version by singer Bettye Swann, which “bubbled under” the Billboard Hot 100, was the Apollo 11 choice.

‘Spinning Wheel’, Blood Sweat & Tears
‘Spinning Wheel’, with its catchphrase “What goes up/Must come down,” must have been wishful thinking for the NASA flight crew back in Houston and the three men making history on their three-day, 238,000-mile journey to the moon and back.
The week after splashdown, the jazz-rock crossover group’s eponymous Blood Sweat & Tears album returned to No. 1 on The Billboard 200 chart — dethroning the Broadway cast recording of Hair, which was No. 1 when man first walked on the moon.
The breakthrough hit from Hair? The out-there ‘Aquarius/Let the Sunshine In’, a fixture on space missions for years to come.
‘Mist of the Moon — Music Out of the Moon’ and ‘Moon Moods’, Dr. Samuel J. Hoffman, Harry Ravel and Les Baxter
Armstrong’s taste for exotica was revealed in high fashion when he took along a, well, weird album titled Music Out of the Moon: Music Unusual Featuring the Theremin —Themes by Harry Revel with him on board Apollo 11.
The music, recorded by bandleader Baxter and released by Capitol Records in April 1947, was an amalgam of late 1940’s lounge jazz and orchestral film music cut with Hoffman’s otherworldly playing of the electronic theremin instrument.
According to Deseret News, mission control in Houston heard Armstrong playing ‘Moon Moods’ on Apollo 11, “and thanked him for turning it off.”

‘Everyday People’, Peggy Lee
The world was grooving to R&B superstar Sly Stone’s ‘Everyday People’ for months after its November 1968 release. But maybe it was just a bit too gritty for the astronauts’ personal tastes. Still, they apparently couldn’t resist its melody as this cover by song stylist Peggy Lee found its way onto their Sony (pre-Walkman) cassette player.

‘Everyone’s Gone to the Moon’, Jonathan King
Michael Collins chose this descriptive song by King, a British singer-songwriter, who brushed the American Top 20 with the hit in 1965. Nina Simone, Doris Day, Percy Faith and the Flaming Lips all had a go at ‘Everybody’s Gone to the Moon’, but Apollo 11 sent it into the stratosphere.

FUTURE MOON MISSION MUSIC
Meantime, in June, NASA initiated a social media challenge, asking the public to suggest songs for a moon tunes road trip playlist — #NASAMoonTunes, for a planned return to the moon in 2024.
NASA, in tandem with its science educational component Third Rock Radio, set the same time frame for submissions that coincided with the period one month out that Apollo 11 astronauts used to prepare for their trek 50 years ago.
Apparently, contemporary astronauts may bop on the moon to South Korean boy band BTS rather than Sinatra, Streisand and Stewart.
Correction – May 1, 2020: This article was edited from a previous version the misstated the name of Jonathan King’s song, ‘Everyone’s Gone to the Moon’.
Correction – May 5, 2020: This article was edited from a previous version that misstated Les Baxter’s given name.