Henry Morrison Flagler — Spends the next decade chasing his personal “moon.” A dream to take his railroad 150 miles farther south, across near open ocean, to Key West, building a string of historic hotels along the way.
•St. Augustine (Ponce de Leon)
•Ormond Beach (The Ormond)
•Palm Beach (The Breakers) 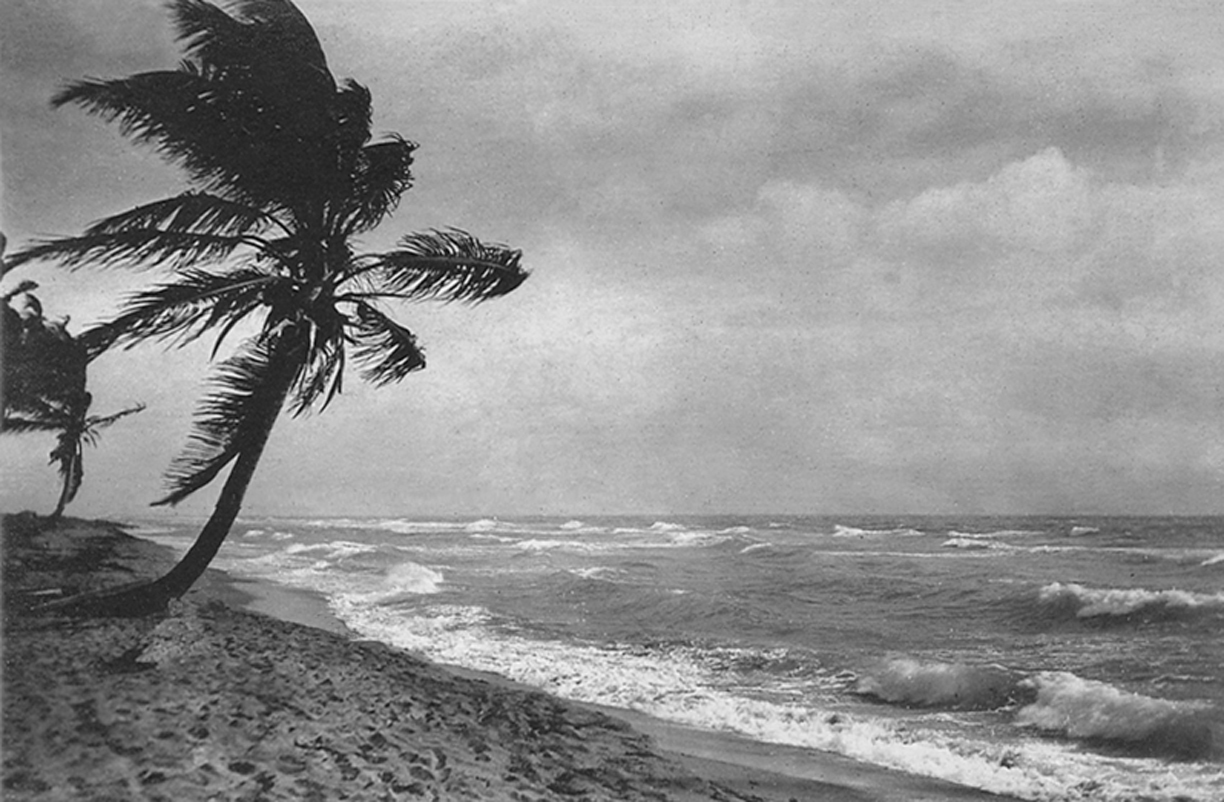 One of the earliest (1903) post card images of Miami Beach
a natural ocean dune lined with randomly growing coconut palms.
The first development
carving out a narrow sand trail along the coast
Collin’s Avenue
coconut palms then planted in a more organized (plantation) style
The first attempt to commercialize the newly found barrier island. 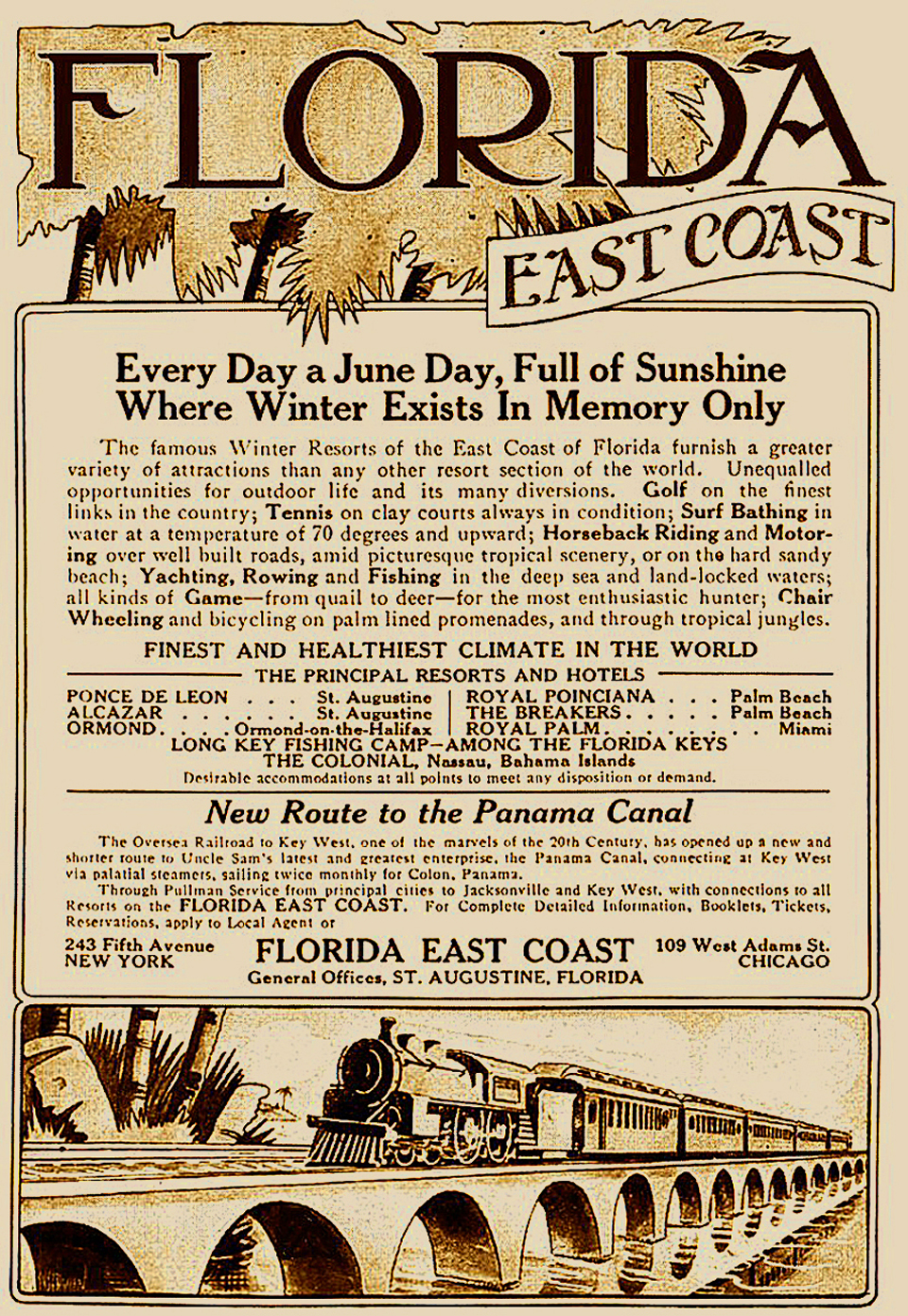 Alcazar
1899
The Alcazar was also a popular casino and spa
Featuring private lounges and cabanas
“a place for recreation and amusement”
said a promotional line for Florida’s inaugural “season” in 1899.
The Alcazar was a casinofeatured an artesian well-fed, 120ft long pool, its own “fountain of youth.”
Architects who designed the Hotel Ponce de Leon and the Whitehall.

Cordova
1888
The smallest of the three St. Augustine hotels.
Located in the same square as the other two.
Flagler changed the name from Hotel Casa Monica to Hotel Cordova.
The great depression forced the Cordova to close in 1932.
Today, the hotel is active as the Hotel Casa Monica.

The Royal Poinciana
1894
With indoor plumbing, electricity and a telephone system, The Royal Poinciana’s first guest list was made up of America’s most prominent citizens. Industrial Revolution titans, those creating the coming century’s new world order.
In 1905, The Royal Poinciana was the World’s largest hotel and wooden structure.
… and was torn down in 1936.

The Breakers
1901
Flagler’s second Palm Beach hotel, stands on the island’s east shore, directly across from Flagler’s home/mansion he called Whitehall.
At first, the hotel was called the Palm Beach Inn, until Flagler took control and re-named it. and got changed to The Breakers when Mr. It Originally, it was to be a overflow hotel, but it’s location on the beach made it desireable as a first choice.
Fires in 1903 and 1925 both destroyed The Breakers. After the second fire, it took architects and workers 11 months to design and build The Breakers as it still sits today, nearly a century after its 1926 reopening.

The Breakers
1897
After the devastating freeze in Palm Beach, Flagler was lured south to Miami (Fort Dallas at the time) by a woman named Julia Tuttle. One of Florida’s earliest pioneers, she sent a living orange branch, a survivor of the freeze, along with a message telling Flagler that Florida’s grass was greener at its southernmost tip.
Julia’s successful seduction, not only extended Flagler’s journey to Miami, but inspired his imagination to making the Florida East Coast Railroad’s terminal 150 miles south, on the last of a string of small barrier islands called Key West. (Flagler’s Moon)