Since its 1920s ascension, Miami Beach has remained a fashionable place to be. In the beginning, a place for the wealthy to spend their winters, made all the more glamorous when Hollywood came to visit. Frank Sinatra (Tony Rome), The Rat Pack, Jerry Lewis, Elvis, Desi, Lucy, and Jackie Gleason all influenced Miami’s growth. The cultural best of Los Angeles, Las Vegas, New York, and Havana all made their way to the United States only tropical metropolis. 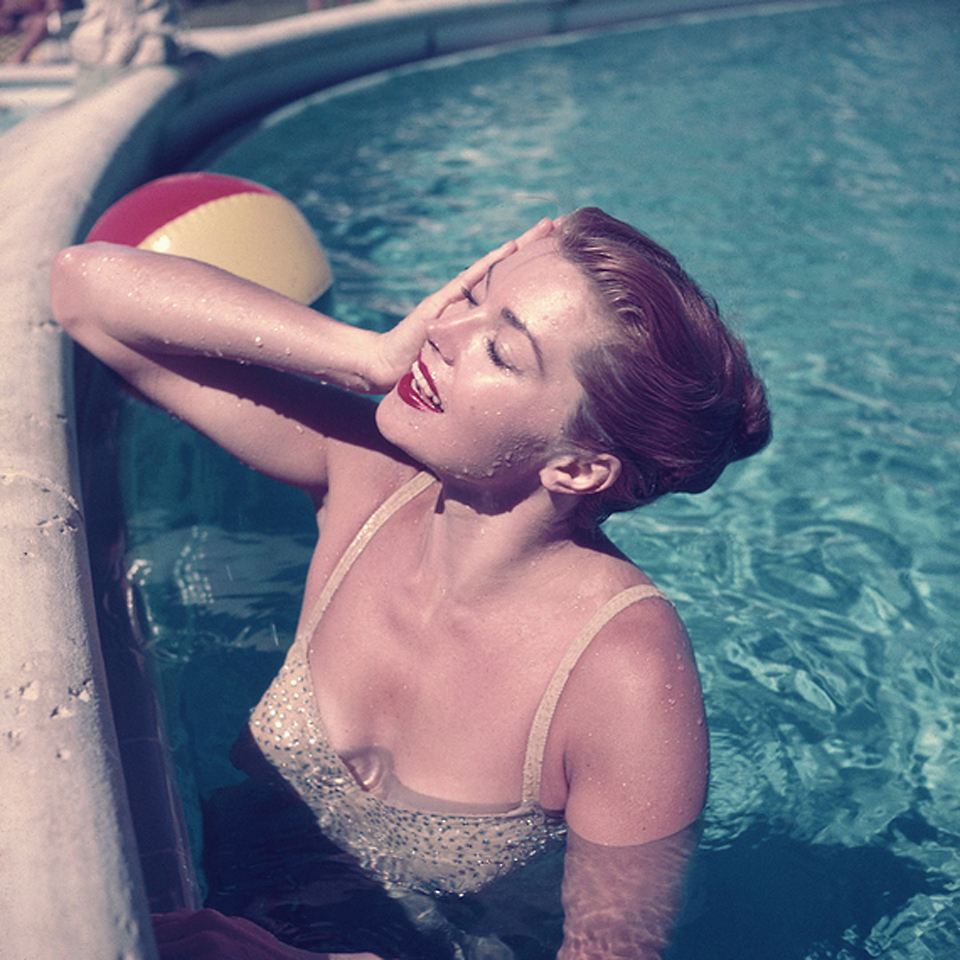 Esther Williams — Fort Lauderdale resident (1955) was the Original Bathing Beauty. A most popular Hollywood actress, who starred in a number of MGM musicals of the 1940s and 1950s.

Then and Now
The city has always, and still, attracts the most shapely and beautiful among us. The pretty people, Those happy to be seen.

Ocean Drive: The subject of so many opening (Miami) movie and television scenes, and the look so many have associated with Miami, Miami Beach, South Beach, SoBe, or whatever anyone wants to call Dade County, Florida.

The Day The Fashion Died
1992 — VH1 Fashion Television produced a “Day In The Life” of the fashion industry on SOUTH BEACH, including a short interview with Gianni Versace, the Italian Designer, and Fashion God of the Day, at the opening of his new “flagship” boutique on the corner of 4th Street and Collins Avenue, Miami Beach, Florida — SOBE to those in the fashion know-of-the-day.

Versace brought added life to a neighborhood that had been on a steady rise since the Miami Vice, pastel-fashion revival. Four years later, Versace was shot and killed on the steps of his Spanish-style mansion on Ocean Drive.

1960
Mitch Glazer (STARZ) glamorized the evolution of Miami’s dark side.