“Some Like It Hot”
Two Struggling musicians (Tony Curtis and Jack Lemmon) witness the St. Valentine’s Day Massacre and are now on the run from the Mob. Jerry and Joe cross-dress into an all female band in which Sugar (Marilyn Monroe) is the lead singer.
In addition to running (to Florida) for their lives, Tony and Jack have more hilarious problems in their love lives. Marilyn confides in lustful Tony, but he can’t reveal he’s a man, and Jack has a wealthy gentleman suitor who won’t take “No,” for an answer. 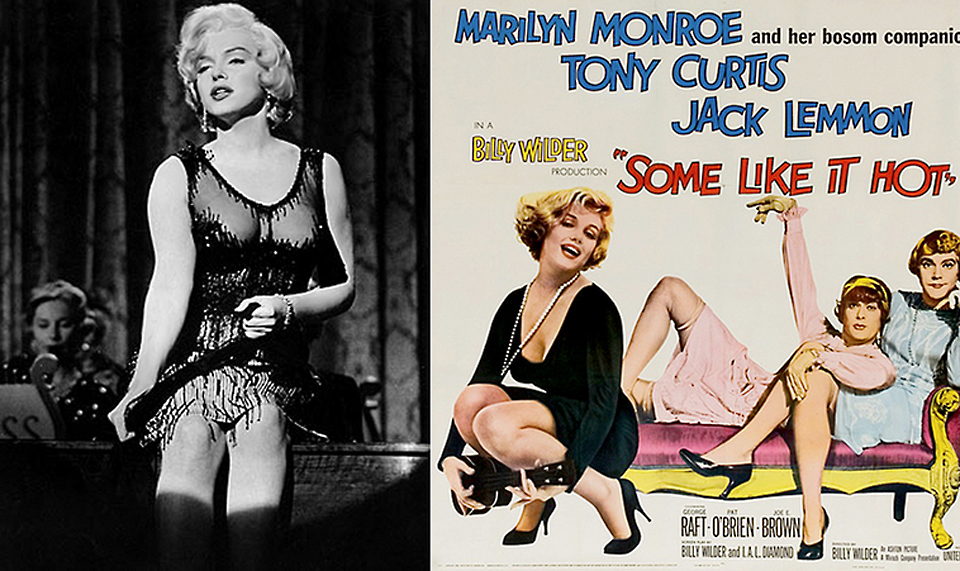 the best of situation comedies
[1959] — Billy Wilder’s classic, starring Jack Lemmon and Tony Curtis (in drag) and Marilyn Monroe (at her hottest), has stood the test of Hollywood time, and easily ranks as one of the finest comedies ever made.