Making Florida
Those Pioneer spirits and dreamers, willing to venture into the Forest, Jungle, and Swamp,
exploring the possibility of making Florida their home.

Deep Down In Florida 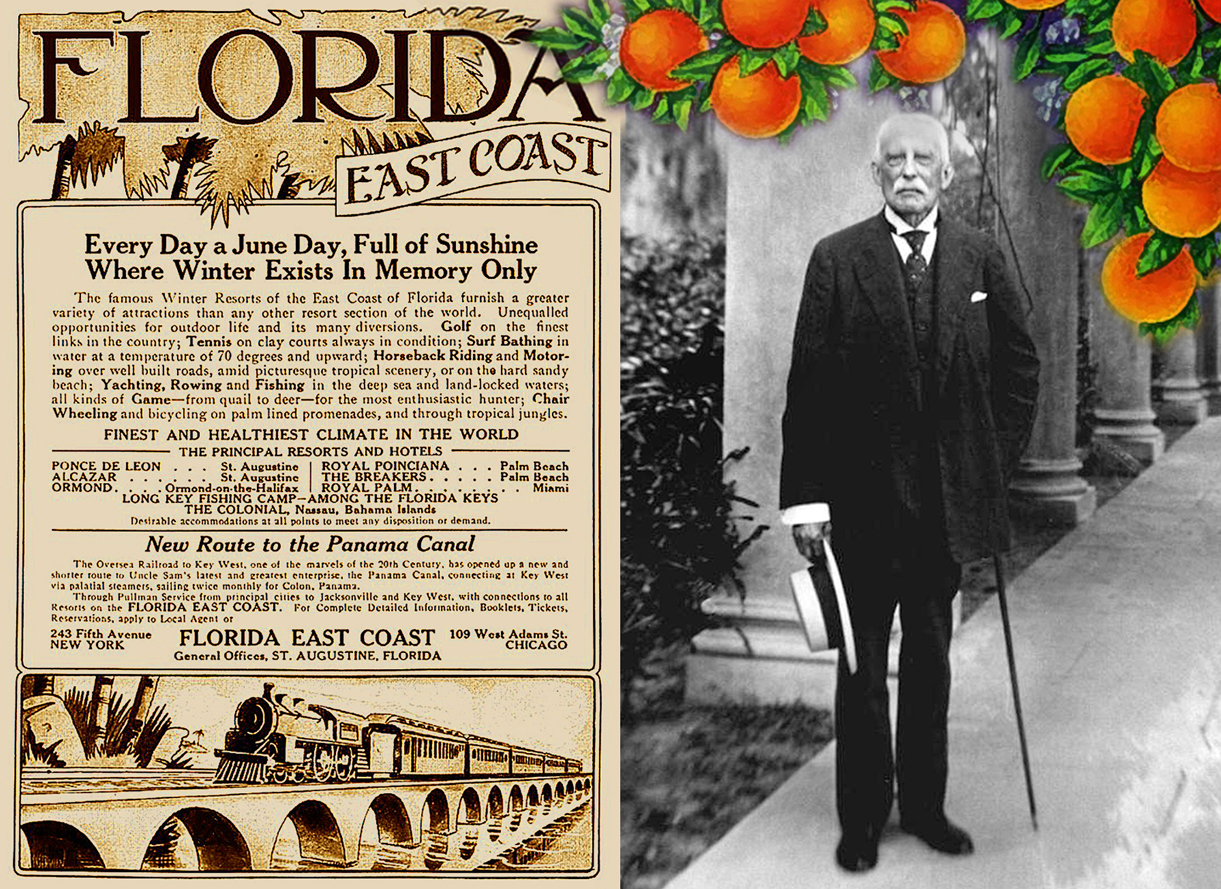 A legendary friendship and business relationship between Julia Tuttle (“The Mother of Miami”) and railroad barron Henry Morrison Flagler is largely responsible for the creation of Miami Beach on the small barrier island just across Biscayne Bay.
Before Miami Beach’s incorporation in 1915, most residents on the small barrier island along South Florida’s Atlantic coast were farmers, attempting to grow coconuts and avacodos.
One of those early residents was Helen Lummus (pictured below), whose husband is credited as the first to see Miami Beach as a resort destination rather than an agricultural opportunity.

DISCOVERY/DEVELOPMENT
In the early 1900s (before incorporation), Miami Beach attracted many early entrepreneurs, including John Collins. One of the investors in Lum’s failed coconut plantation, Collins decided to grow avocados instead. While crops were bountiful, Collins was unable to get them to market on the mainland. Therefore, he began building a canal and a bridge that would connect South Beach to the mainland. Collins, however, went broke before his canal and bridge could be completed.
In 1912, along came John and James Lummus with a new vision for South Beach. They decided to turn the island into a “Fairy Land,” featuring a large public bathhouse that tourists would be shuttled to via a ferry from the mainland.
This 20th-Century vision could be seen as the planting of the seed that grew Miami Beach into a resort destination, and what has become today’s fashionably popular South Beach. In fact, the name “South Beach” was coined by one of the Lummus brothers’ daughters.
Following Lummus’ lead, another early Miami pioneer, Carl Fisher, played the most instrumental role in the evolution of South Beach into a true resort destination. Already wealthy with a winter home in Miami, Fisher noticed the unfinished bridge left by Collins, and partnered with him to build a hotel for tourists. Through this partnership, Collins finally got his bridge and Carl Fisher in 1913 completed South Beach’s first luxury hotel.
Meanwhile, the island’s thick mangroves were removed and the bay was dredged. Soil from the Everglades was shipped in as fill and trees and shrubbery soon lined the streets of South Beach.