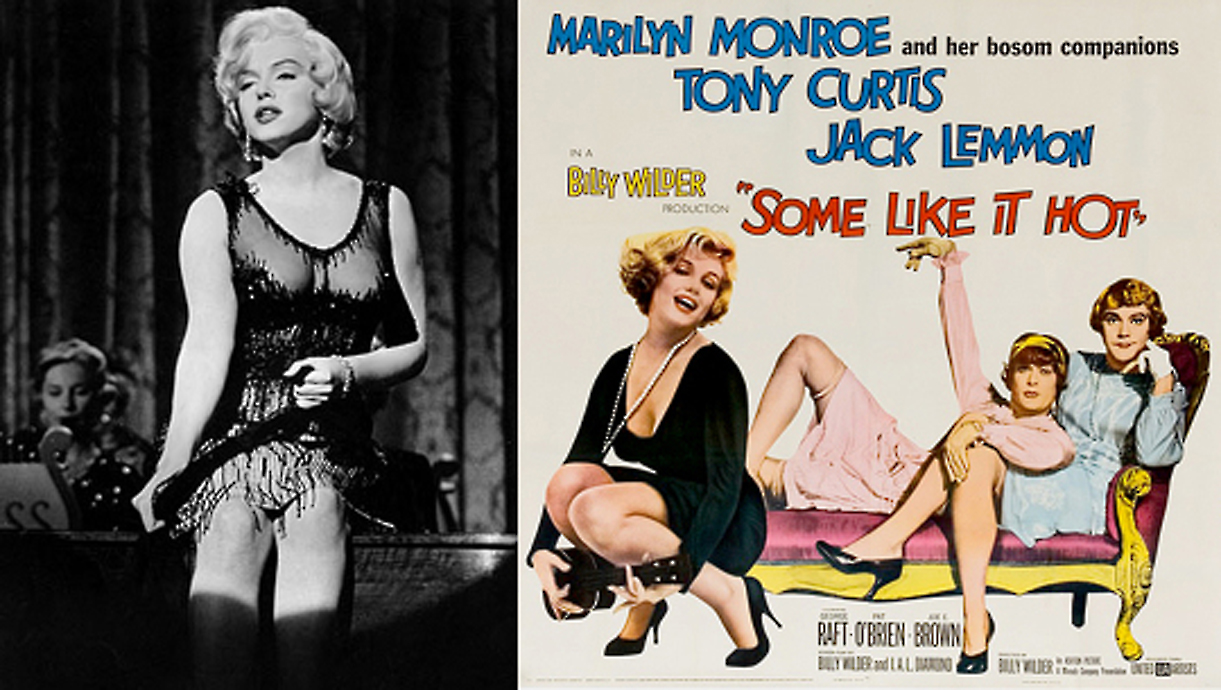 [1959] — Billy Wilder’s classic, starring Jack Lemmon and Tony Curtis (in drag) and Marilyn Monroe (at her hottest), has stood the test of Hollywood time, and easily ranks as one of the finest comedies ever made.dave hogerty