by Doctor L
Although Emory’s work was mostly considered politically and socially militant,
But over time, it is seen as inspirational, and recognized around the world.

The concept behind this project is to highlight the efficacy of the visual, oratorical and musical arts as means of communicating ideas. Taking their inspiration from the works of Emory Douglas, Umar Bin Hassan and Abiodun Oyewole, the charismatic members of The Last Poets, have written 8 powerful poems reflecting in depth the past and today’s cultural and political agenda. As he reflected on these verses, David Murray has composed 8 melodies used as the core basis on which the music will be built on and performed by the different bands collaborating on the project such as Living Colour and The Roots. 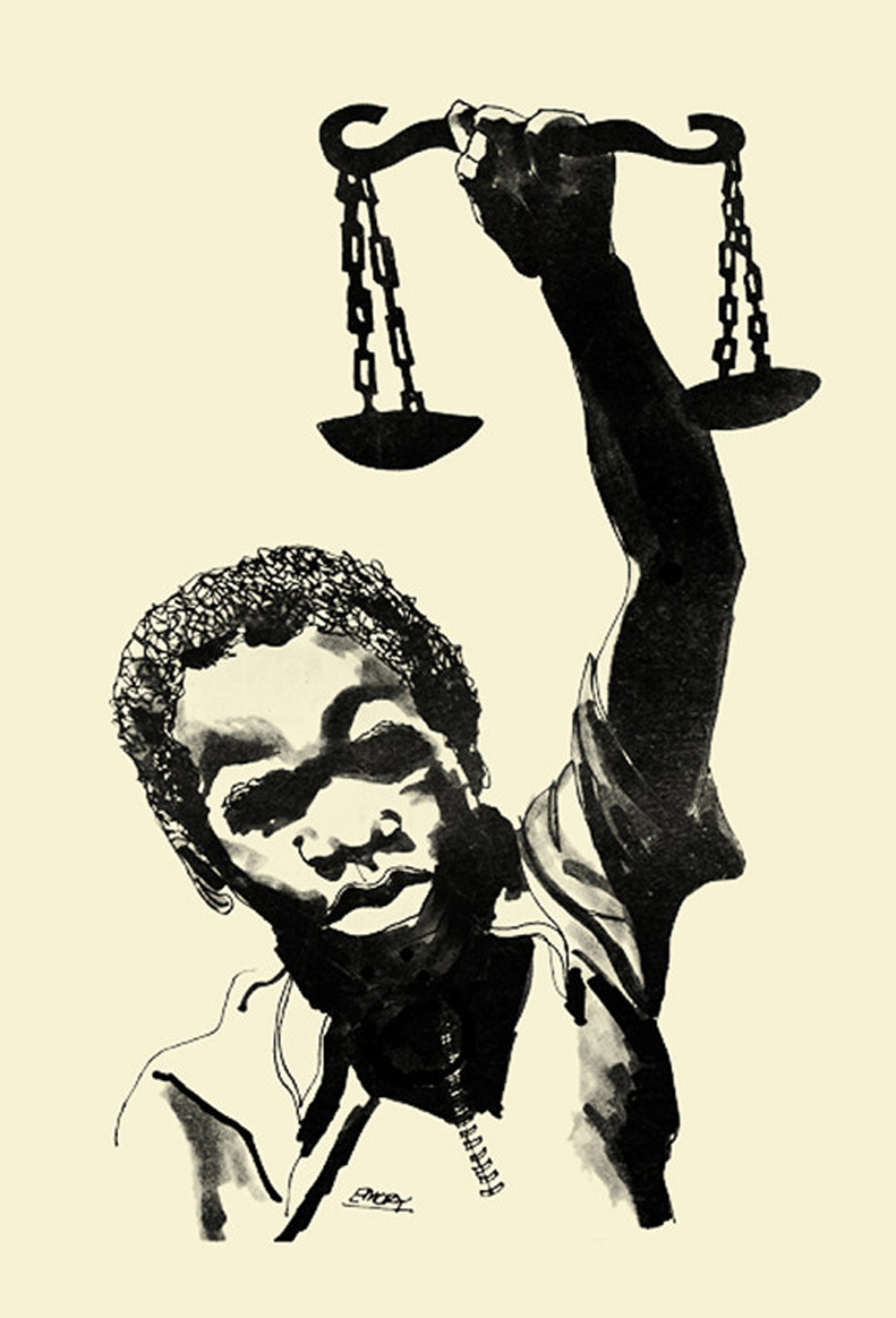