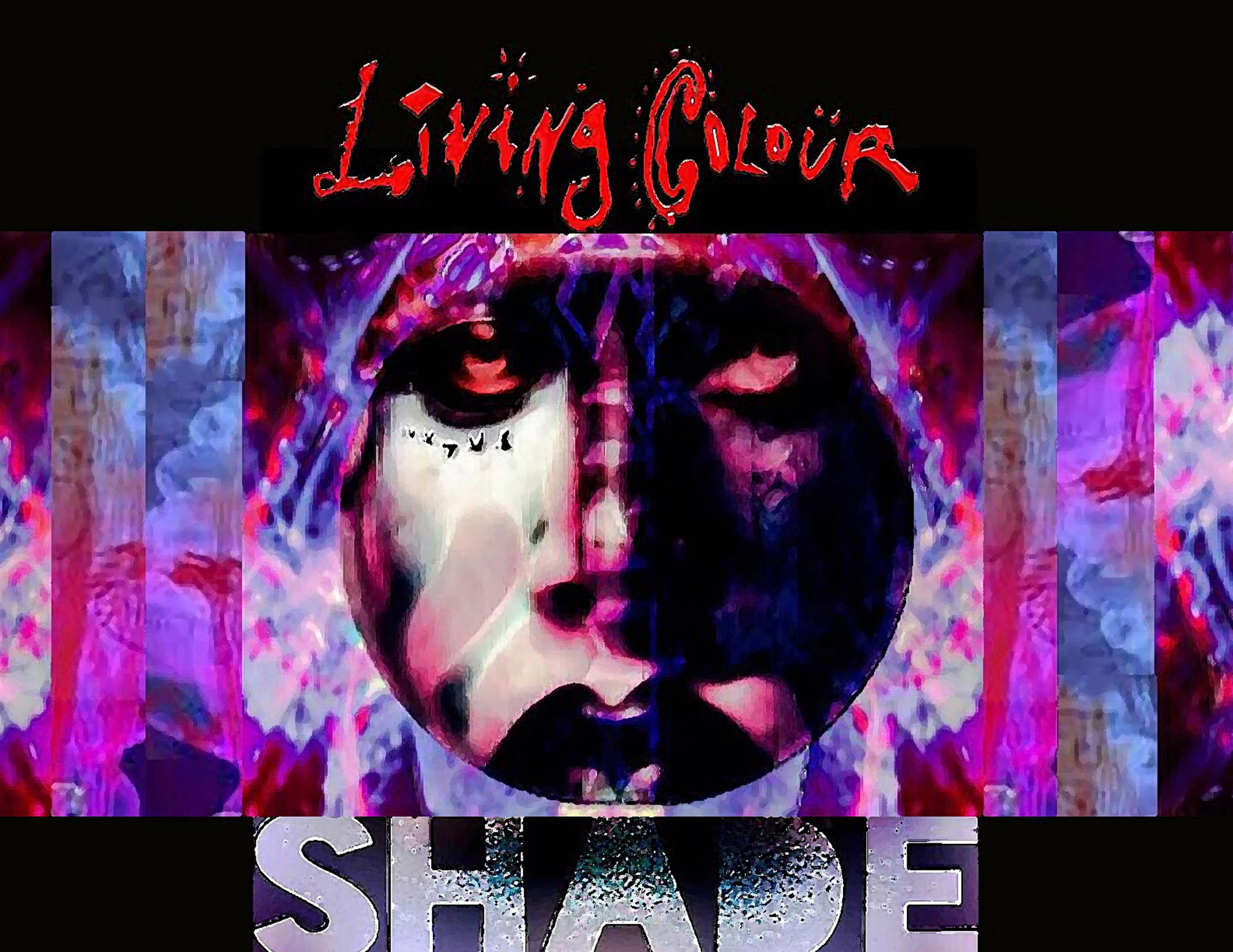 [“the news you use has been falsified

to use my fear against me and decide.”]

• LIVING COLOUR / BACK TO COVER

To introduce “Program,” a critique of reality TV on its sixth studio album Shade, Living Colour samples a Scarface (Gheto Boys) interview, in which the rapper, after frustratingly and unsuccessfully searching his memory, asks “Who is that fucking band?” and after the interviewer answers “Living Colour.”
Scarface then asks rhetorically, “FIND ME ANOTHER BLACK ROCK BAND, SERIOUSLY.”
The undeniable implication, as far as Scarface is concerned, is that there are none.

Vernon, co-founder of the Black Rock Coalition, might disagree.

•  SCARFACE IDENTIFIES LIVING COLOUR AS THE ONE AND ONLY BLACK ROCK BAND.

August 2, 2017 — Living Colour played a set at the Funky Buddha (craft brewery) in Fort Lauderdale, Florida to announce the (Sept.9) release of its new album SHADE, the band’s first since 2009’s Chair In The Doorway.

Living Colour’s sixth studio album is not only a display of musical excellence, but also proof that the band is every bit as relevant today as it was in 1988 when it debuted Vivid.

I see what’s happening I got nothing to hide

You can’t shut me up treat (me) like a child

Won’t sit back and just abide

Gonna let you know just what going on my mind

This time I won’t be denied

You gotta do what you want

You gotta say what (you) feel

You gotta be who you are

The news you use has been falsified

To use my fear against me and decide

Won’t let you choose for me pick a side

No left no right no middle no divide

No black or white

You gotta do what you want

You gotta say what feel

You gotta be who you are

No left no rights no middle no divide