•  THE WONDERFUL WORLD OF LIVING COLOUR 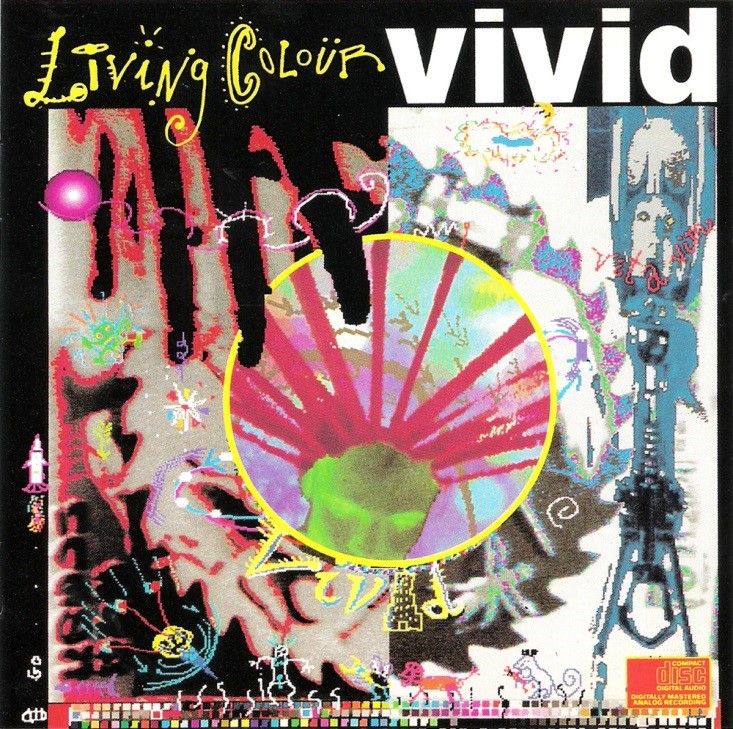 • strikingly bright or intense, as color, light, etc.:
A VIVID GREEN
• full of life; lively; animated:
A VIVID PERSONALITY
• presenting the appearance, freshness, spirit, etc., of life; realistic:
A VIVID ACCOUNT
• strong, distinct, or clearly perceptible
A VIVID RECOLLECTION
• forming distinct and striking mental images
A VIVID IMAGINATION
What’s Your Favorite Color?
A lot of hard-rock bands imitate Led Zeppelin, but Living Colour is one of the few that managed to emulate the original. Instead of slavishly coping licks from the Zeppelin catalogue, Living Colour appropriated the band’s eclecticism and eagerness to experiment, a combination that keeps it from falling victim to the cliches that make most metal so predictable.
After all, how many other hard-rock acts would open an album with a sound bite from Malcolm X? Bt that’s exactly how Vivid begins, and not only does the quote fit neatly into the sound and sensibility of “Cult of Personality,” it nicely balances the song-ending samples of JFK and FDR. More interesting than the song’s message, however, is its method, for “Cult of Personality” happily augments its bluesy power riffing with modal asides that add to the melody without diminishing the aural impact. It helps that the band’s founder, Vernon Reid, built his reputation as a free jazz guitarist, and that the rhythm section is as at home with funk beats as metal stomps. But Vivid is full of unexpected left turns, from the Beach Boys bridge in “I Want To Know,” to the James Brown-isms of “What’s our Favorite Color?,” to the furious fusion-style intro to “Desperate People.”
Best of all, the band backs its musical vision with insight, offering pointed, perceptive social commentary through songs such as “Funny Vibe” and “Open Letter (to a Landlord).” 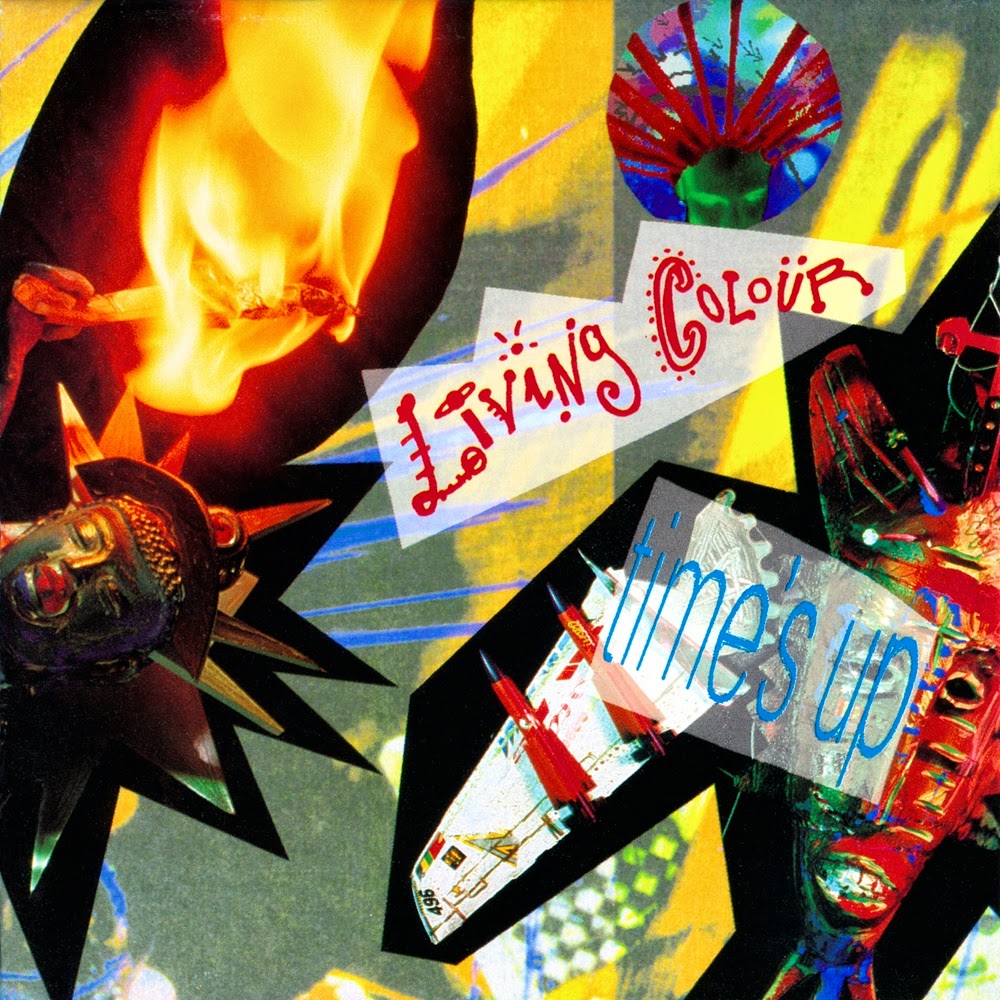 Time’s Up, Living Colour doesn’t just maintain its initial momentum, but actually accelerates. Musically, the band casts an even wider net, with a nod to the Bad Brains on the opening tune, “Time’s Up,” and bringing in such guests as Little Richard, Maceo Parker, and Queen Latifah. Accordingly, its best moments are stunning. “Elvis is Dead” is a meditation on the Lord of Graceland, “Type” is a thought-provoking attack on the power of image over substance; while “Love Rears Its Ugly Head”is a modern blues, a song about sex and fear and desire that’s as real as life itself. 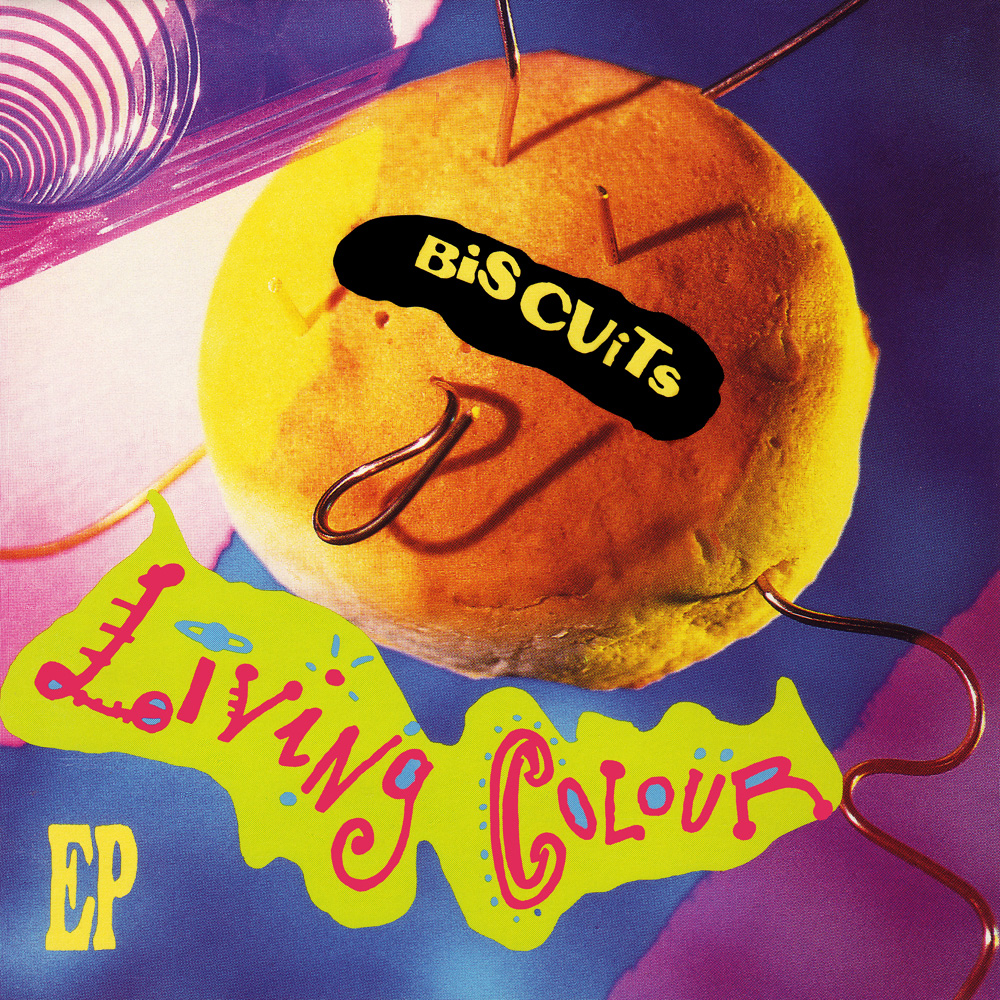 Biscuits,released while the band was on hiatus, offers nothing new — a live “Desperate People,” a leftover from the Time’s Up sessions, and three covers — but it’s worth hearing if only for the crunchy remake of Al Green’s “Love and Happiness” and Reid’s incendiary take on Hendrix’s “Burning of the Midnight Lamp.” 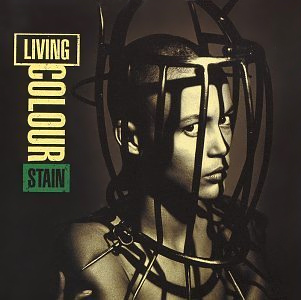 Stain, bassist Muzz Skillings was replaced by Tack>>Head(and Sugar Hill Records House Band) veteran Doug Wimbish. Stylistically, it was a step forward for the band, with samples and slick backing vocals fleshing out the sound. But apart from “Ignornace Is Bliss” and the pointedly political “Auslander,” the material was largely unexceptional.
Within a year of the album’s release, Living Colour called it quits. 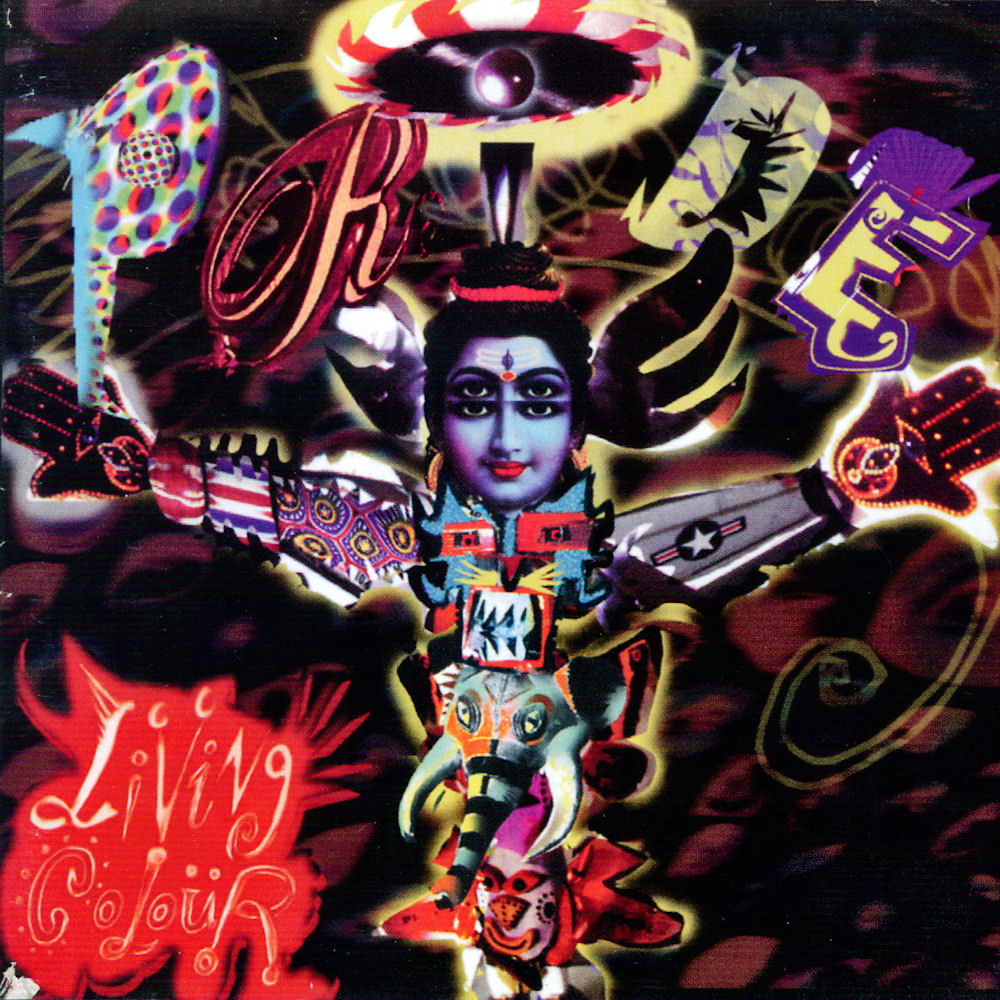 Pride is an aptly title best-of that, unlike most of its ilk, saves some of its best stuff for last. Super Hits is a much more meager offering, but does include “Elvis Is Dead,” which Pride inexplicably omits. — RS

2.   THE WONDERFUL WORLD OF LIVING COLOUR

VECTOR IN THE SKY, WITH GLASSES

Time Tunnel —  An (out-of-print)documentary follow the young band through much of 1989, the year Mick Jagger asked Living Colour to open for the Rolling Stones’ on their North American[STEEL WHEELS] comeback tour. The film includes behind the scenes pictures, candid and revealing interviews, and a nice selection of live performances, from the small, underground clubs they had been playing just two months earlier, to the Stones’ sold out arenas and 100,000-seat stadiums.

More than 30 years after their first strike with Vivid and “Cult of Personality,” Living Colour still reigned as one of Rock N Roll’s finest [hard rock/ metal/ funk/ fusion] bands. “Freedom of Expression,” on [2017]’s Shade, was a timely reminder that Living Colour is, as always, Playing Loud and Saying Something.

and a meteoric rise into musical space.