King of The Beat
Keith Leblanc

1980 — As the drummer in the Original Sugar Hill Rhythm Section, called “The World’s Best” by the New York Times, Keith LeBlanc created and played many of the beats we now know were the foundation of the culture-defining movement that came to be known as Hip Hop. 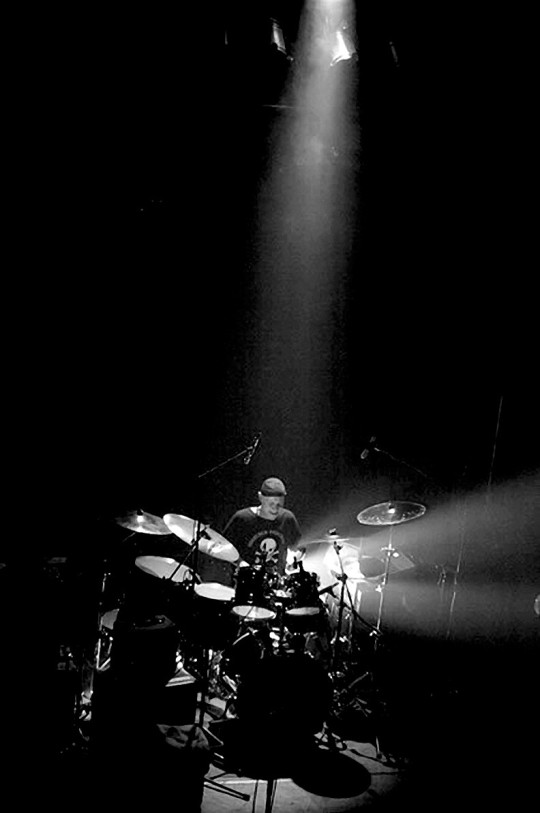 Recalling the earliest days of Hip-Hop, Keith will tell you that playing outdoor parties in the parks (basketball courts) of The Bronx, Harlem, and Jamaica Queens with:

Artists United Against Apartheid (1985)
Tom Silverman created Tommy Boy Music in 1981 in his New York City apartment with a $5,000 loan from his parents. The label was an outgrowth of Silverman’s Dance Music Report bi-weekly publication, which spanned 14 years, beginning in September 1978.
ON-U SOUND — Adrian Sherwood 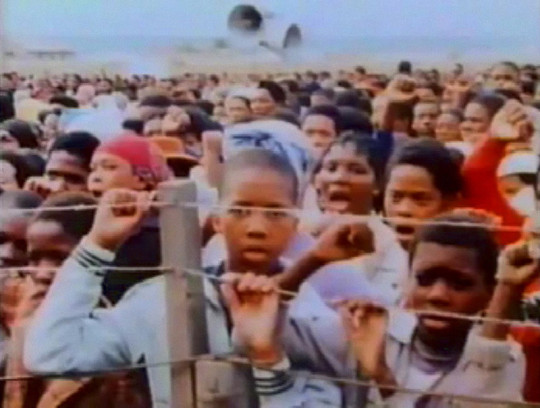 1985 — Keith, Doug, and Skip, all played on and produced the record eith (Doug and Skip) both played and produced on the record, but went virtually unnoticed  and uncredited. The musicians involved in the project understood who was who. Soon after, Doug was working with Jeff Beck, Mick Jagger, Annie Lennox, Seal, Paul McCartney, Back in the U.S.S.R., Back in the U.S.A., Bruce Springsteen, and Joe Satriani, Time Machine.

1986 — The entire Sugar Hill Rhythm Section had fled, fearing Joe Robinson would pursue them. Joe was pressuring all the band members, claiming they owed him a cut of the money they had made on their outside (not Sugar Hill) projects.

All three had worked on the Artists United Against Apartheid, Doug had also done work with Jan Hammer on the first Miami Vice soundtrack album, and both Skip and Doug played on Keith’s “No Sell Out.”

Although a load-bearing column in Hip Hop’s founding structure, Keith occupied little visual space in the inner city world, he had become such a big part of. With so much attention being paid to the MCs and DJs, and so little being paid to the band, Keith was near invisible at the parties being thrown in parks all around and in the Boroughs of New York City. In addition to not being a DJ, he was also a skinny, little kid sitting behind a large drum kit.

And then there was the reaction to his making himself more visible. More than once, in the early days, Keith, because he wore a bold athletic-style, Sugar Hill jacket, was threatened by party goers who were offended that a little white kid had the balls to wear a “black” jacket. More than once, too, Keith was pulled out of such confrontations by Doug and Keith, his Original Rhythm Section mates.

Many were more agitated, when Keith made the seemingly unbelievable claim that he was the drummer. They weren’t interested in giving some, except for more shit than they were already giving him. As time went on, Keith turned to saying he was nothing more than the guy driving the van … resigned to the fact that most who called themselves B-Boys would never believe a skinny little white kid from Connecticut, could possibly be behind the beats they had become addicted to.

But of course that was the fact. Along with long-time friends and musical collaborators, his Original Sugar Hill Rhythm Section mates (bass guitarist DOUG WIMBSIH and guitarist SKIP “LITTLE AXE” McDONALD), Keith is one of the Hip Hop Fathers, creator of the beat pushing so many of the anthems forward.

After drawing the Hip Hop blueprint, with guitarist SKIP “LITTLE AXE” McDONALD and bassist DOUG WIMBISH (THE ORIGINAL SUGAR HILL RHYTHM SECTION), KEITH LEBLANC went on to write, play, and produce some of the most historic recordings in the 1980s.

Give The Drummer Some

Not many drummers are good enough, confident enough, or respected enough, to handle, or be given, the responsibility to open a show, but not so with Keith and Tack>>Head. Each member had complete musical trust for all in the band, and always gave room so all could  properly exhibit their individual talent, as here at a neighborhood (near Wrigley Field) Irish Pub (and music venue) in Chicago, called The Abbey.

2004 — After a 14-year hiatus, the band Keith helped put together after moving to London, TACK>>HEAD, reunited for a coast-to-coast tour of the United States.

1976 — HAROLD SARGENT, invites Keith to take his place as the drummer in the popular Hartford band Wood Brass & Steel. Also in the band are SKIP McDONALD (guitar) and DOUG WIMBISH (bass guitar). WOOD BRASS & STEEL is signed to TURBO RECORDS, and produces the dance/funk track “FUNKANOVA” that becomes a favorite of DJs playing the popular clubs (STUDIO 54, PARADISE GARAGE) in New York City.

— Needing a band to play on their original Hip-Hop catalog, THE ROBINSONS, who own TURBO RECORDS, recruit the Wood Brass & Steel Rhythm Section to fill their need.

1985— In addition to the song “SUN CITY,” a full-length album by the same title was also released. Although nearly all recognition went to the participating mega stars (BRUCE SPRINGSTEEN, MILES DAVIS, U2, RUN-DMC, LOU REED, HALL & OATES, HERBIE HANCOCK), when listening, KEITH’s hand in the production of SUN CITY is obvious, and his being asked to play and produce easy to understand when knowing of his musical connection to many of the participating artists (PETER GABRIEL, KEITH RICHARDS, RON WOODS, AFRIKA BAMBAATAA, and MELLE MEL, who had (THE ORIGINAL SUGAR HILL RHYTHM SECTION (Keith, Skip, and Doug) help write, play, and produce “THE MESSAGE,” “WHITE LINES,” and “NEW YORK, NEW YORK.” 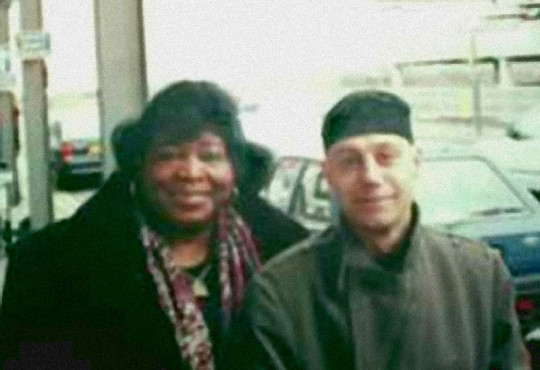 Friends and Enemies — Before cutting “NO SELL OUT,” Keith asked MALCOLM X’ widow BETTY “QUEEN” SHABAZZ’ permission … and later, Betty sat with Keith in Federal Court when he made his case against JOE and SYLVIA ROBINSON, and SUGAR HILL RECORDS.

1985— THE SUGAR HILL EMPIRE HAD FALLEN

1983 — Keith cut MALCOLM X speeches to his innovative electronic drum beats to make “NO SELL OUT,” considered the first “sample” committed to vinyl. A dispute with Joe & Sylvia Robinson, over the record’s ownership (and profits) and profits is settled in Federal Court. Some believe Keith’s legal victory was the beginning of the end for SUGAR HILL’s Hip-Hop dominance.  RUN-DMC, THE BEASTIE BOYS, and the rest of the younger, more aggressive DEF JAM crew. 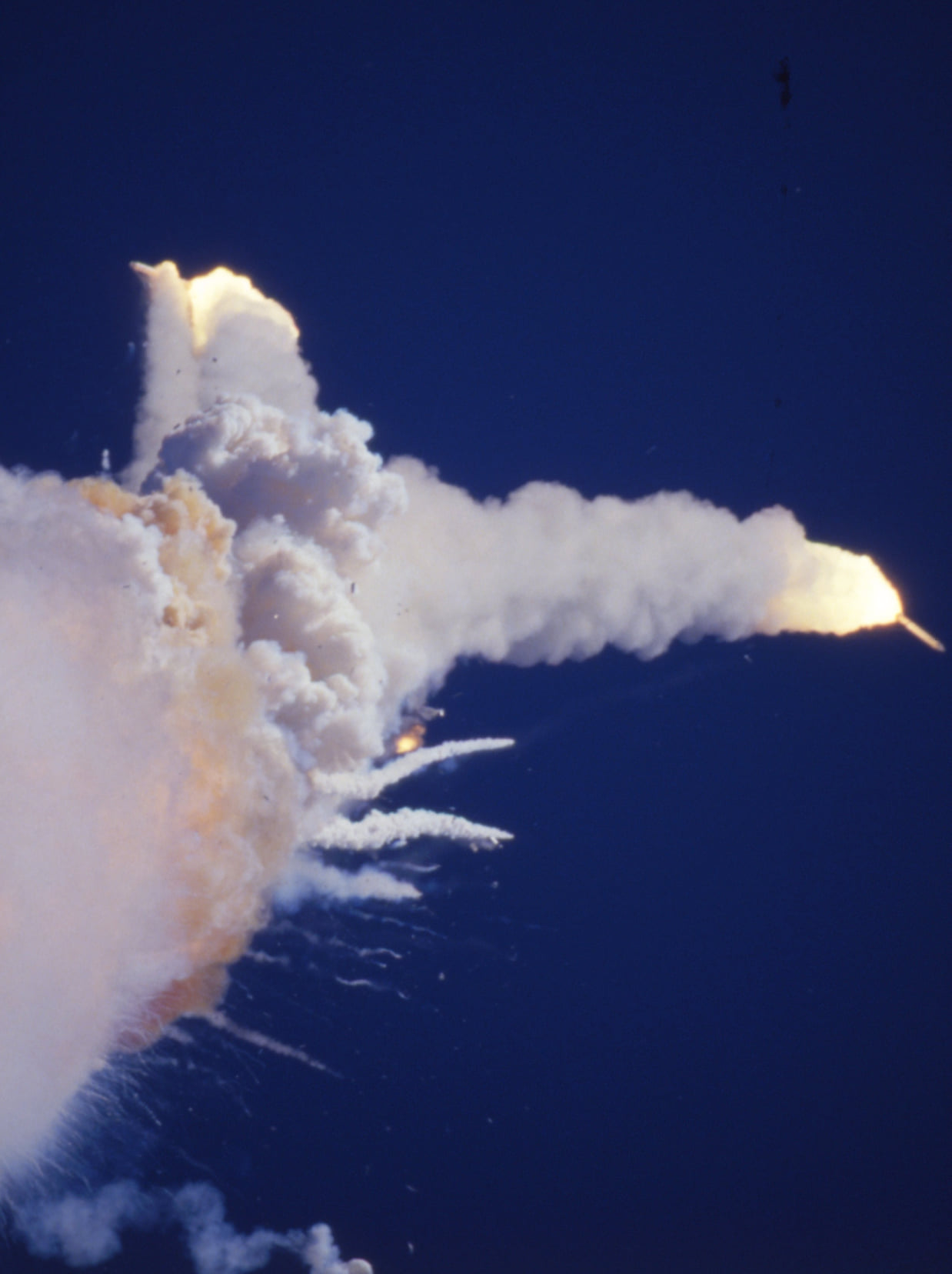 London Calling  — Keith begins a serious musical partnership with ADRIAN SHERWOOD and his ON-U SOUND records. Having invited DOUG WIMBISH AND SKIP McDONALD to join him in England, THE ORIGINAL SUGAR HILL RHYTHM SECTION was now moving in a more Electronic/Industrial direction, playing for GARY CLAIL and MARK STEWART, who might be considered LEFTIST POLITICAL COMMENTATORS as much as singers. One of the most popular of these (12″) singles was “HARD LEFT,” using samples of then English Prime Minister Margaret Thatcher’s speeches.

These singles marked the formation of TACK>>HEAD, although the name had never been written in any credits at the time. Until 1987′s  GARY CLAIL’s TACKHEAD TAPE TIME, most credits were made to MARK STEWART and GARY CLAIL as bandleaders, or FATS COMET on instrumentals, or when wanting to include the entire group.

Video for the title track of Keith’s MAJOR MALFUNCTION record, on which, similar to “NO SELL OUT,” Keith “sampled” NASA control room recordings of the moment the space shuttle Challenger exploded soon after launch. With DOUG WIMBISH, SKIP McDONALD, and ADRIAN SHERWOOD all appearing on the album, many consider MAJOR MALFUNCTION to be the first full-length TACK>>HEAD record, despite the band not having yet been named. Doug came up with “TACK>>HEAD” a few months later, using the name of a popular inner-city/ghetto African-American hairstyle of the day.

After making a number of 12″ singles, many by the name FATS COMET, the band did credit 1987′s “WHAT’S MY MISSION NOW?” (one of its most popular singles) to “TACK>>HEAD.” It was then too that the band began using the (American) Statue of Liberty as a common visual element its media and on covers. Most notable was using friend GEE VAUCHER’s painting on the cover of the first (official) full-length TACK>>HEAD album, FRIENDLY AS A HAND GRENADE. (Vaucher is best known [in the music world] for her work with the band CRASS.)

Before Bernard Fowler’s arrival, “TACK>>HEAD” maintained the heavy, more electronic industrial sound established by Keith and Adrian. This was apparent on 1987′s  ”Ticking Time Bomb,” and the 1988 show at the RITZ in NYC recorded with plans to release as EN CONCERT. The record wasn’t officially released, but one could see the increasing American influence, as Doug and Skip (with Keith) began to reestablish their ORIGINAL SUGAR HILL RHYTHM SECTION bond. Most notable on EN CONCERT was the inclusion of MELLE MEL and his singing the Sugar Hill, Hip-Hop anthem, “THE MESSAGE,” and a true-to-the-original cover of Jimi Hendrix’ “Crosstown Traffic.”

With this TACK>>HEAD shift toward Funk, Rock n Roll, and Soul (especially after Bernard’s joining later in 1988), Keith released many of the more industrial/instrumental tracks on  1989′s STRANGER THAN FICTION (with “DREAMWORLD,” and still-a-favorite “EINSTEIN”), as his own band called INTERFERENCE.

Few bands have the confidence in its drummer to start a show with drum solo, but to this day, Keith is usually the first to take a TACK>>HEAD stage … alone, left to build a groove while the others (Skip “Little Axe” McDonald, Doug Wimbish) take the stage.

Going It Alone
Between the years with Sugar Hill Records playing the beats on so many Hip-Hop anthems, including Grandmaster Flash and The Furious Five‘s “THE MESSAGE,” “WHITE LINES,” and “THAT’S THE JOINT,” and moving to London to create TACK>>HEAD, the legendary, Cross-Cultural, Industrial Funk band. It was with TACK>>HEAD producer Adrian Sherwood, that Keith produced some of his most important records.
“No Sell Out” (1983), on which Keith cut Malcolm X speeches with his experimental / electric drum beats is often described as the first “sampling” ever committed to vinyl.
Although virtually unrecognized (or credited), Keith produced and played on “SUN CITY,” THE ANTI-APARTHEID ANTHEM that featured MILES DAVIS, U2, BRUCE SPRINGSTEEN, HERBIE HANCOCK, and so many more of 1984’s biggest (all-genre) stars.
MANY CONSIDER “MAJOR MALFUNCTION” THE FIRST FULL-LENGTH TACK>>HEAD ALBUM.

STOP THE CONFUSION (GLOBAL INTERFERENCE) — A title recalling the past (“Stop the Confusion” being the subtitle to one of his original “No Sell Out” 12″ recordings, and “Global Interference” the name he gave to a touring band he put together in the mid-’90s), was appropriate for Keith’s first solo release, a collection of new tunes and remixes of favorites out of his archive.

CHESS MOVES — Inspired by the result of the new STOP THE CONFUSION Keith called his old friend MARSHAL CHESS with another idea. He wanted to get into the CHESS RECORDS ARCHIVES and see what would happen if he gave a selection of the OLD BLUES STANDARDS to a good ol’ BLANC RECORDS REMIX.

What happened was what Marshal and Keith decided to call “FUTURE BLUES,” and it sounded good.

BLANC RECORDS — Also updating his personal branding, Keith went back to the (“No Sell Out”) day when producing compilations of his ORIGINAL BEATS.

The discs (available on his website) are proving popular with a young generation of DJs who appreciate the opportunity to sample BEATS GENERATED BY THE (ORIGINAL) MASTER.