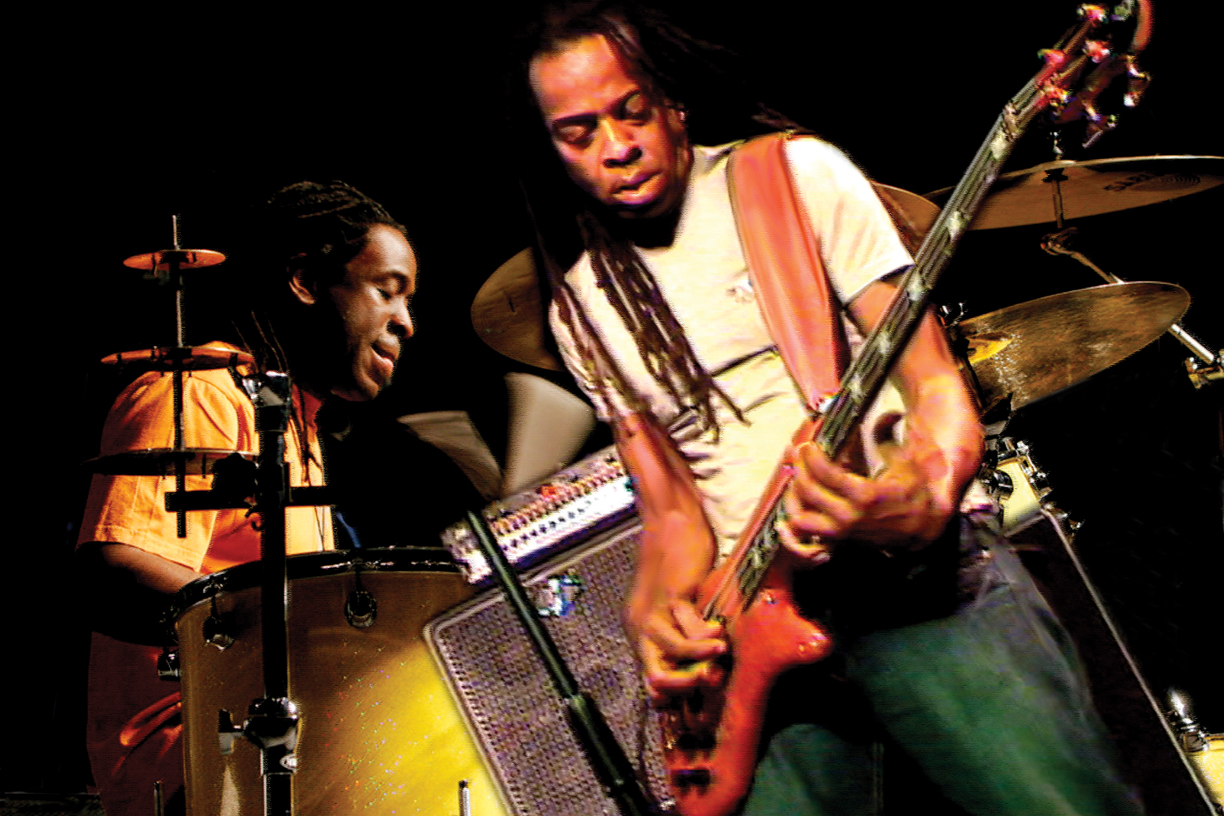 After Living Colour (2.0), Will and Doug worked together as Head>>Fake, a Bass/Drum, Ambient Wall-of-Sound, they called a Sound System. “New Music for a New Generation” Doug would call out to an audience. “Just Two Guys.” Throughout the years, Living Colour’s Rhythm Section invited many to play with them, shows they came to bill as Head>>Fake +1. The long list of Head>>Fake guests include, Vinx (Jungle Funk),  Bernie Worrell (Funkadelic), David Sancious (Bruce Springsteen’s E-Street Band), and Herb Alpert (Tijuana Brass). It was Alpert who, soon after Living Colour’s demise, asked Will and Doug to join him in the sessions that turned into Alpert’s 1996 release, Colors.