Living Colour — Who Shot Ya?

Living Colour, Public Enemy, and The Roots were invited to play a concert, celebrating the opening of The Smithsonian Institute’s Museum of African American Arts & Culture. They closed the day in the shadow of the Washington Monument, where, earlier that afternoon, Barack Obama addressing a crowd that filled the west end of The National Mall in Washington D.C.

Before the completion of its sixth studio album, Shade,
Living Colour released “Who Shot Ya?”
BECAUSE LIVING COLOUR ALWAYS HAS SOMETHING TO SAY.

(August/2016) — Living Colour, never shy to express its political mind, pre-released “Who Shot Ya?” (Biggie Smalls) as an immediate commentary on the dramatic spike in gun violence seen in the summer of 2016.

(Sept. 9, 2017) — It had been nearly 30 years since the debut of Vivid (1988), when Living Colour prepared to release its sixth studio album, Shade, the band’s first full-length “album” since 2009’s Chair In The Doorway.
In all those decades, the country had fought viciously over every political and social issues. And most recently, experienced the birth of “Black Lives Matter,” a resurgence of white supremacy, a right-wing packing of the federal judiciary, and the election of Donald Trump. 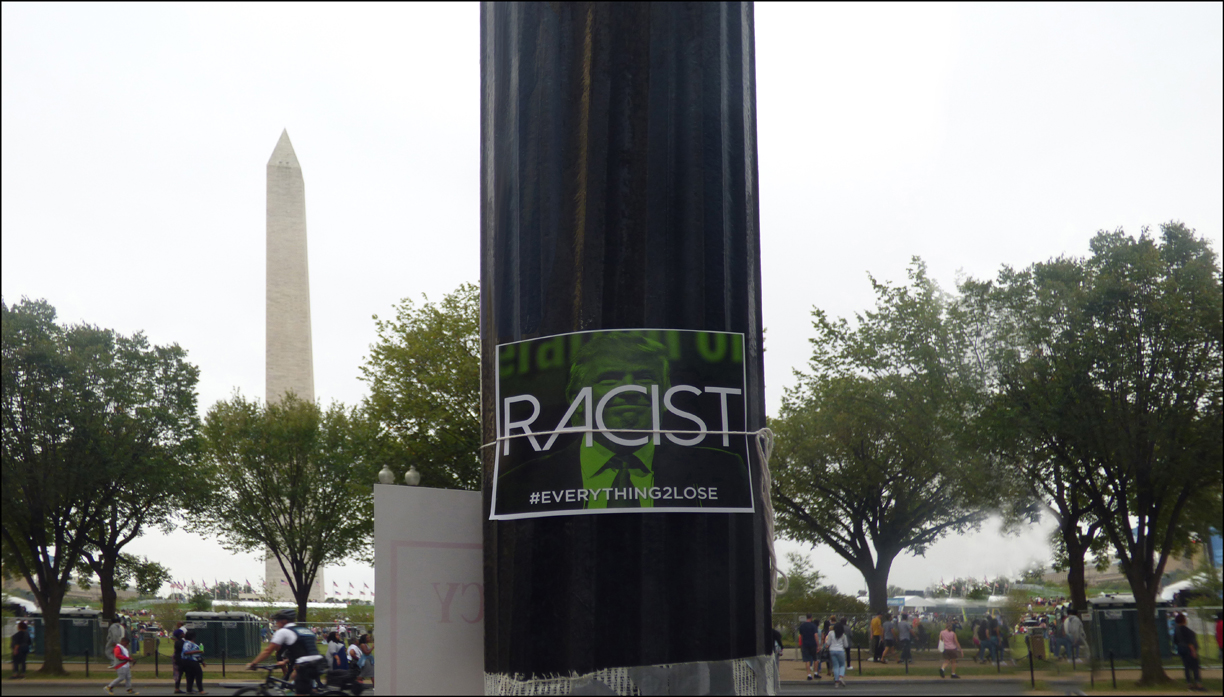 The opening of The Smithsonian’s Museum of African American History and Culture was mostly a celebratory affair, but occurring at the same time of a most hateful and racist presidential campaign, making the political atmosphere, that day in Washington D.C., especially charged.

“Who Shot Ya?” was released just days before Living Colour joined Public Enemy and The Roots on the Washington Monument Grounds (Saturday, September 24, 2016) as part of what was called “Freedom Sounds.” 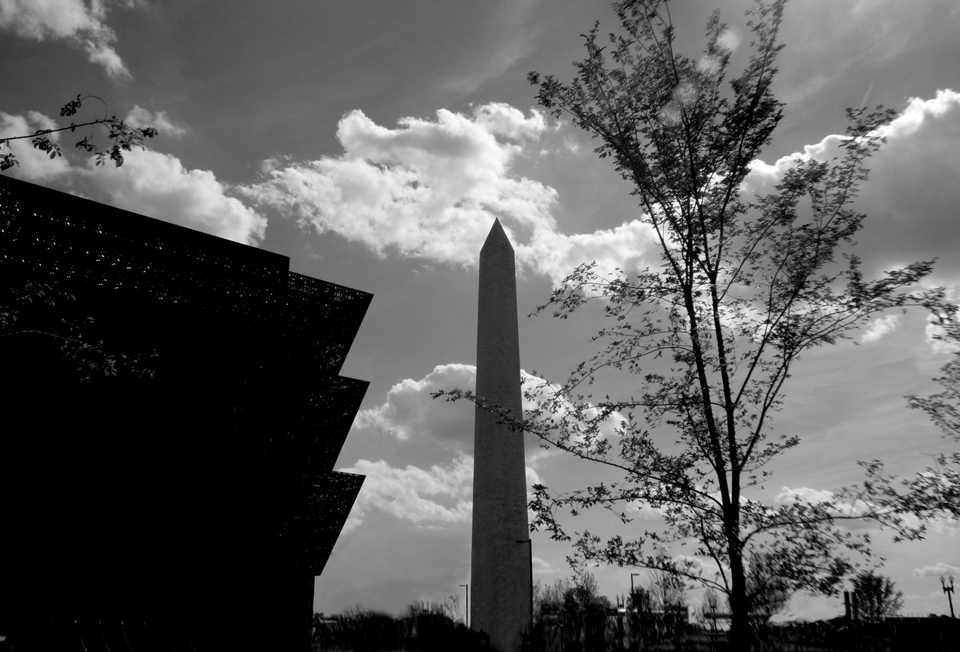 The Smithsonian Institute’s National Museum of African American History and Culture stands in the shadow of the Washington Monument, as the newest resident on the National Mall in Washington D.C.

“Who Shot Ya?”is a cover of the B-side of Biggie Smalls’ 1995 classic “Big Poppa.” In its distinct, avant-funk, metal way, Living Colour has turned Biggie’s vivid assertion of gang-life into a modern-day musical protest against the wave of gun violence, crashing on all America.

Living Colour’s (official) video visualizes the message, referencing a number of people who lost their lives to guns, from Amadou Diallo and Medgar Evers to Tupac Shakur, and Biggie Smalls himself. Tupac, in a longtime feud with Smalls, had always thought Big’s “Who Shot Ya?” was aimed, as a threat, directly at him.

“You see the historic names you might expect, like Martin Luther King Jr., Malcolm X, and JFK and his brother Robert Kenndy. Also Tamir Rice and Michael Brown Jr. whose deaths inspired “Black Lives Matter.”
“We also mention the less recent, but no less notorious, like Kurt Cobain, Dimebag Darrell, Marvin Gaye, and Lee Harvey Oswald,” Vernon told Rolling Stone Magazine at the time.
“The absurdity of it all is staggering, we’re portraying the obvious crisis through the use of graphics and stats, but we are also hoping people see the mass proliferation of guns in new ways.
“We can’t keep ignoring the profligate amount of firearms so easily accessible to people.
“We respect people’s rights to bear arms, but you can’t argue the Second Amendment side of the issue without also looking at how the gun manufacturers are profiting from the death of others.”
“The bitter irony of a song like ‘Who Shot Ya?’ is what happened to Biggie and Tupac. They are what the song was originally about, and what the song wound up being about. It’s a meta-tragedy.”

“The lyrical brilliance of Biggie left a mark on my mind,” Corey explained.
“The story told in ‘Who Shot Ya?’ is especially compelling and relevant to what’s happening today.

Who shot ya?
Separate the weak from the obsoletes
Hard to creep
them Brooklyn streets.

“As a black man, a son, and a father, I worry” Corey says.
“As a citizen, I’m concerned how easily black bodies are thrown away with such frequency.
“So many tragedies are the product of American culture, and the gun shouldn’t be our first or last resort.”

“As an artist, I must speak the Truth.” — Corey Glover