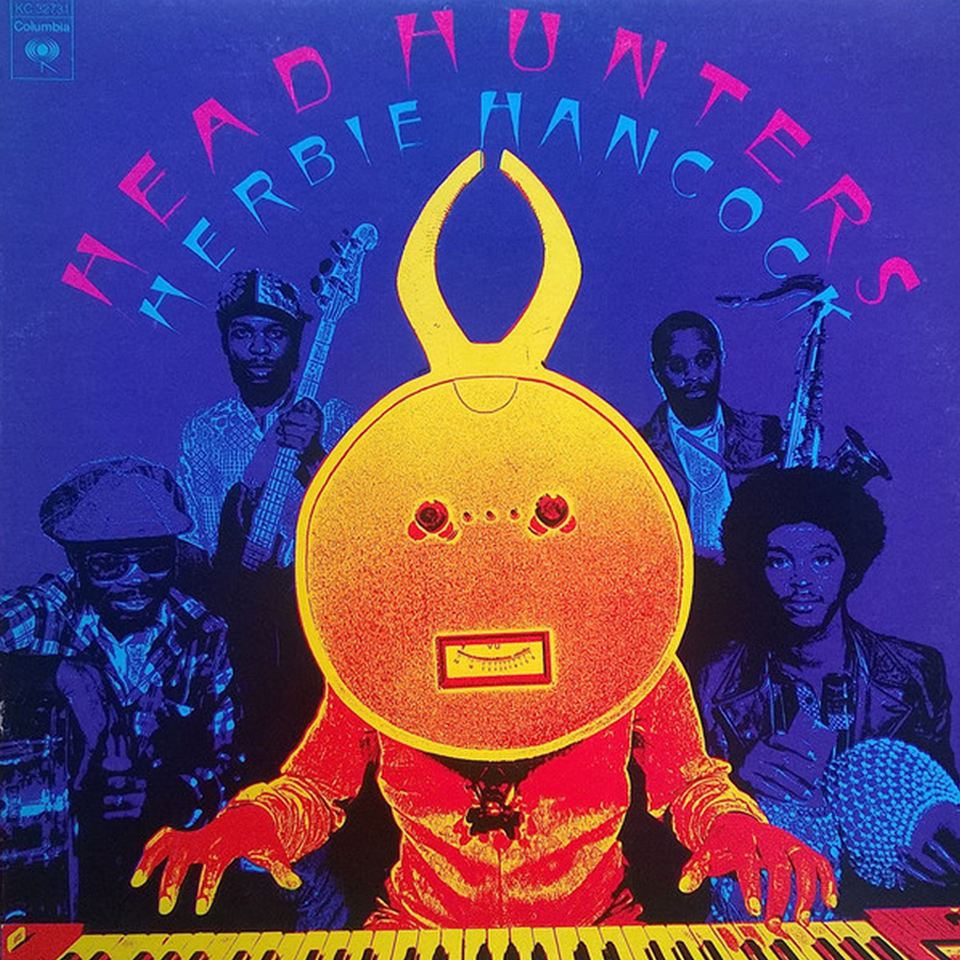 Rolling Stone magazine’s list of the 500 greatest albums of all time.

2007, the Library of Congress added it to the National Recording Registry,

which collects “culturally, historically or aesthetically important” sound recordings from the 20th century.

Rhythm to the Madness

Head Hunters followed a series of experimental albums by Hancock’s sextet: Mwandishi, Crossings, and Sextant, released between 1971 and 1973, a time when Hancock was looking for a new direction in which to take his music:

I began to feel that I had been spending so much time exploring the upper atmosphere of music and the more ethereal kind of far-out spacey stuff. Now there was this need to take some more of the earth and to feel a little more tethered; a connection to the earth. … I was beginning to feel that we (the sextet) were playing this heavy kind of music, and I was tired of everything being heavy. I wanted to play something lighter.

The Headhunters, with Hancock featured as a guest soloist, produced a series of funk albums,

The image on the album cover, designed by Victor Moscoso, is based on the African kple kple mask of the Baoulé tribe from Ivory Coast. The image is also based on tape head demagnetizers used on reel-to-reel audio tape recording equipment at the time of this recording.

For the new album, Hancock assembled a new band,

The Headhunters, of whom only

Bennie Maupin had been a sextet member.

he decided against the use of guitar

favoring instead the clavinet, one of the defining sounds on the album.

A relaxed, funky groove that gave the album an appeal to a far wider audience.

the spearhead of the Jazz-funk style of FUSION.

the album brought rhythm and blues fans to jazz

Of the four tracks on the album:

• “Watermelon Man” was the only one not written for the album.

originally appearing on his first album Takin’ Off,

featuring Bill Summers blowing into a beer bottle, an imitation of the hindewho,

an instrument of the Mbuti Pygmies of Northeastern Zaire.

The track features heavy use of African percussion.

• “Sly” was dedicated to the pioneering funk musician Sly Stone, leader of Sly and the Family Stone.

• “Chameleon” is a track with an instantly recognizable intro,

Heavily edited versions of “Chameleon” and “Vein Melter” were released as a 45 rpm single.

After its initial release, the album was also mixed into

Released by Columbia in 1974 in the vinyl and 8-track tape formats.

Until George Benson‘s Breezin’ (1976), it was the largest-selling jazz album of all time,

An inspiration not only for jazz musicians, but also to jazz, funk, soul, and hip hop artists.

worked with Hancock on a number of other albums, including