Stairway to the Stars
b/ Ella Fitzgerald 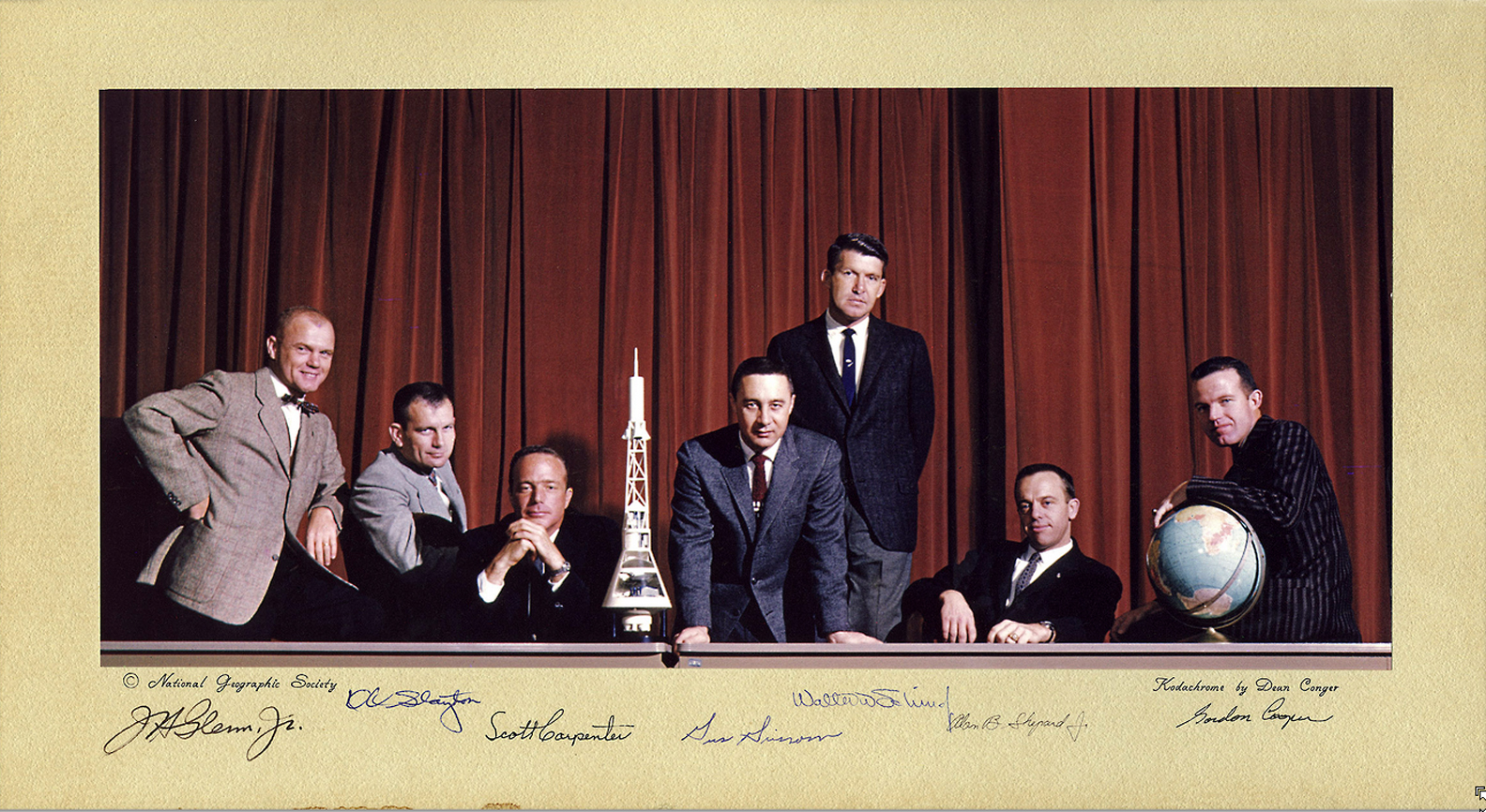 The Original 7 (as they were officially named) was the group of military pilots and engineers who were chosen out of hundreds of applicants after excelling in NASA’s physical and mental tests.

The National Aeronautics and Space Administration is created.

(NASA) invites test pilots, from around the United States Armed Services, to join its next generation of military aviators. Although Alan Shepard’s invitation was “lost in the mail,” and he never officially received an offer to join, he had always been on NASA’s list of selections of America’s Original 7 Astronauts.

Known as the Mercury 7, the group was made up of Shepard, John Glenn, Virgil “Gus” Grissom, Donald “Deke” Slayton, Malcolm “Scott” Carpenter, Walter “Wally” Schirra and Gordon Cooper. After two years of grueling and dangerous training, Shepard was the one selected to pilot America’s first flight into space, with Glenn, serving as his backup.

But it was a Russian Cosmonaut that made it to space first, and not only did he break free of the Earth’s atmosphere, he went on to complete an orbit, another important first in The Race.
The Launch of Freedom 7 took on a sense of urgency when the Soviet Union launched cosmonaut  Yuri Gagarin, and the Russians became the first to break free of the Earth’s atmosphere, and significantly, became the first person to orbit the Earth.

Flight To Be Free

The Soviets beat the Americans by less than a month. Shepard’s launch was initially scheduled for May 2, but was rescheduled twice because of bad weather.

May 5, 1961 — Freedom 7 lifted off, carrying Shepard to an altitude of 116 miles (187 kilometers) for a 15-minute, suborbital flight. Because of the placement of the porthole windows on his capsule, Shepard was unable to see the stars, and a filter on his telescope, looking back, made the Earth appear black and white. He was also strapped in too tight to experience weightlessness.
Although The Soviets had reached outer space first, and Gagarin had orbited the Earth, Shepard’s shorter, and suborbital flight had a more significant, worldwide impact. Unlike with Gagarin’s mostly secret mission, Shepard’s launch, flight, and splashdown were broadcast on live television, and seen by millions, all around the World.

While the Russians publicized Gagarin’s name was publicized, many of the details of his flight were kept confidential for years, including the fact that he had he abandoned his capsule, and parachuted to Earth, rather than landing his spacecraft. Shepard was also ceremonially awarded the NASA Distinguished Service Medal, at the White House by president  John F. Kennedy. 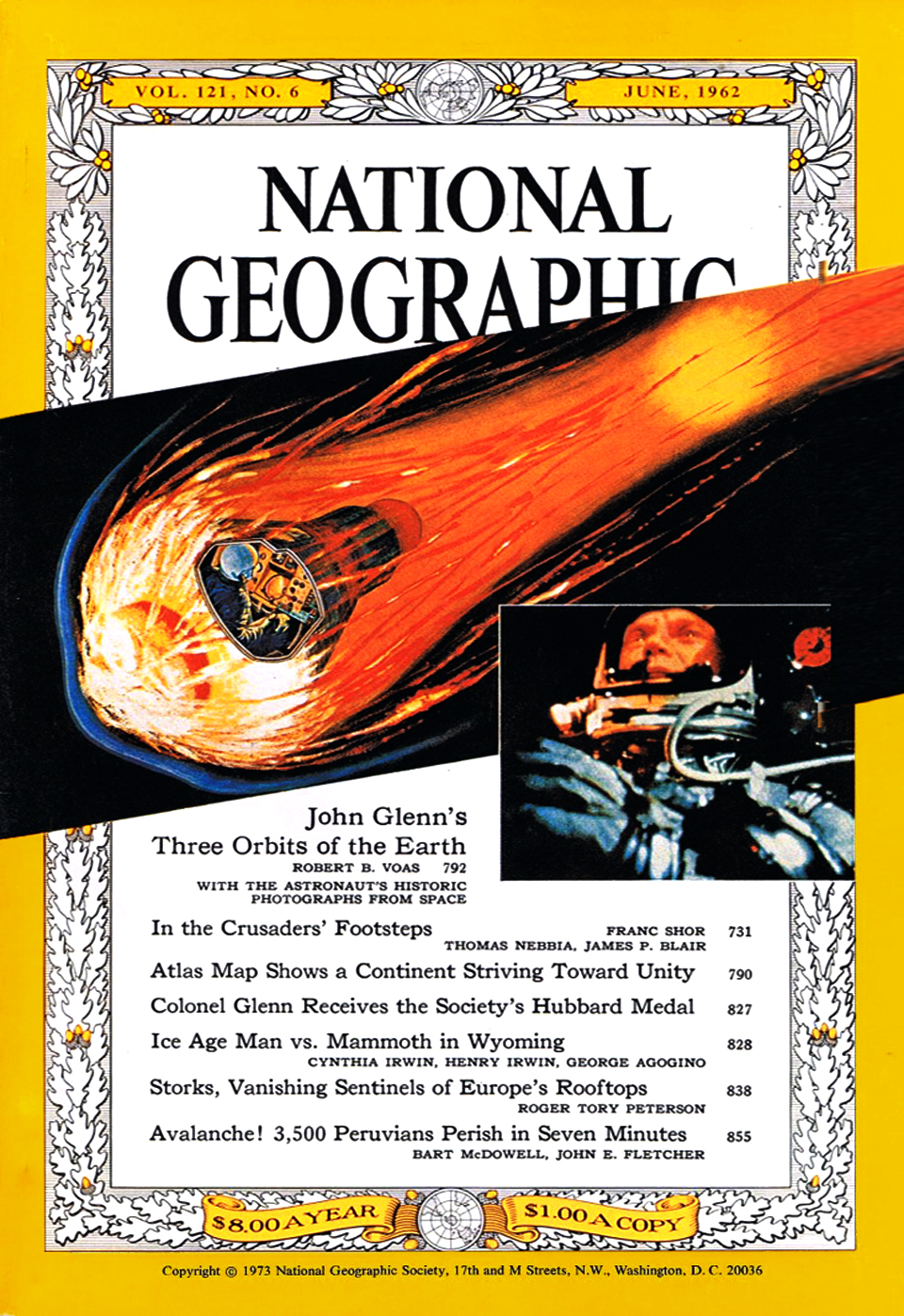 We Choose To Go To The Moon

USA vs. USSR
The Great Race 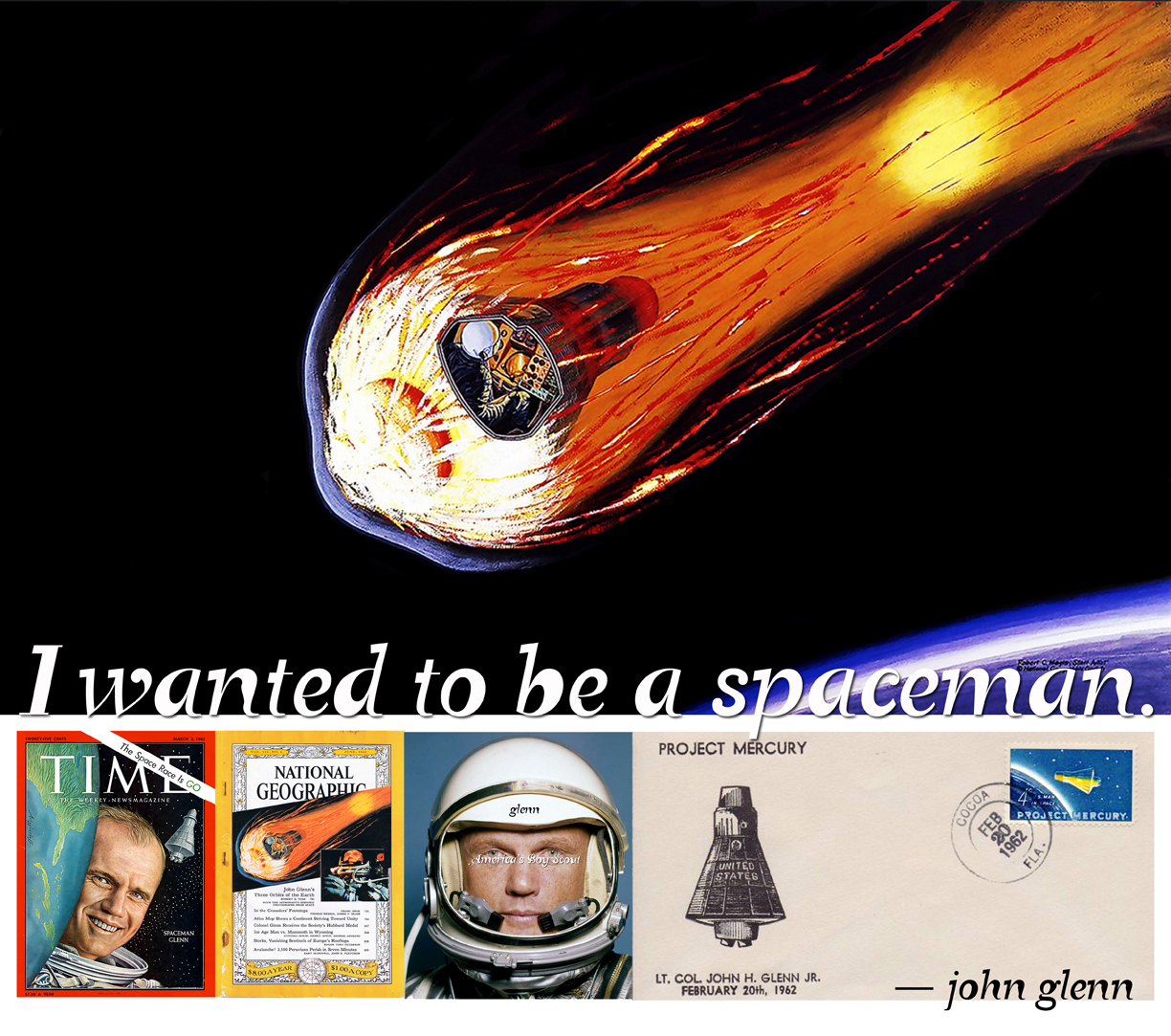 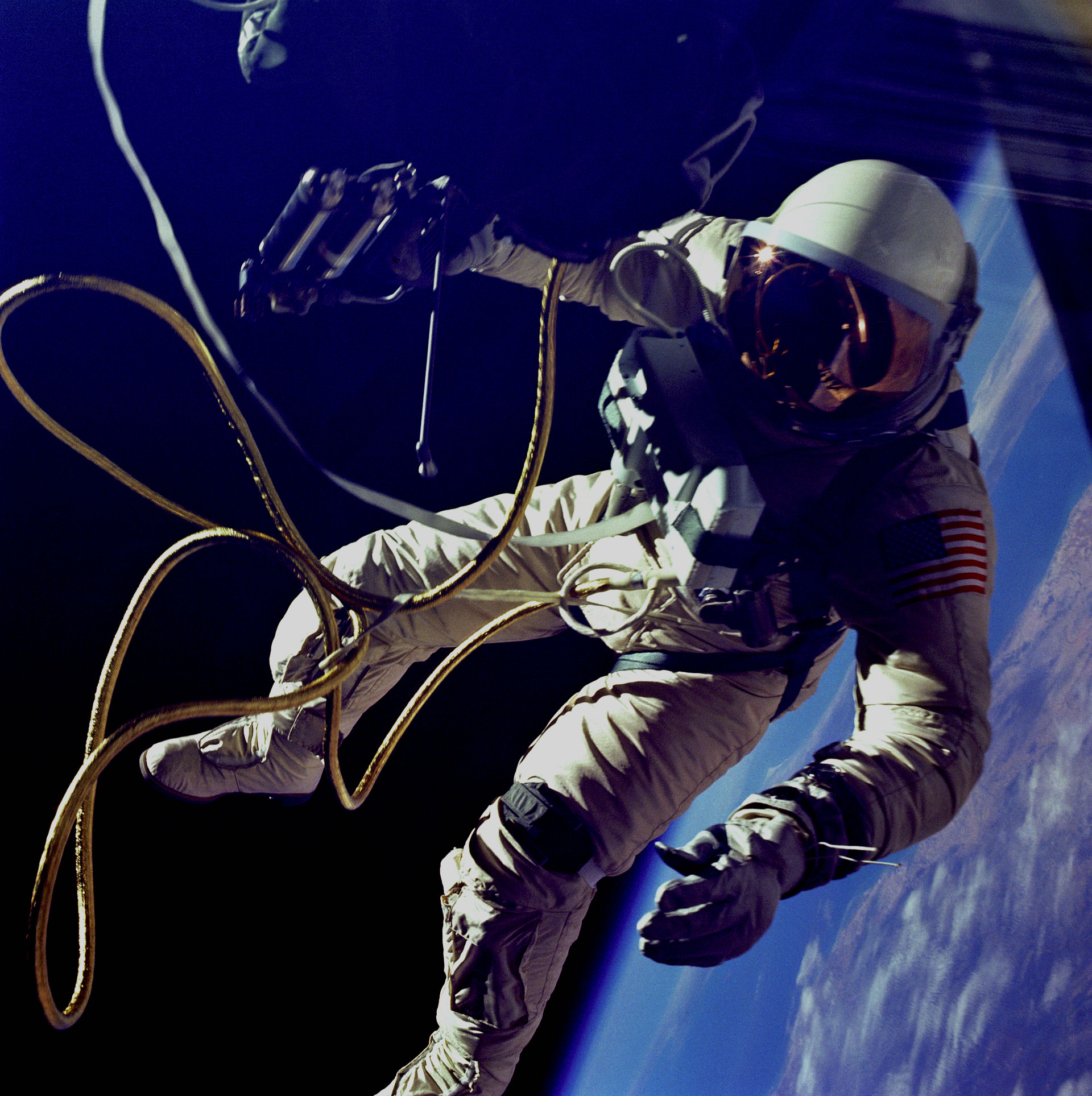 Six years later, Muroc, now Edwards Air Force Base, still attracts the best test pilots. Yeager (now a major) and friendly rival Scott Crossfield repeatedly break the other’s speed records. They frequent the Happy Bottom Riding Club run by Pancho Barnes, who classifies the pilots at Edwards either “prime” (such as Yeager and Crossfield, those who fly the newest and best equipment), or “pudknockers,” the rookie arrivals, which included all NASA’s first recruits.

“No bucks, No Buck Rogers.”

Officials understand, that rather than keep their test program secret, it would be better for fund raising if they promoted the most exciting new program, rather than hide it.

April 12, 1961 —  Yuri Gagarin, the Russian, having been the First Man In Space, inspires a humiliated United States of America. The Original Seven couldn’t have been more motivated to get in the Race to The Moon. 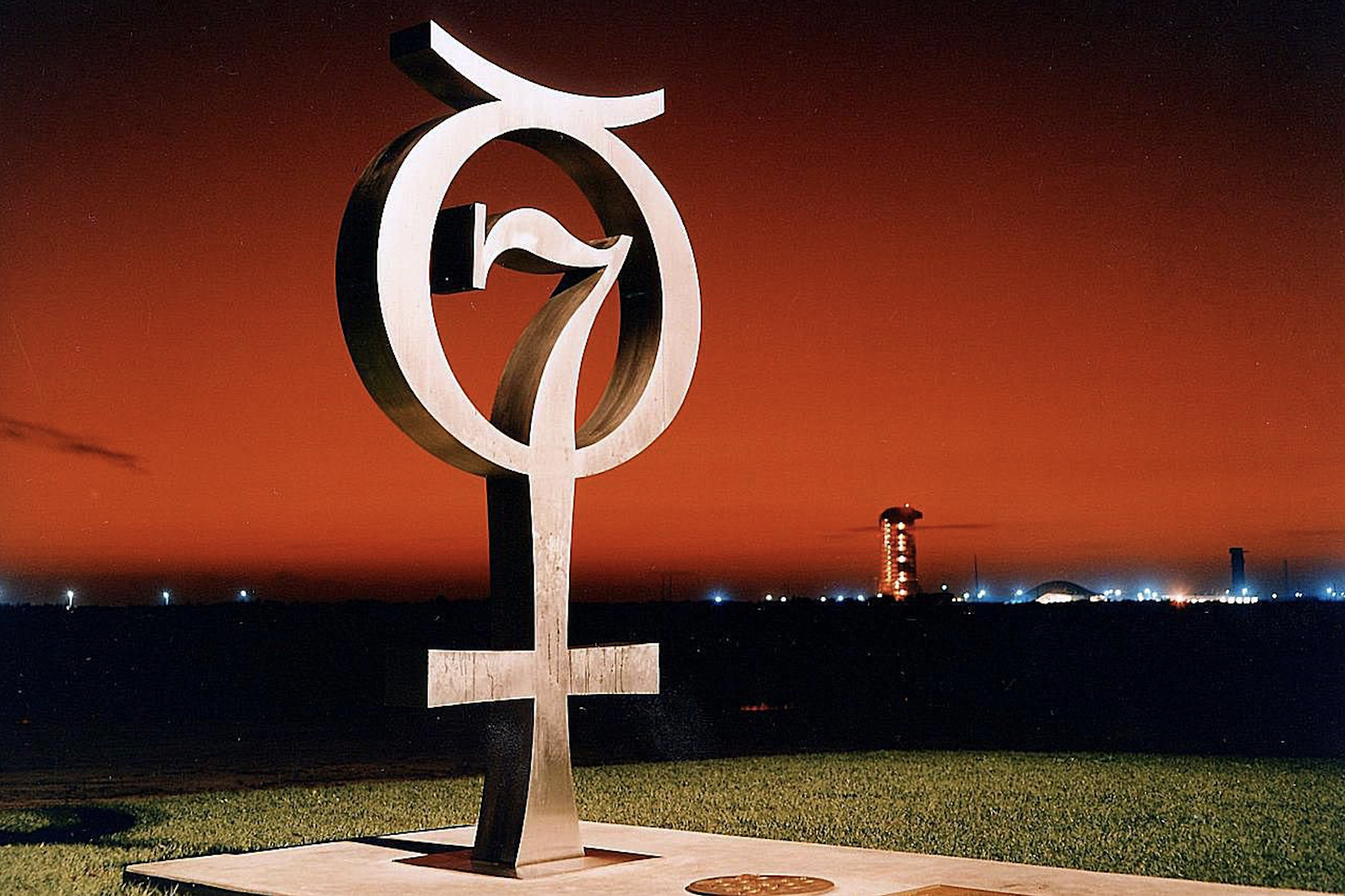 February 20, 1962 — John Glenn becomes the first American to orbit the Earth (Mercury/Atlas 6). After surviving a fiery re-entry with a dangerously loose heat shield on his capsule, Glenn splashed down a celebrity. After a ticker-tape parade (5th Ave. NYC), he, his fellow astronauts, and their families became the center of pop culture attention, including a Texas-size celebration in the Sam Houston Coliseum to announce the opening of the Manned Space Center in Houston.

Andy Warhol
Robert Rauschenberg
The Meaning Of Pop
Interview Magazine
Jean Michele Basquiat
American Pop (1980)Although test pilots at Edwards mock the Mercury Astronauts as “spam in a can,”  they do recognize that they are no longer the fastest men on Earth. “it takes a special kind of man to volunteer for a suicide mission” Yeager said, “especially when it’s on national TV.”
Lockheed NF-104A, Yeager attempts to set a new altitude record in a brand new Lockheed NF-104A that would take him to the edge of space. As he climbed to where he could see out of the Earth’s atmosphere, the 104A’s engine stalled, and Yeager was seriously burned when he had to eject as the plane plumeted toward the desert floor. Surviving the fall, Yeager gathered up his spent parachute before walking himself to an approaching ambulance, proving that, although never making it to space, he no doubt always had The Right Stuff.


May 15, 1963 — Cooper has a successful launch (Mercury/Atlas 9) ending the Mercury program. As the last American to fly into space alone, he “went higher, farther, and faster than any other American … for a brief moment, “Gordo” Cooper became the greatest pilot anyone had ever seen.”
THE BRIDGE”
Frank Sinatraw/ Count Basie (St. Louis, MO / 1965)

As the war in Vietnam raged hotter than ever, Easy Rider was the Hollywood movie that came to define the time America escaped the most violent and angry decade, but long before the careless sex, drugs, and rock n roll of the 1970s.
Jimi Hendrix laid down a rock n roll foundation that electric guitarist are still building upon today, 50 years later … and he did it mostly between 1967 and 1970, the year he died. 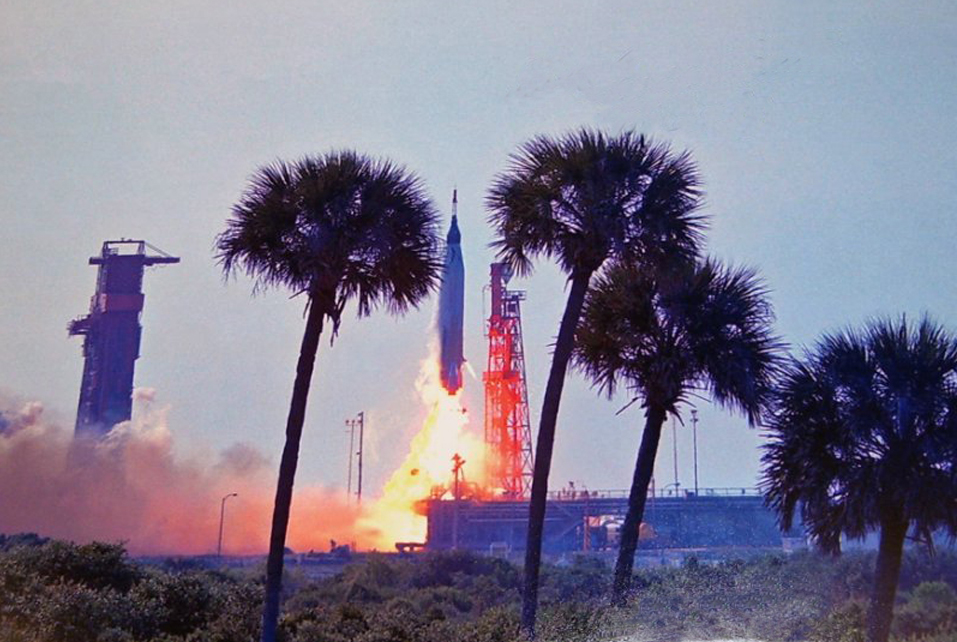