God Created the Heavens and The Earth.”

In the foreground, a deteriorating Hub’s Inn, that had been a most popular seafood restaurant and after hours destination throughout the 1920s and 1930s.

Sept. 23, 1988 — The launch of Discovery was NASA’s first manned mission since the loss of Challenger, two years before.

n  Home Is Where The Rockets Fly.

The point on Earth from where mankind left on its most exciting adventure.

Launch Complex #39 — Where America’s most accomplished pilots, engineers, scientists, doctors, and military officers (Astronauts) spent the last moments on Earth, before being launched into space.

SIGNING OFF — After every launch from The Cape, a distinct after cloud lingers, a signature in the sky, left by the rocket as disappears over the far distant horizon. Discovery (STS-133) embarked on its final voyage (February 24, 2011) a supply mission to the International Space Station. Within the next year, the last two shuttles successfully completed their two missions, and NASA’s 40-year Space Shuttle Program was over.

Message from above — Then the mission commander of STS-134, what might have been the last of NASA’s 40-year space shuttle program, Mark Kelley took Bono up on his invitation to speak to U2 audiences from the International Space Station.

THOSE MAGNIFICENT MEN IN THEIR FLYING MACHINES

May 16, 2011 — (STS-134) The penultimate mission of NASA‘s Space Shuttle program, and the 25th and last spaceflight of Endeavour. Mark Kelly was the flight’s mission commander, responsible for delivering the Alpha Magnetic Spectrometer and an ExPRESS Logistics Carrier to the International Space Station.

Private Property
who owns space?
The privatization of space, when exploration become exploitation, and at whose expense is of no concern to the few who already have it all.

“Look at the Ball of Fire.“

A Day In The Life — Ten minutes on Florida’s Space Coast, including looking on with a young family, watching its first launch, from the front yard of their new home on the Indian River (Intracoastal Waterway) in Cocoa, Florida.

The space shuttle Discovery was on its way to the International Space Station, orbiting 300 miles above, free from Earth’s atmospheric confines.

A reminder of my mother (who is present this day), fifty years earlier, taking me, my sister, and my brother into our front yard in Cocoa, to watch Alan Shepard become the first American to see outer space.

On this launch day (2005), you’ll hear Grandma Rose shriek excitedly, before loudly calling out to her young grandson,Josh, “look at the ball of fire.” 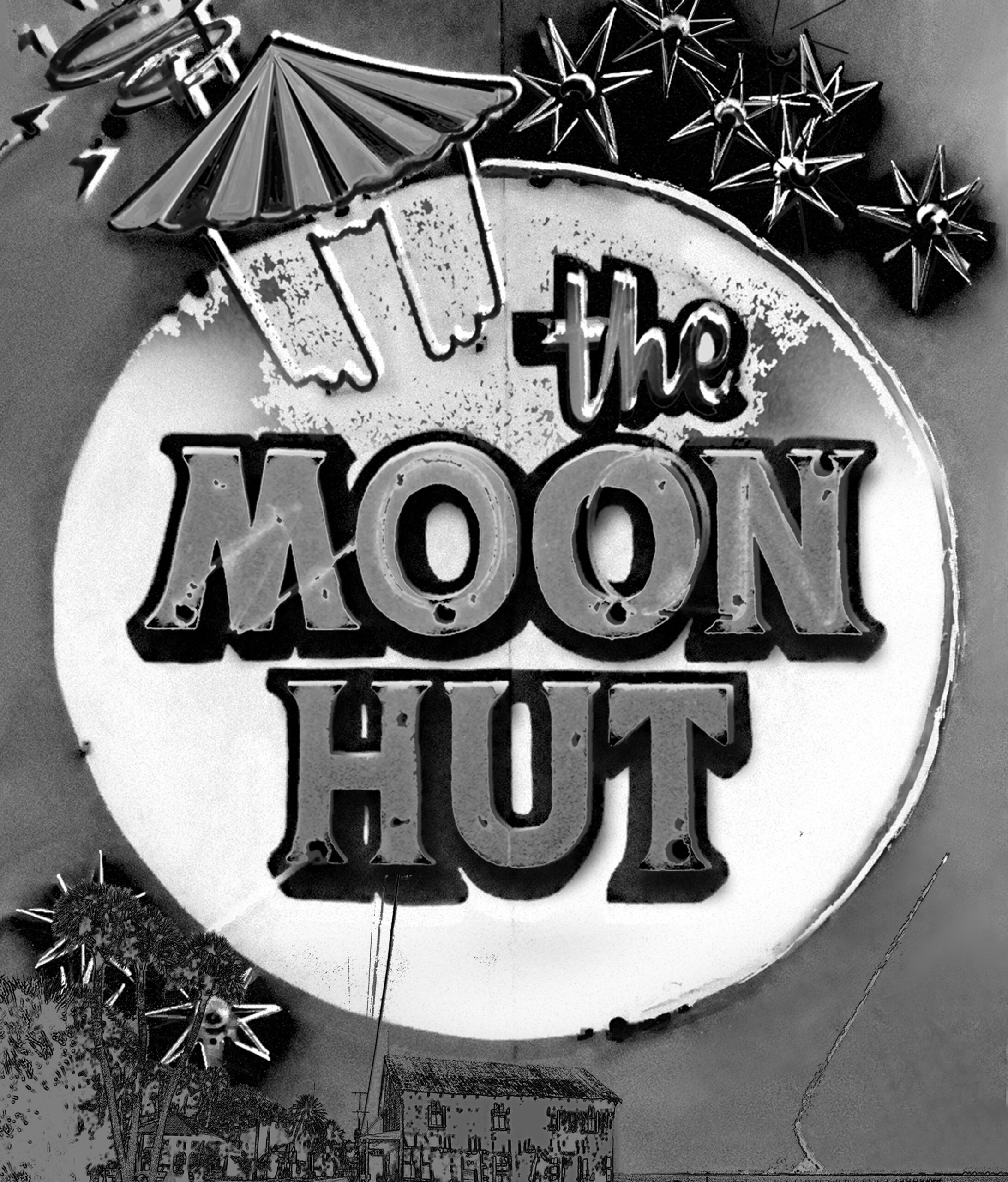 The Moon Hut, a small outside beach concession stand appears in 60s Sci-Fi movie50 years later a Mexican restaurant in the same A1A, Cape Canaveral spot originally. The Moon Hut was the private dining room the restaurant rented out for parties. NASA paraphernalia and photographs, cover the walls, under the watchful eye of a 12-point buck mounted above the door.

Sebastian Inlet — The dividing line between Brevard and Indian River Counties, known as one of the finest breaks, not only in Florida, but on the entire east coast of the United States.

Painting Florida — The Highwaymen were a group of African American painters, who, from their home, Fort Pierce, painted the Florida landscape and drove up and down the state (mostly on US1), selling their paintings out of the trunks of their cars.

A vintage Sinclair (Dino) gas station, stands appropriately on the west end of SR50, Florida’s road through time, runs 100 miles, straight east from Weeki Wachee (just north of Tampa) to the crossroads (SR50/I-4) in Orlando, continuing across the St. Johns River and the wetlands, entering the small, North Brevard County city, and ending on the Banana River (Intracoastal Waterway,) looking across to see the VAB (Vertical/Vehicle Assembly Building) and (Launch) Complex 39, the last stepping stone to The Moon. 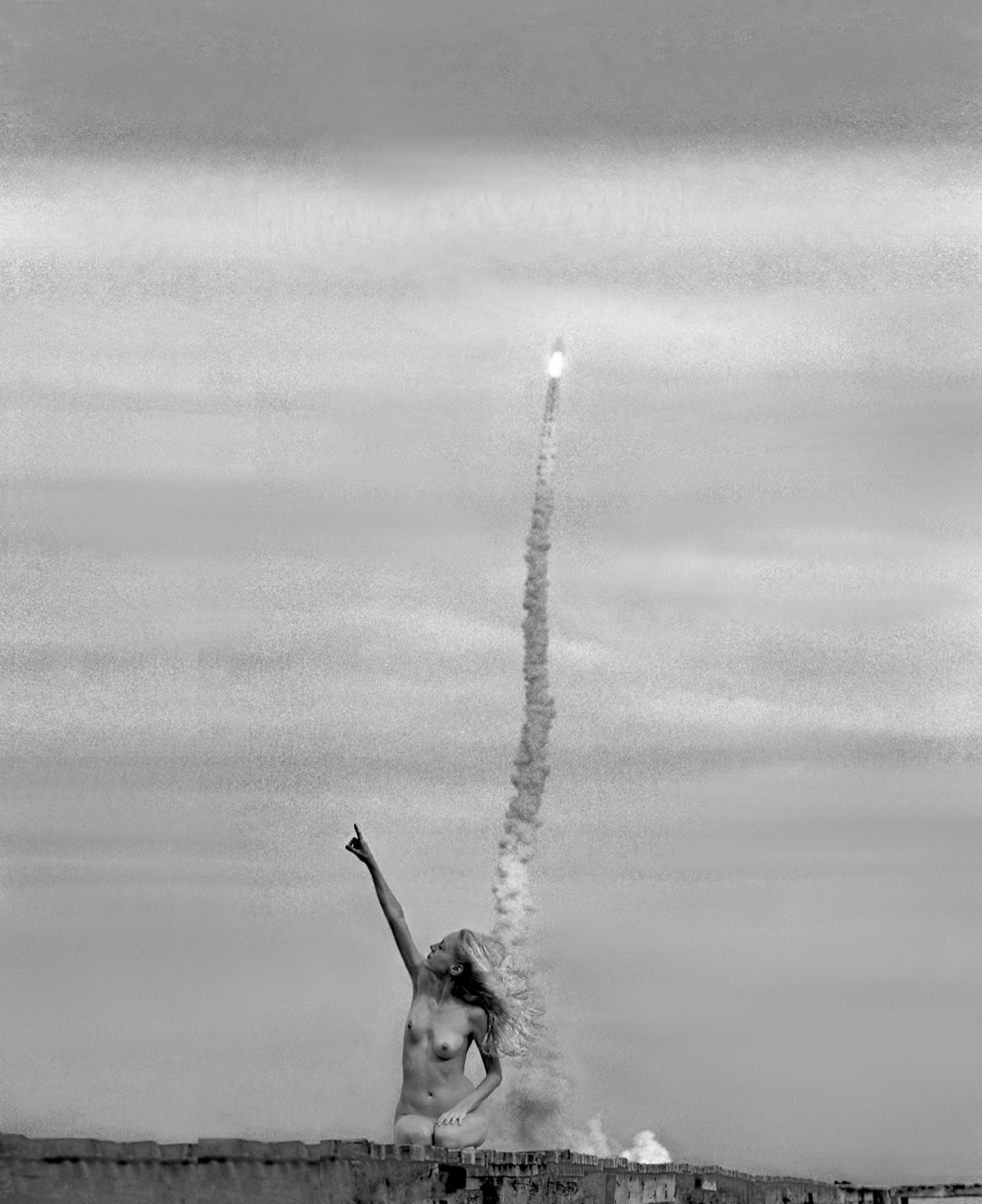 SR 50 (VAB)
1/2 Mile north on Riverside Drive, on a dock that stretched out into the Indian River, was a piece of Florida’s finest art.

The Road Through Time & Space

State Road 50 (SR 50) runs across the center of the U.S. state of Florida through Orlando, starting at Weeki Wachee (SR5 /SR55) /US 19) and ending in Titusville (US1), directly across from the VAB and Space Complex #39 rising on the horizon (Cape Canaveral).

Several portions of SR 50 east of SR 436 follow the original Cheney Highway, which was named for John Moses Cheney and was the first road to the coast from Orlando. Full travel from Orlando to Titusville on the Old Cheney Highway, however, is not possible due to the demolition of a bridge over the Econlockhatchee River. At the end of SR50, NASA‘s Vehicle Assembly Building (VAB) is visible.

State Road 408, also known as the East-West Expressway or Toll Road 408, from its western starting point near Ocoee to its eastern terminus near the University of Central Florida near Bithlo, runs almost directly parallel to SR50, with most exits on the 408 being within a mile to two miles away from SR50. The East-West Expressway was originally designed to, and still does, relieve traffic congestion on SR 50 during rush hour.

— dave.
The Road Through Time & Space

Through Ocala over the Ocklawaha River and bridge and through the heart of the Ocala National Forest to Silver Springs, A1A in Ormond Beach. Yankeetown on the Gulf Coast.

A western extension of SR 40 continues from US 41 in Dunnellon as SR 40 to the Gulf of Mexico through Marion and Levy Counties north of the Withlacoochee River. County Road 40 is named Follow That Dream Parkway west of US 19/98 after the 1962 Elvis Presley movie that was filmed in Inglis, Yankeetown and the surrounding area. East of US 19-98, the road is known as Port Avenue in Levy County, and Cedar Street, then Pennsylvania Avenue in Dunnellon. Between Dunnellon and Rainbow Lakes Estates, SR 40 serves as a not-so-hidden route along US 41. 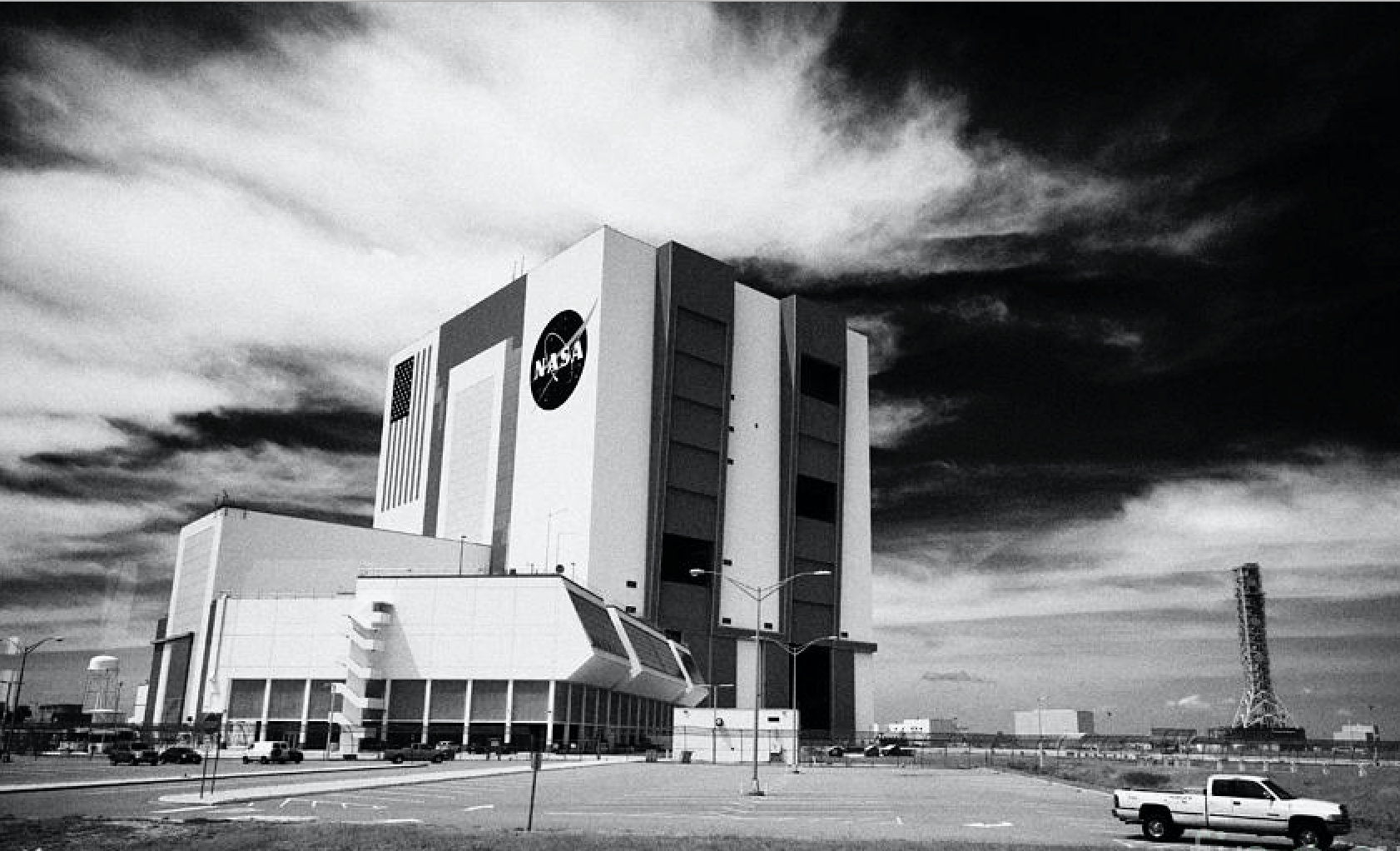 Far from the fondest of memories, watching all the “manned launches,” starting with Alan Shepard’s most exhilarating, 15-minute, up and down ride anyone had ever seen.
From our front yard on the Cocoa mainland, my mother, my sister, my brother, and I watched the yellow flame rise into the clear blue Florida sky, and after it disappeared, we went inside to begin what would be a life-long, Space Coast ritual.
Closing the screen door behind you, and sitting down in the living room, listening to one of the network newsmen, writing (telling) America’s history as they saw it.
We, like most, listened to Walter Cronkite, the voice of CBS news, the Truth in America.
Walter Cronkite — an honest man who told us what he saw.