APOLLO 11
The Eagle Has Landed

Pink Floyd
Dark Side Of The Moon (1974)
Isaac Newton (Optiks)

Michelangelo
Italian sculptor, painter, architect and poet of the High Renaissance born in the Republic of Florence, who exerted an unparalleled influence on the development of Western art. Considered by many the greatest artist of his lifetime, and by some the greatest artist of all time, his artistic versatility was of such a high order that he is often considered a contender for the title of the archetypal Renaissance man, along with his rival, the fellow Florentine and client of the Medici, Leonardo da Vinci.
A number of Michelangelo’s works of painting, sculpture and architecture rank among the most famous in existence. His output in these fields was prodigious; given the sheer volume of surviving correspondence, sketches and reminiscences, he is the best-documented artist of the 16th century. He sculpted two of his best-known works, the Pietà and David, before the age of thirty. Despite holding a low opinion of painting, he also created two of the most influential frescoes in the history of Western art: the scenes from Genesis on the ceiling of the Sistine Chapel in Rome, and The Last Judgment on its altar wall. His design of the Laurentian Library pioneered Mannerist architecture. At the age of 74, he succeeded Antonio da Sangallo the Younger as the architect of St. Peter’s Basilica. He transformed the plan so that the western end was finished to his design, as was the dome, with some modification, after his death. 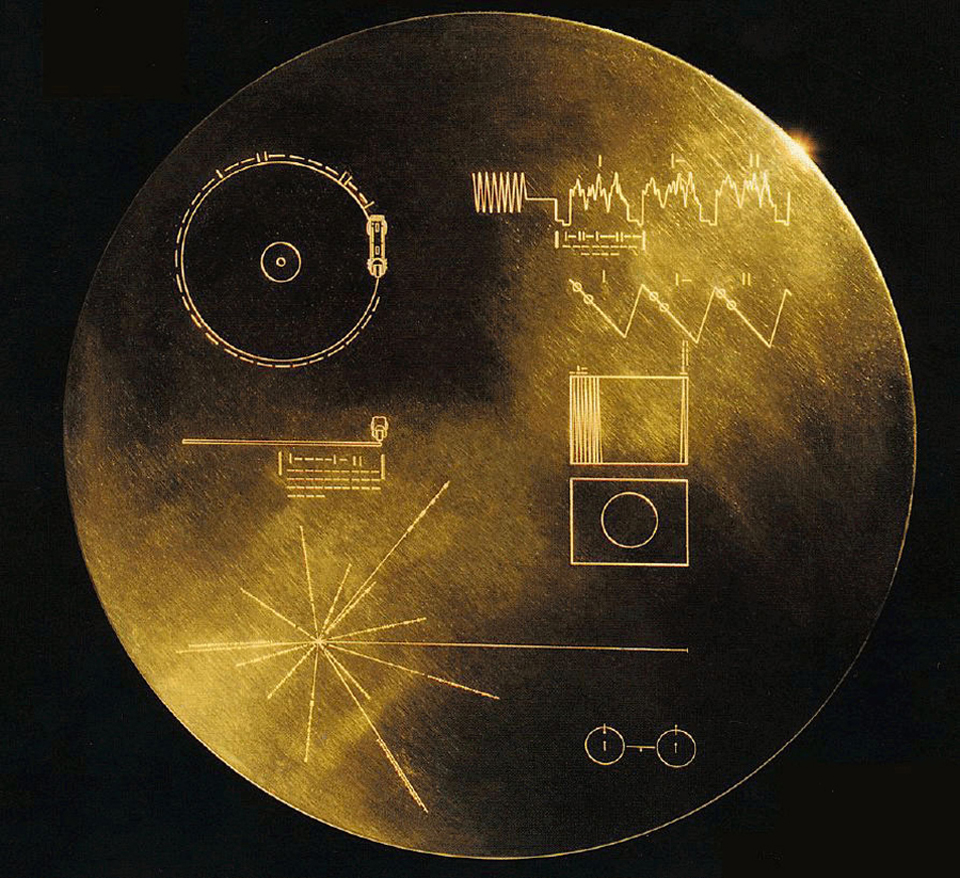 (Italian) April 1452 – 2 May 1519)
Italian polymath of the Renaissance whose areas of interest included invention, drawing, painting, sculpture, architecture, science, music, mathematics, engineering, literature, anatomy, geology, astronomy, botany, paleontology, and cartography. He has been variously called the father of palaeontology, ichnology, and architecture, and is widely considered one of the greatest painters of all time (despite perhaps only 15 of his paintings having survived).
Born out of wedlock to a notary, Piero da Vinci, and a peasant woman, Caterina, in Vinci, in the region of Florence, Italy, Leonardo was educated in the studio of the renowned Italian painter Andrea del Verrocchio. Much of his earlier working life was spent in the service of Ludovico il Moro in Milan, and he later worked in Rome, Bologna and Venice. He spent his last three years in France, where he died in 1519.
Leonardo is renowned primarily as a painter. The Mona Lisa is the most famous of his works and the most popular portrait ever made. The Last Supper is the most reproduced religious painting of all time and his Vitruvian Man drawing is regarded as a cultural icon as well. Salvator Mundi was sold for a world record $450.3 million at a Christie’s auction in New York, 15 November 2017, the highest price ever paid for a work of art. Leonardo’s paintings and preparatory drawings—together with his notebooks, which contain sketches, scientific diagrams, and his thoughts on the nature of painting—compose a contribution to later generations of artists rivalled only by that of his contemporary Michelangelo. 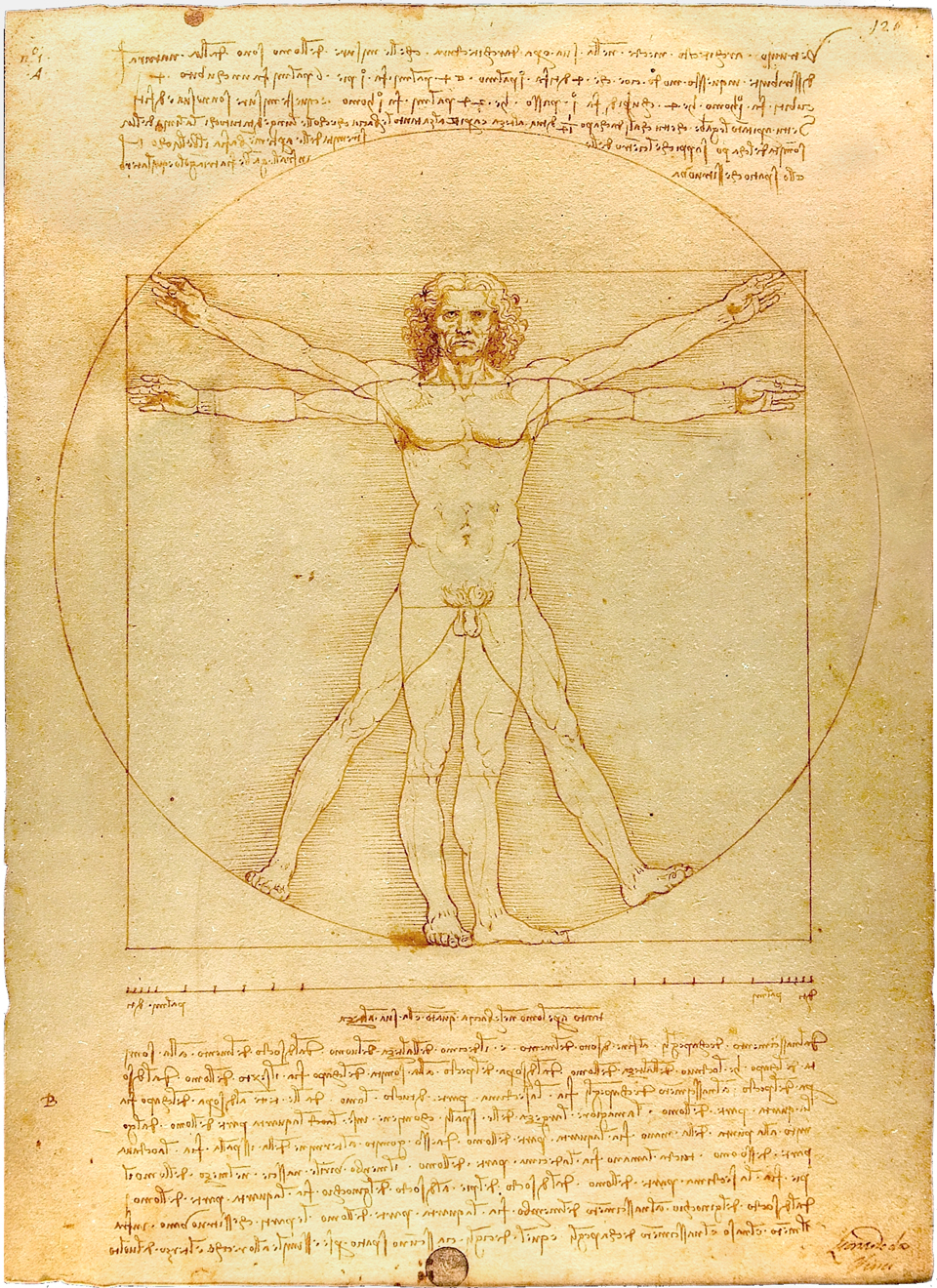 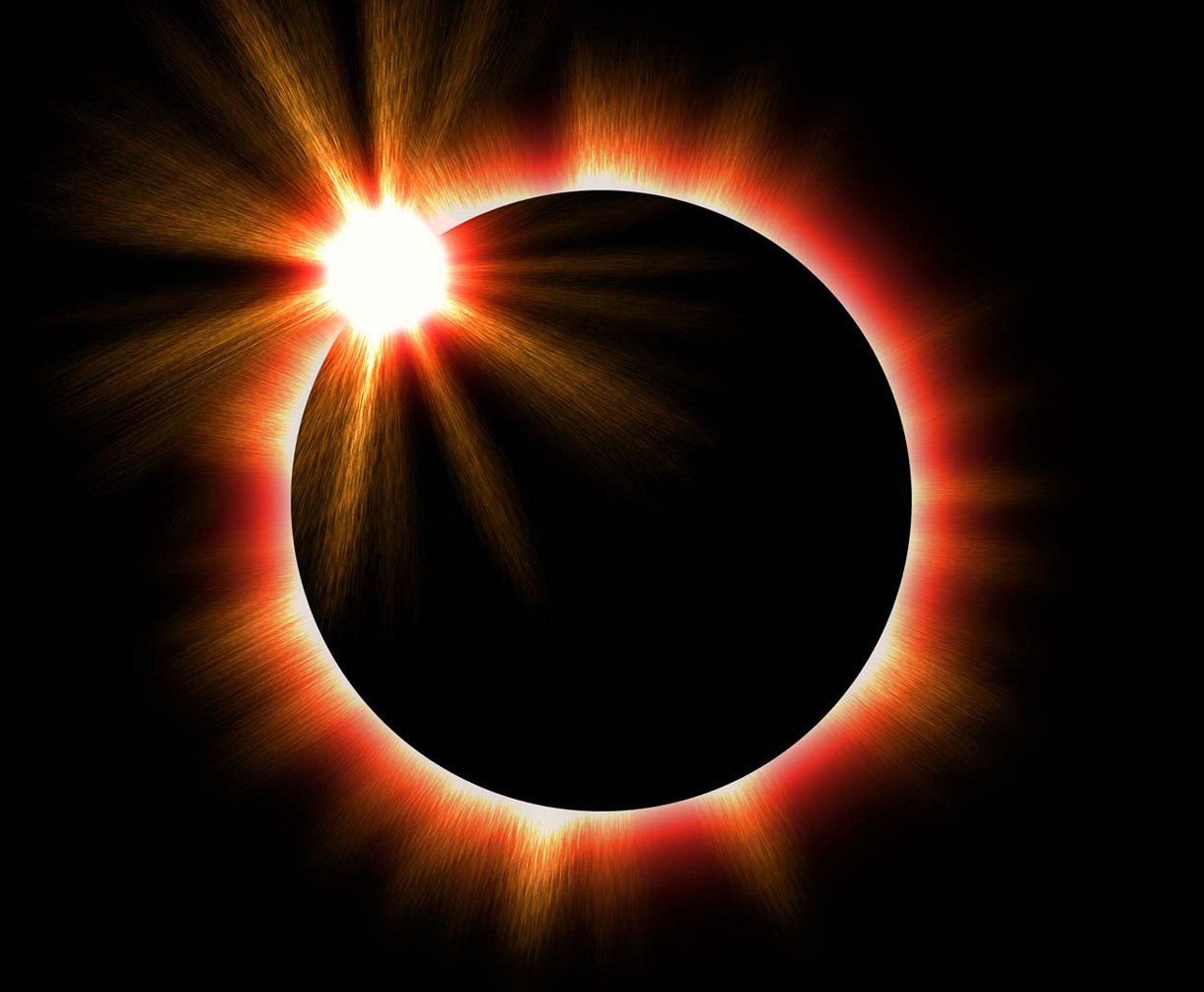 Claudius Ptolemy
An Earth Self-Centered View of the Sky
RELIGION
God Created the Universe
Born: 85 CE; Hermiou, Egypt.
Died: 165 CE; Alexandria, Egypt.
The Earth was the center of the Universe according to
Claudius Ptolemy’s view of the cosmos persisted for 1400 years until it was (controversially) overturned by the findings of:
Copernicus
Galileo
Newton
Ancient Astronomer
Alexandria, Egypt
A city established by Alexander the Great
400 years before Ptolemy’s birth.
GREEK RULE
Alexandria cultivated a famous library, attracting scholars from Greece.
Alexandria’s school for astronomers received praise and patronage.
PTOLEMY’S COSMIC VIEW
THE NAKED TRUTH

30 BCE
The Romans conquered Egypt
(Octavian Over Cleopatra)
Rome’s interest was in conquering the Earth,
not phi·los·o·phiz·ing about the universe, and the meaning of life.
GOD CREATED THE HEAVEN AND THE EARTH.
It took him seven days.
That’s the Catholic Church’s story.
And you had better stick to it.
The Romans, unlike the Greeks who they had conquered, provided nearly nothing for the scientific study of the stars.
Alexandria had become the second-largest city in the Roman Empire, not because of its scholarly past, but because it was the Empire’s most important source of grain (wheat).
FOOD FOR WAR.
FOOD FOR THOUGHT.
THE LAST ASTRONOMER STANDING
(Alone In The Desert)
Ptolemy
The One Great Astronomer of Roman Alexandria.Copernicus (1543)

Renaissance-era polymath who theory of the universe placed the Sun rather than Earth at the center of the universe, in all likelihood independently of Aristarchus of Samos, who had articulated similar ideas some eighteen centuries earlier.

The publication of Copernicus’ book De revolutionibus orbium coelestium (On the Revolutions of the Celestial Spheres), just before his death in 1543, was a major event in the history of science, triggering the Copernican Revolution and making a pioneering contribution to the Scientific Revolution.

Galileo studied speed and velocity, gravity and free fall, the principle of relativity, inertia, projectile motion and also worked in applied science and technology, describing the properties of pendulums and “hydrostatic balances”, inventing the thermoscope and various military compasses, and using the telescope for scientific observations of celestial objects. His contributions to observational astronomy include the telescopic confirmation of the phases of Venus, the observation of the four largest satellites of Jupiter, the observation of Saturn’s rings, and the analysis of sunspots.

Galileo’s championing of heliocentrism and Copernicanism was controversial during his lifetime, when most subscribed to geocentric models such as the Tychonic system. He met with opposition from astronomers, who doubted heliocentrism because of the absence of an observed stellar parallax. The matter was investigated by the Roman Inquisition in 1615, which concluded that heliocentrism was “foolish and absurd in philosophy, and formally heretical since it explicitly contradicts in many places the sense of Holy Scripture”.

Galileo later defended his views in Dialogue Concerning the Two Chief World Systems (1632), which appeared to attack Pope Urban VIII and thus alienated him and the Jesuits, who had both supported Galileo up until this point. He was tried by the Inquisition, found “vehemently suspect of heresy”, and forced to recant. He spent the rest of his life under house arrest. While under house arrest, he wrote Two New Sciences, in which he summarized work he had done some forty years earlier on the two sciences now called kinematics and strength of materials.

Glass/ Lens/ Telescope
Astronomy
History Of Science
The Catholic Church
Scientific Revolution
Sir Isaac Newton (1705)
Spanish Inquisition
During most of the 16th and 17th centuries, fear of heretics spreading teachings and opinions that contradicted the Bible dominated the Catholic Church.
They persecuted scientists who formed theories the Church deemed heretical
Forbade people from reading any books on those subjects, placing them on
The Index of Prohibited Books.
WAR OF THE WORLDS
Science vs. Religion
Casualties Of War
Nicholas Copernicus (1508)
Galileo Galilei (1633)
The Persecuted
The Starry Messenger b/ Galileo Galilei
“Cosmic Messenger” b/ Jean Luc-Ponty
Galileo was jailed for heresy for being the first scientist to write Earth orbited around the Sun, and that the Earth was not the Center Of The Universe, as the Catholic Church had always preached. The Starry Messenger was banned in 1633, and Galileo was sentenced to Life Imprisonment, and remained in custody until his death in 1642. 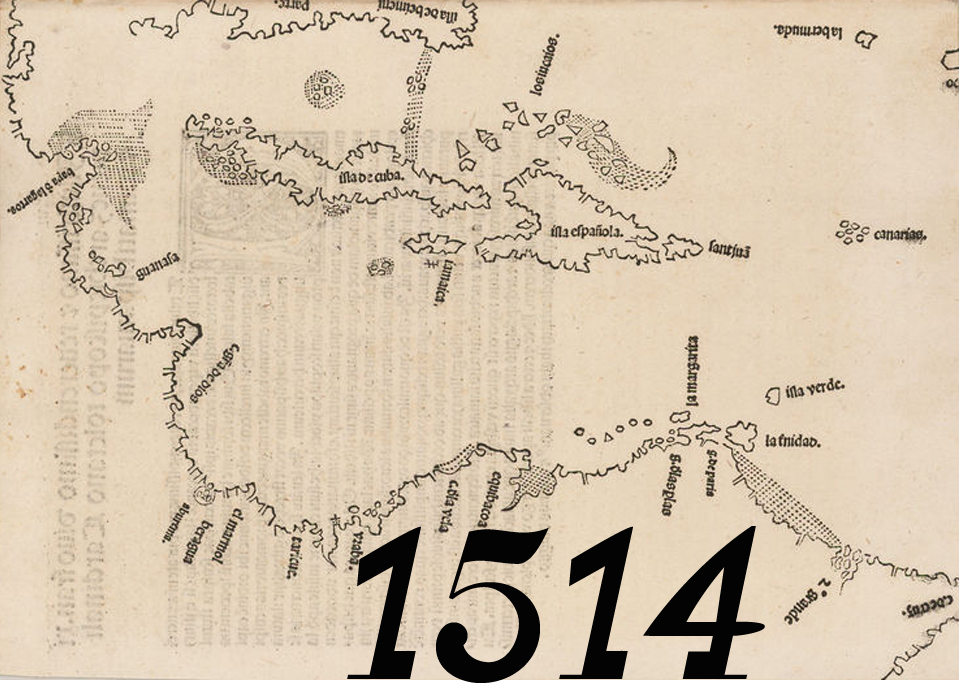 GRAVITY: THE THEORY
Newton’s three basic laws of motion
outlined in Principia helped him arrive at his theory of gravity.
Two objects attract each other with a force of gravitational attraction that’s proportional to their masses and inversely proportional to the square of the distance between their centers.
These laws helped explain not only ELLIPTICAL PLANETARY ORBITS, but nearly every other motion in the universe: how the planets are kept in orbit by the pull of the sun’s gravity;
How the moon revolves around Earth
and the moons of Jupiter revolve around it
how comets revolve in elliptical orbits around the sun.
They also allowed him to calculate the mass of each planet,
calculate the flattening of the Earth at the poles and the bulge at the equator,
and how the gravitational pull of the sun and moon create the Earth’s TIDES.

According to Newton, gravity kept the universe balanced, made it work, and brought heaven and Earth together in one great equation.

1668
Telescope
Newton’s first major public scientific achievement was designing and constructing a reflecting telescope in 1668.
As a professor at Cambridge, Newton was required to deliver an annual course of lectures and chose optics as his initial topic.
He used his telescope to study optics and help prove his theory of light and color.
The Royal Society asked for a demonstration of his reflecting telescope in 1671, and the organization’s interest encouraged Newton to publish his notes on light, optics and color in 1672. These notes were later published as part of Newton’s Opticks: Or, A treatise of the Reflections, Refractions, Inflections and Colours of Light.

1687
17th Century Scientific Revolution
Mathmatical Principal of Natural
https://www.biography.com/scientist/isaac-newton
In 1687, he published his most acclaimed work, Philosophiae Naturalis Principia Mathematica (Mathematical Principles of Natural Philosophy), which has been called the single most influential book on physics.
In 1705, he was knighted by Queen Anne of England, making him Sir Isaac Newton.

Built by John Anderson and J. D. Price, the hotel opened on January 1, 1888. By spring of 1889, the Florida East Coast Railway extended its service from Jacksonville to Daytona, and railroad magnate Henry Flagler bought The Ormond Hotel and enlarged it to handle 600 guests. It became one in a series of his hotels positioned along the line to accommodate his passengers, including The Ponce De León Hotel in St. Augustine, The Royal Poinciana Hotel and The Breakers Hotel in Palm Beach, and The Royal Palm Hotel in Miami. In 1914, John D. Rockefeller arrived at The Ormond Hotel for the winter season, and rented an entire floor for his staff and himself. After four seasons at the hotel, he bought The Casements, a nearby estate also beside the Halifax River.

On November 24, 1980, The Ormond Hotel was added to the U.S. National Register of Historic Places. In 1992, the structure was razed to the ground to make way for a condominium. The original cupola now stands in a riverfront park directly west of the site of the former hotel. 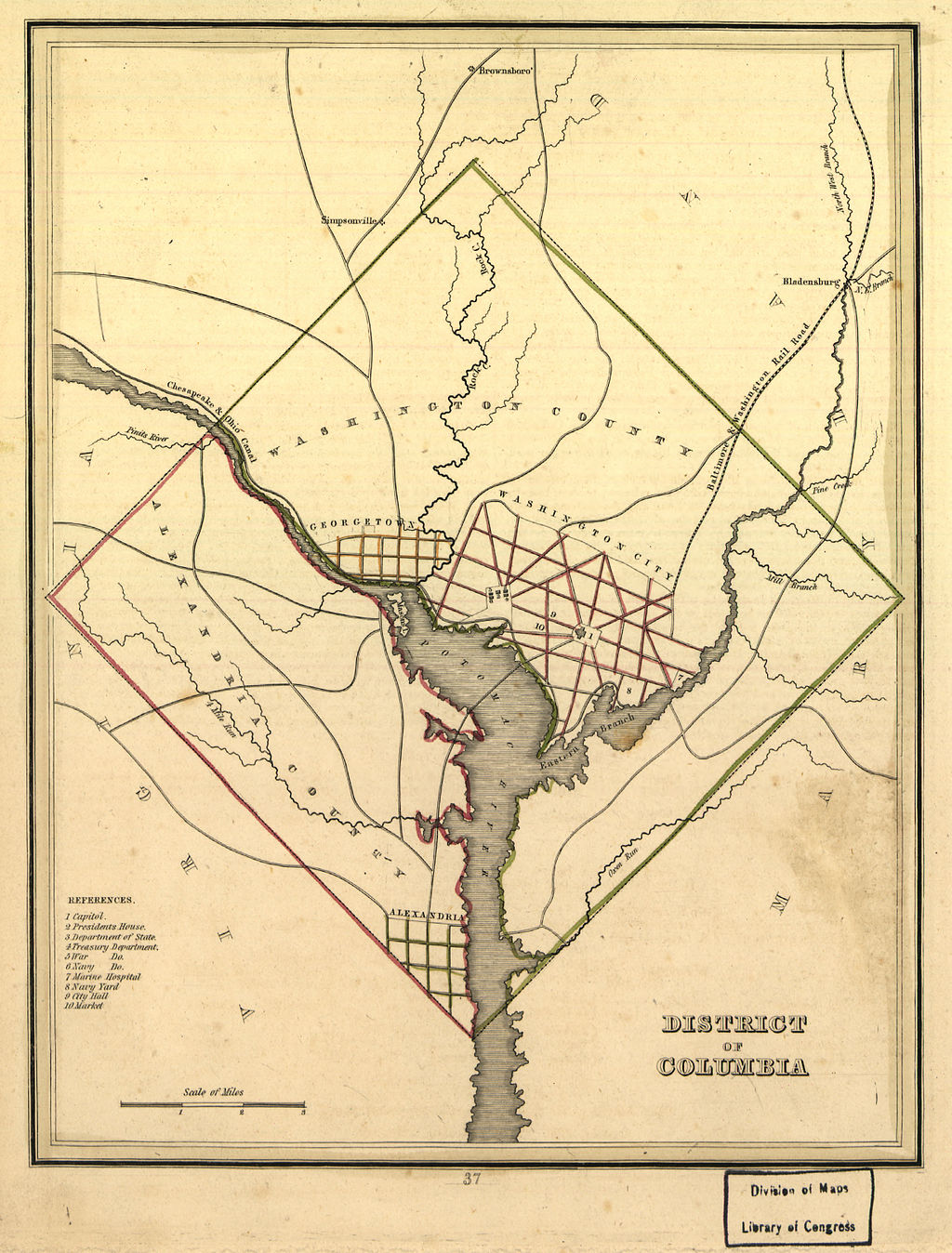 Benjamin Banneker (November 9, 1731 – October 19, 1806) was a free African-American almanac author, surveyor, landowner and farmer who had knowledge of mathematics and natural history. Born in Baltimore County, Maryland, to a free African-American woman and a former slave, Banneker had little or no formal education and was largely self-taught. He became known for assisting Major Andrew Ellicott in a survey that established the original borders of the District of Columbia, the federal capital district of the United States.

Banneker’s knowledge of astronomy helped him author a commercially successful series of almanacs. He corresponded with Thomas Jefferson on the topics of slavery and racial equality, Jefferson having earlier drafted the United States Declaration of Independence. Abolitionists and advocates of racial equality promoted and praised Banneker’s works.

“From The Earth To The Moon” 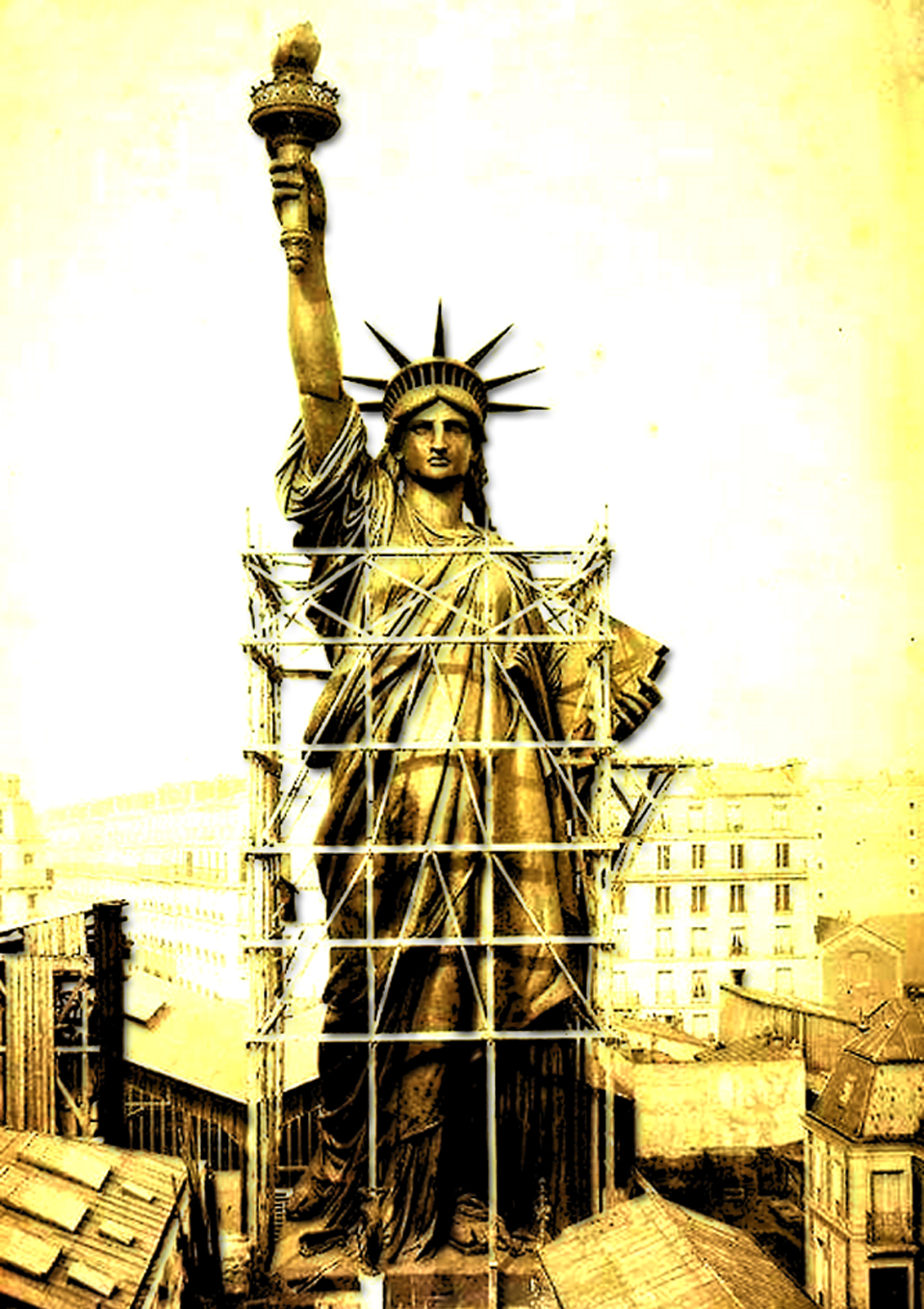 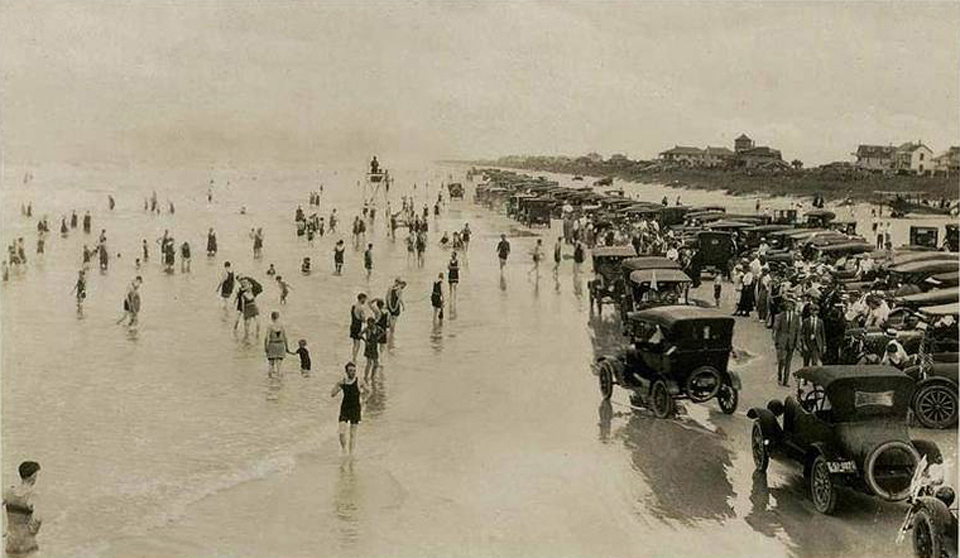 Built by John Anderson and J. D. Price, the hotel opened on January 1, 1888. By spring of 1889, the Florida East Coast Railway extended its service from Jacksonville to Daytona, and railroad magnate Henry Flagler bought The Ormond Hotel and enlarged it to handle 600 guests. It became one in a series of his hotels positioned along the line to accommodate his passengers, including

In 1914, John D. Rockefeller arrived at The Ormond Hotel for the winter season, and rented an entire floor for his staff and himself. After four seasons at the hotel, he bought The Casements, a nearby estate also beside the Halifax River.

1980 — The Ormond Hotel was added to the U.S. National Register of Historic Places. 1992 — The structure was razed to make way for a condominium. The original cupola now stands in a riverfront park directly west of the site of the former hotel.