Time for an honest (musical) telling of the African American story of the fight for Civil Rights and Economic Justice for all in the United States of America. 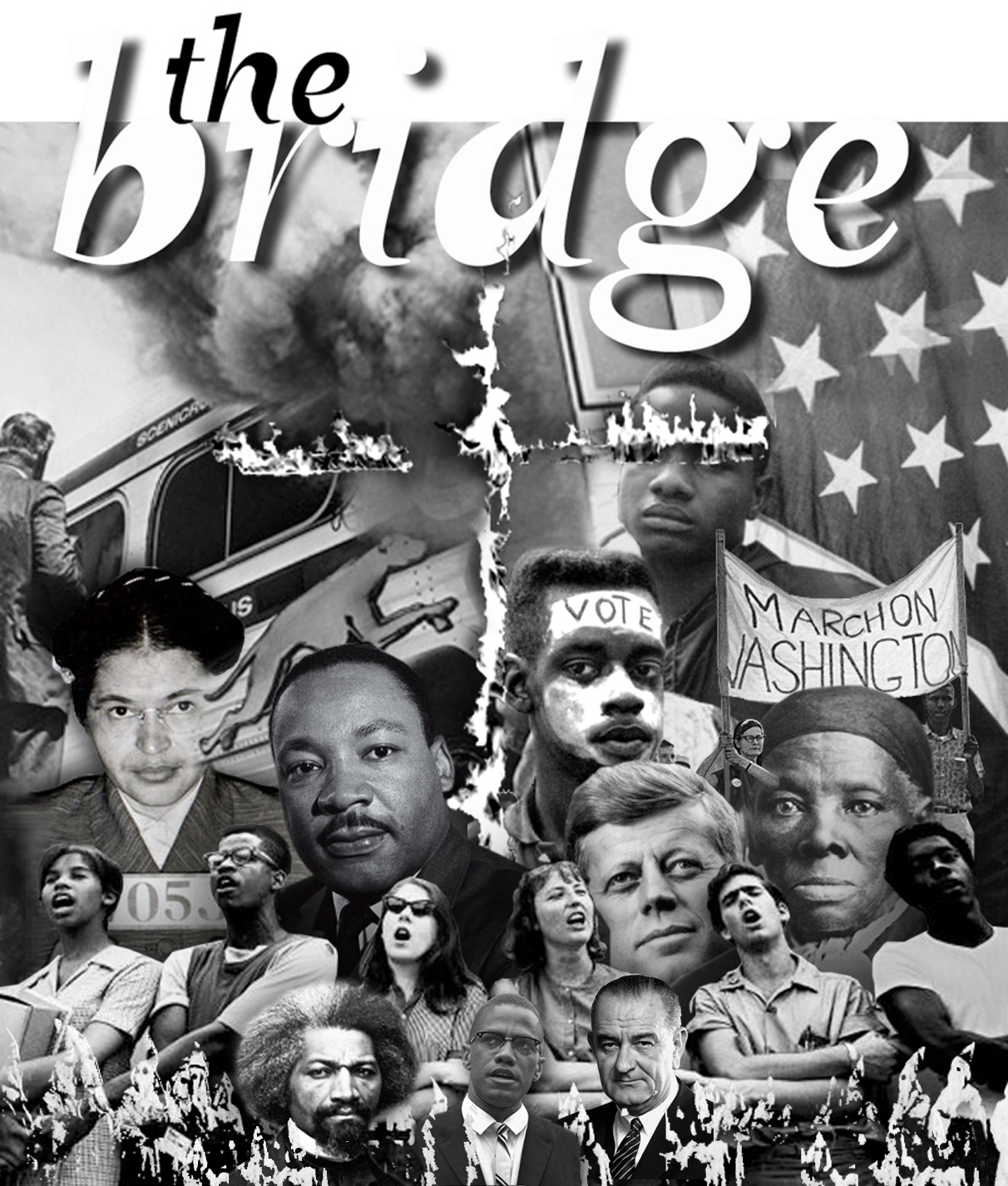 Allan Harris and Doug Wimbish, known as residing on opposite sides of the musical spectrum, first performed together in Miami, as part of The Miami Design Preservation League’s Annual Art Deco Weekend on Ocean Drive in Miami Beach. “The World is a Ghetto” (above) was part of a live broadcast on Miami’s PBS radio station the Thursday before the weekend. 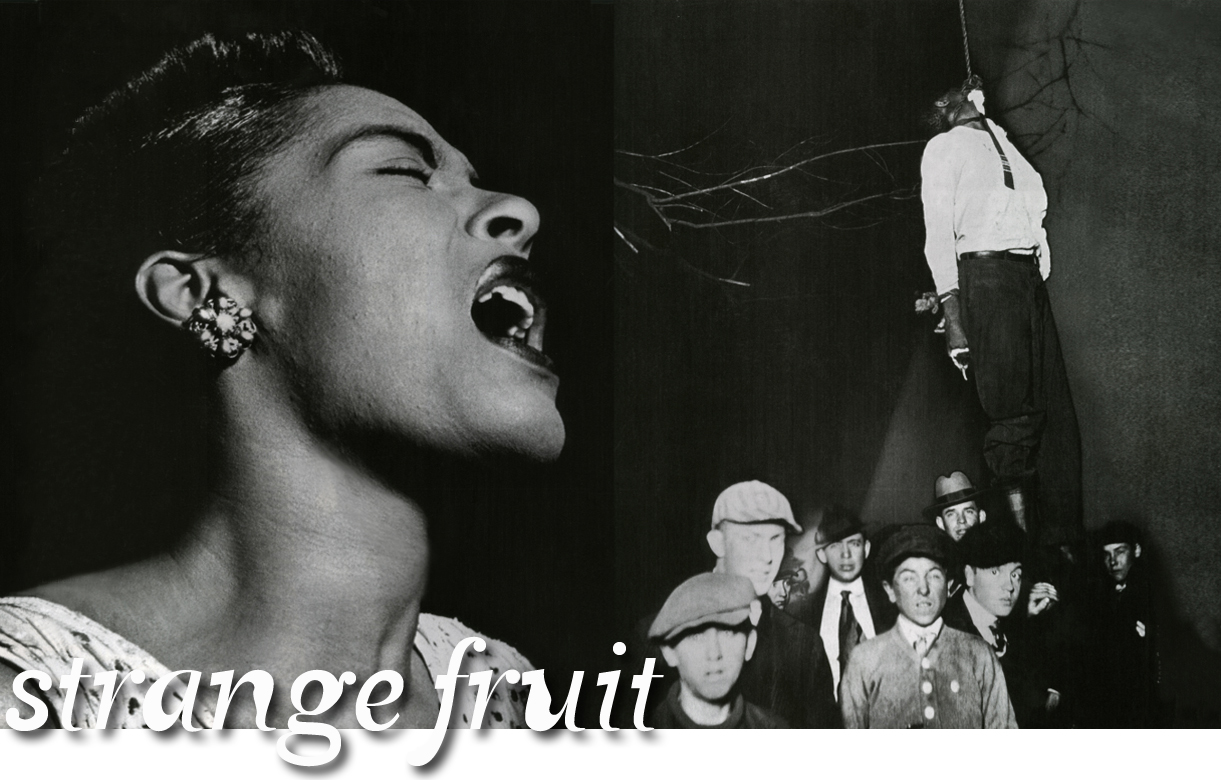 1939 — “Strange Fruit“, the song known for its horrifying description of the Ku Klux Klan’s indiscriminate execution of innocent black men, was written by Abel Meeropol, a white, Jewish school teacher in the Bronx, New York. From the first time she sang it at Café Society, one of New York City’s first integrated nightclubs in Greenwich Village, Holiday wept every time she sang it after. She told of how moved she was by Meeropol’s words, “so horrific, sad, and true.” 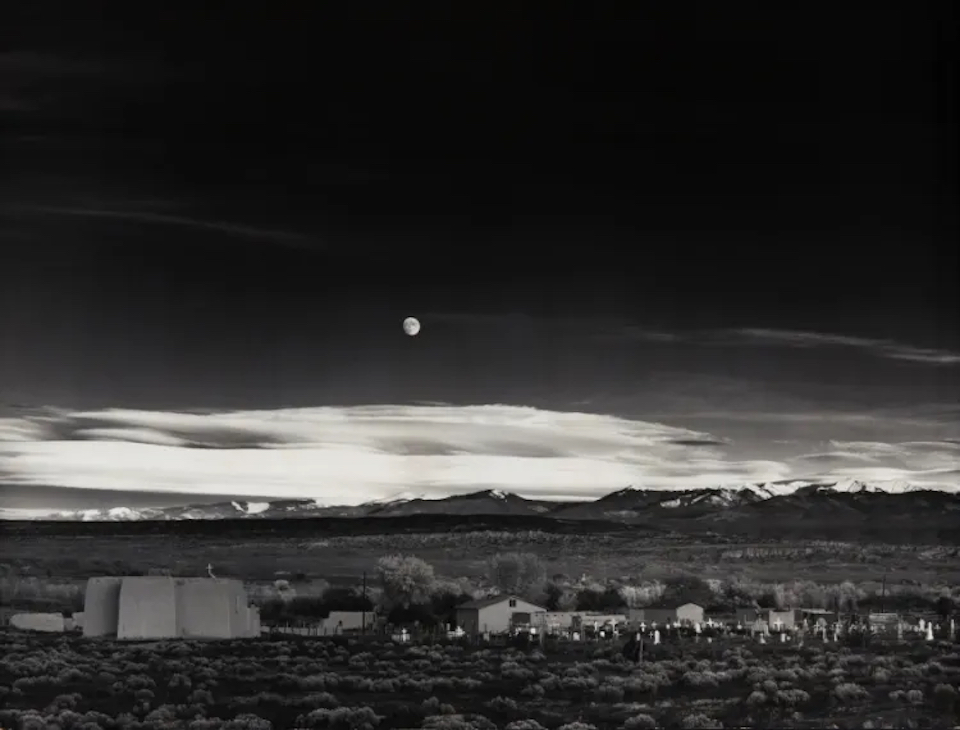 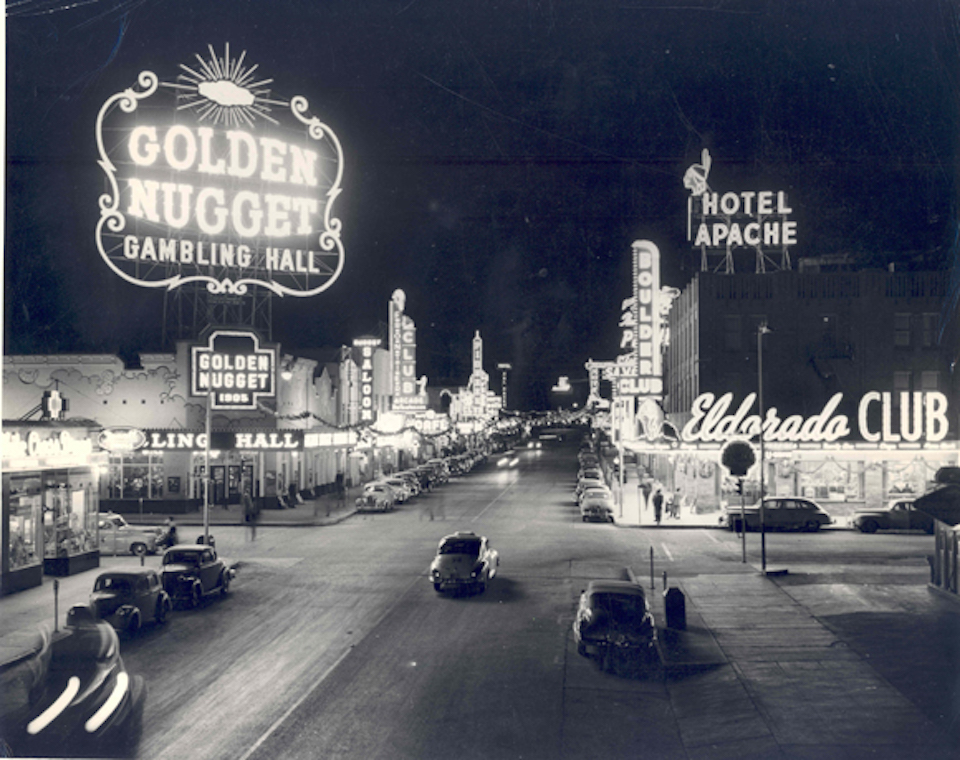 1957 — Hearing the story of The Little Rock Nine (the nine African American children who faced anger, discrimination, and white nationalists, after enrolling in the all-white Little Rock Central High School in 1957. The first, and most notable, segregation of a public school after the Supreme Court’s historic Brown vs. the Board of Education decision),

Paul McCartney was inspired to write “Blackbird,” the song featured on The Beatles White Album.

One day in what’s now called “The Golden Age Of Jazz,” a momentous gathering of musicians was preserved, and now stands as an important document in America’s musical history. 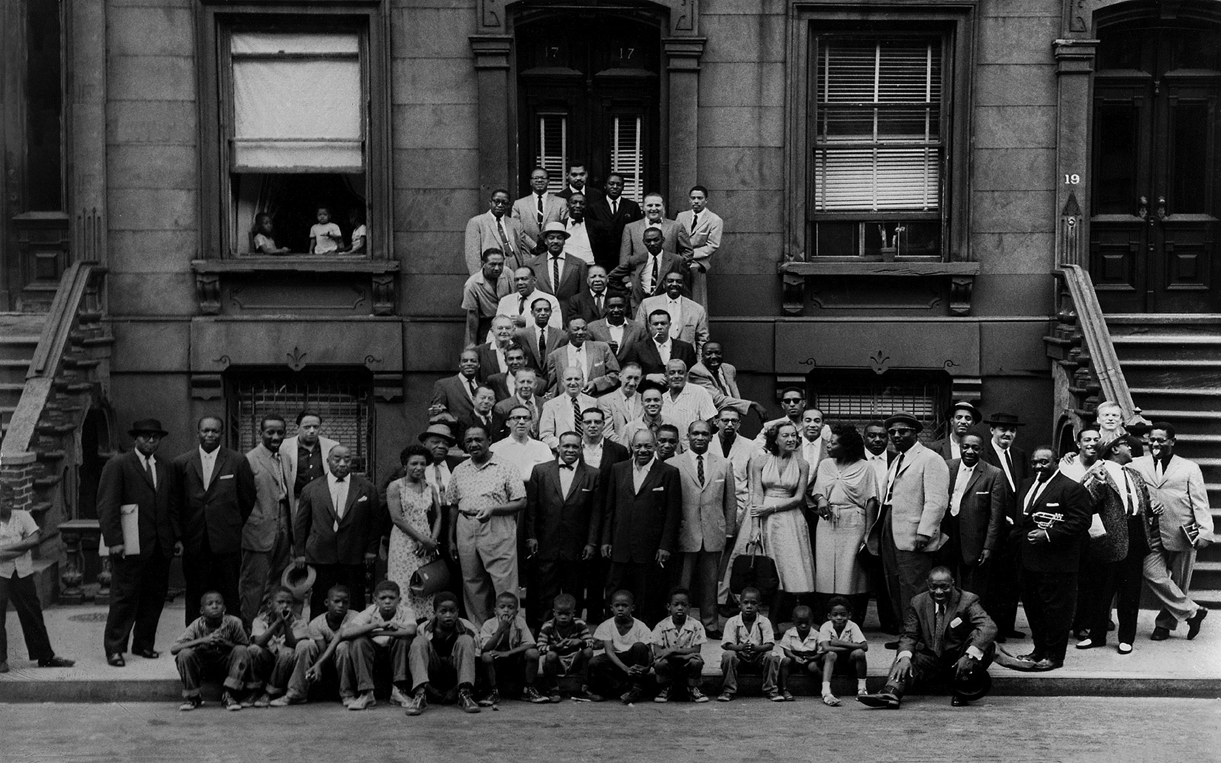 A Great Day In Harlem b/ Art Kane (Esquire)

1958 — A Great Day in Harlem or Harlem 1958 is a black-and-white photograph of 57 jazz musicians in Harlem, New York, taken by freelance photographer Art Kane for Esquire magazine on August 12, 1958. The musicians gathered at 17 East 126th Street between Fifth and Madison Avenue. Esquire The photograph was published in Esquire’s January 1959 issue.

1961 — Martin Luther King Jr.
The Voice for Freedom and Justice for All 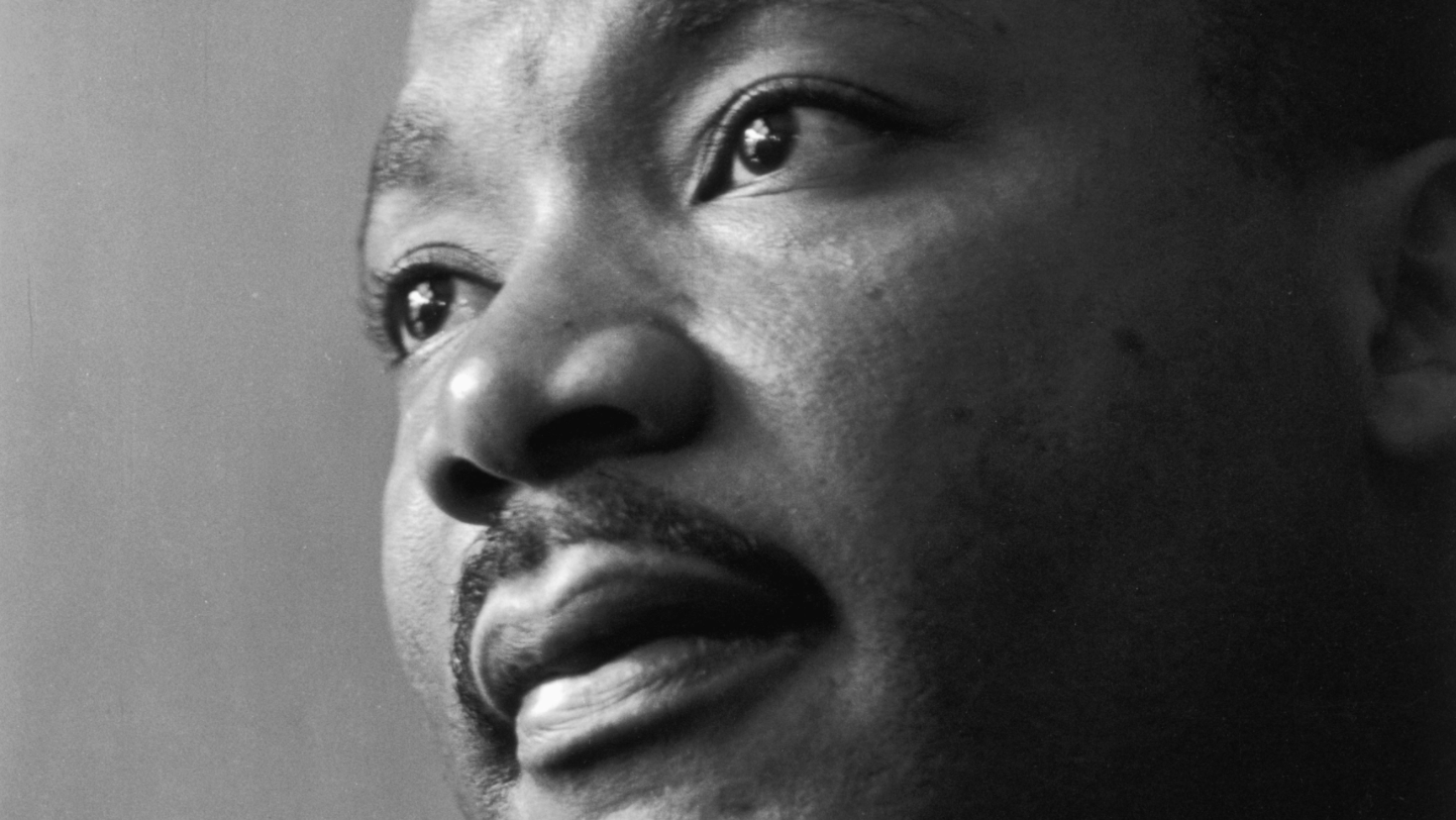 Southern states ignored the Supreme Court, and the federal government had done nothing to enforce laws against segreation. 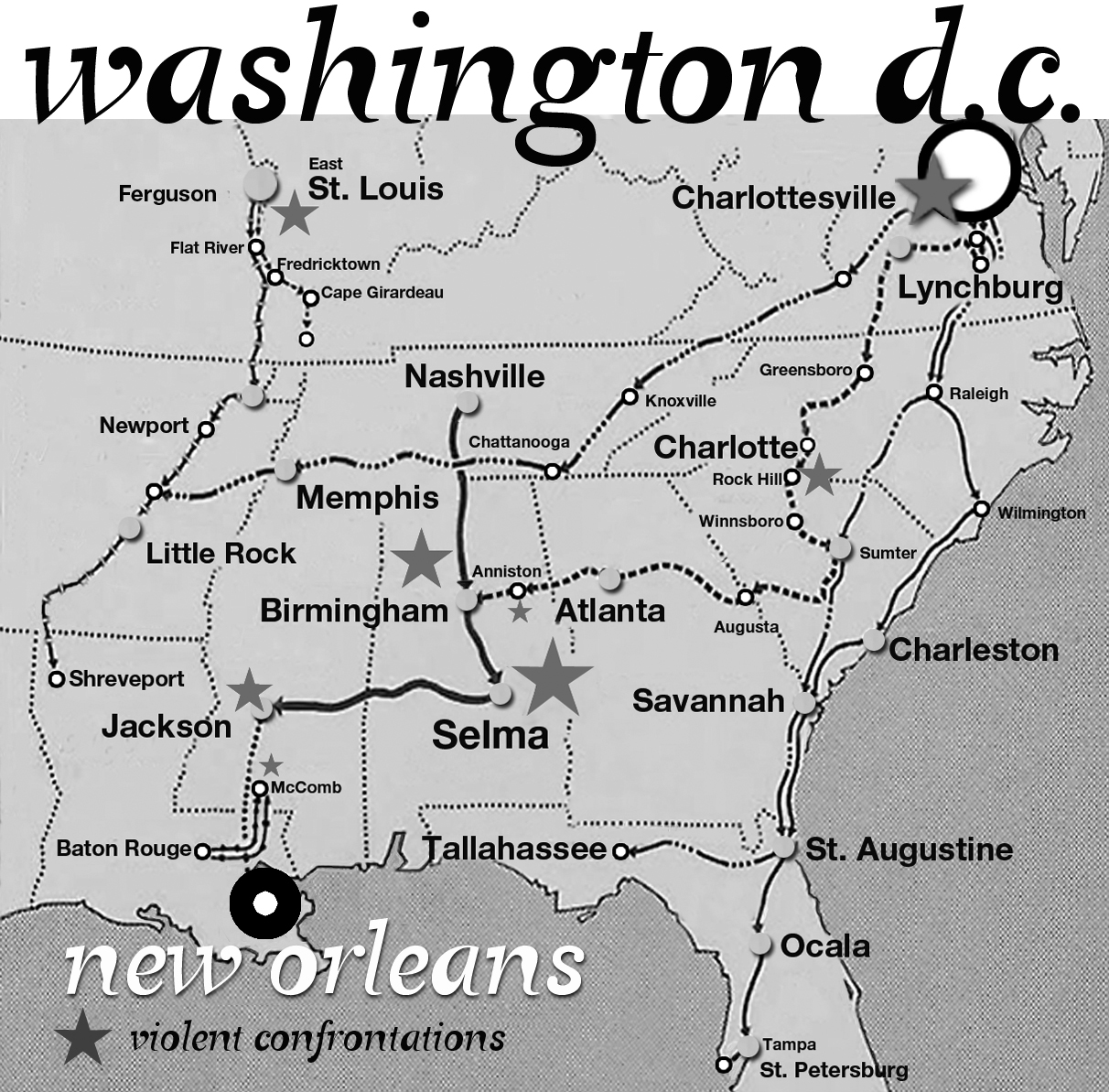 FREEDOM ROAD — Groups made up of young, white (many Jewish) and oppressed African American Activists, embarked (on Greyhound busses) from New Jersey, starting a dangerous journey, south through Tennessee, Louisianna, Mississippi, Alabama … east to Florida and back north up the Southeast coast, Georgia, the Carolinas, and Virginia, before ending in Washington D.C. 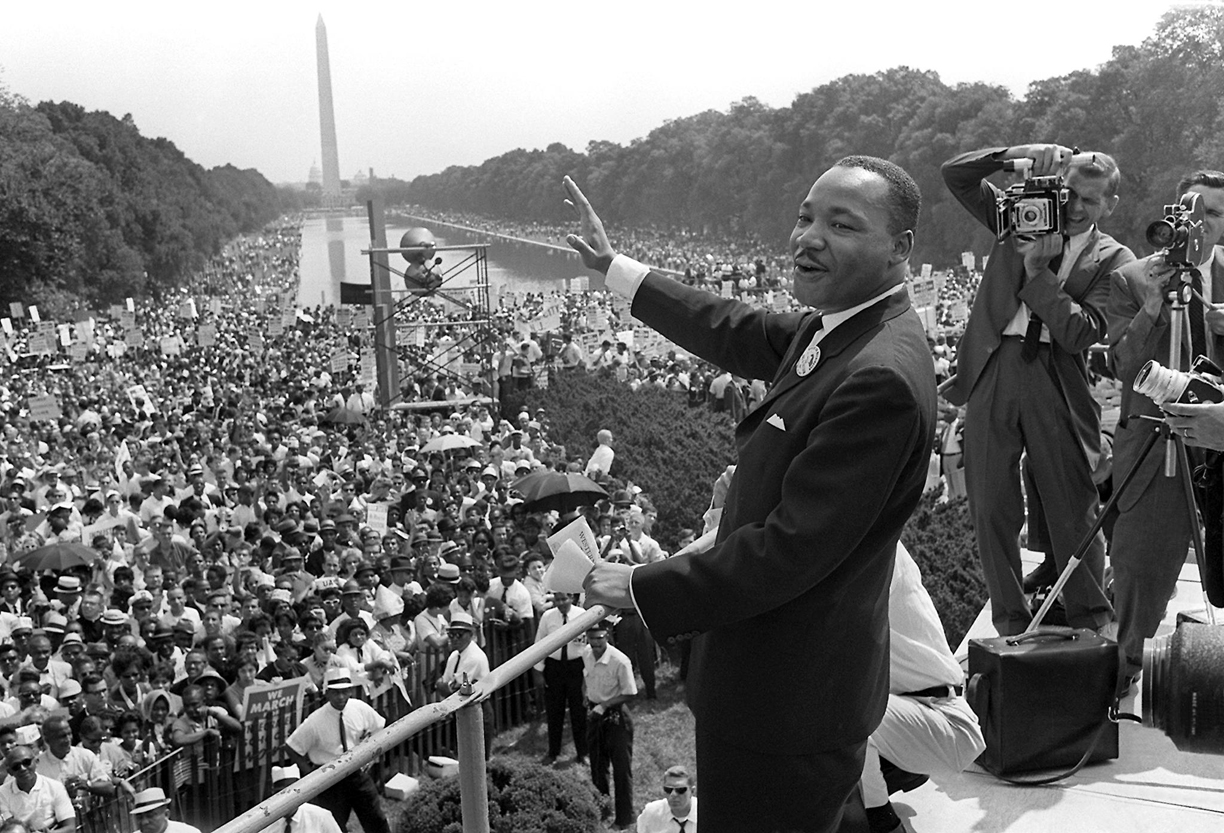 August 28, 1963 — Two years after the first Freedom Ride, and at the end of THE MARCH ON WASHINGTON FOR JOBS AND FREEDOM. Martin Luther King Jr. delivered his “I Have A Dream“ speech, and called for voting rights, overall economic justice, and to end racism in the United States.

The KKK Bomb  Heard Around The World …

September 15, 1963 — A bombing at the 16th Street Church in Birmingham, Alabama killed four young girls, and marked a turning point in the fight for civil rights. Paul McCartney has said the bombing in Birmingham, and racial tension in America was inspiration for his writing “Blackbird,” a song featured on The Beatles White Album. 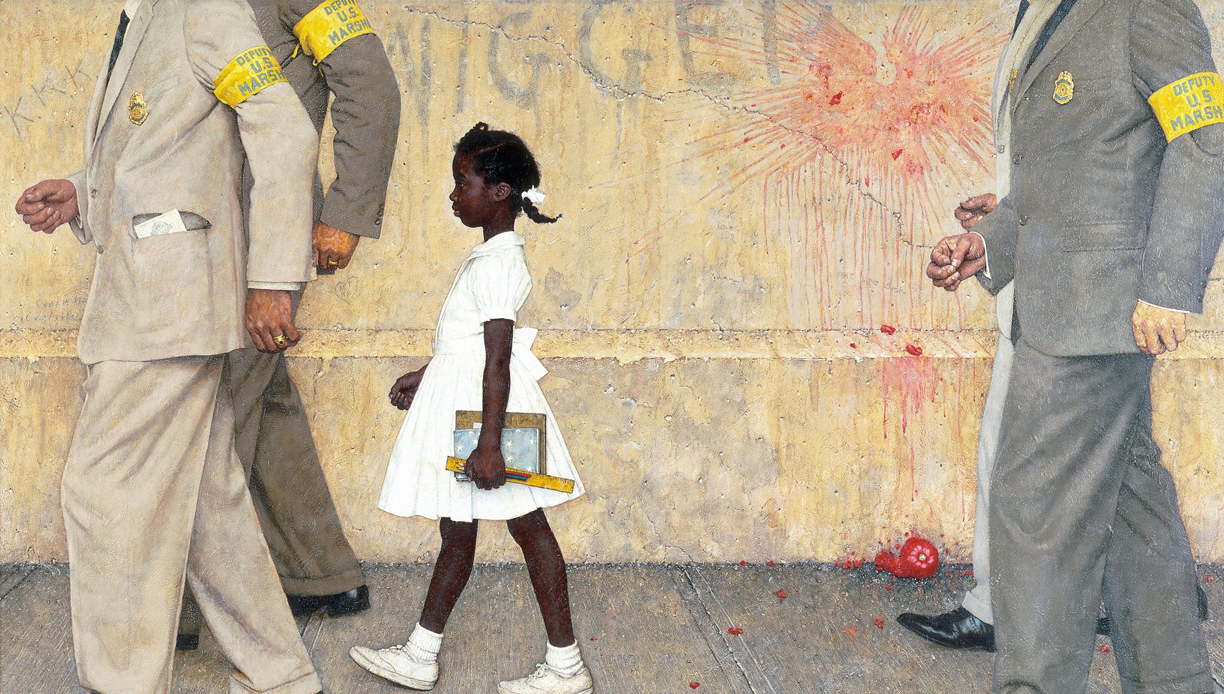 Hearing the story of The Little Rock Nine (the nine African American children who faced anger, discrimination, and white nationalists, after enrolling in the all-white Little Rock Central High School in 1957. The first, and most notable, segregation of a public school after the Supreme Court’s historic Brown vs. the Board of Education decision).

GREEN BOOK — Green Book builds a feel-good comedy atop an artifact of shameful segregation. Yikes … The movie is named after the early ’60s guides published for black travelers in America’s segregated South. But its spin is all Hollywood. — Vox.com

1976 — Alex Haley’s book, Roots: The Saga of an American Family., was adapted by ABC as a television miniseries of the same name and aired it in 1977 to a record-breaking audience of 130 million viewers. In the United States, the book and miniseries raised the public awareness of black American history and inspired a broad interest in genealogy and family history. (ancestory.com)

Haley’s first book was The Autobiography of Malcolm X, published in 1965, a collaboration through numerous lengthy interviews with Malcolm X.

1984 — Keith Leblanc vs. Sugar Hill
“No Sell Out,” Keith Leblanc, with the blessing of friend Betty Shabazz, Malcolm X’ widow, made a recording of Malcolm X speeches, cut to a mix of his drum beats and electronic creations. 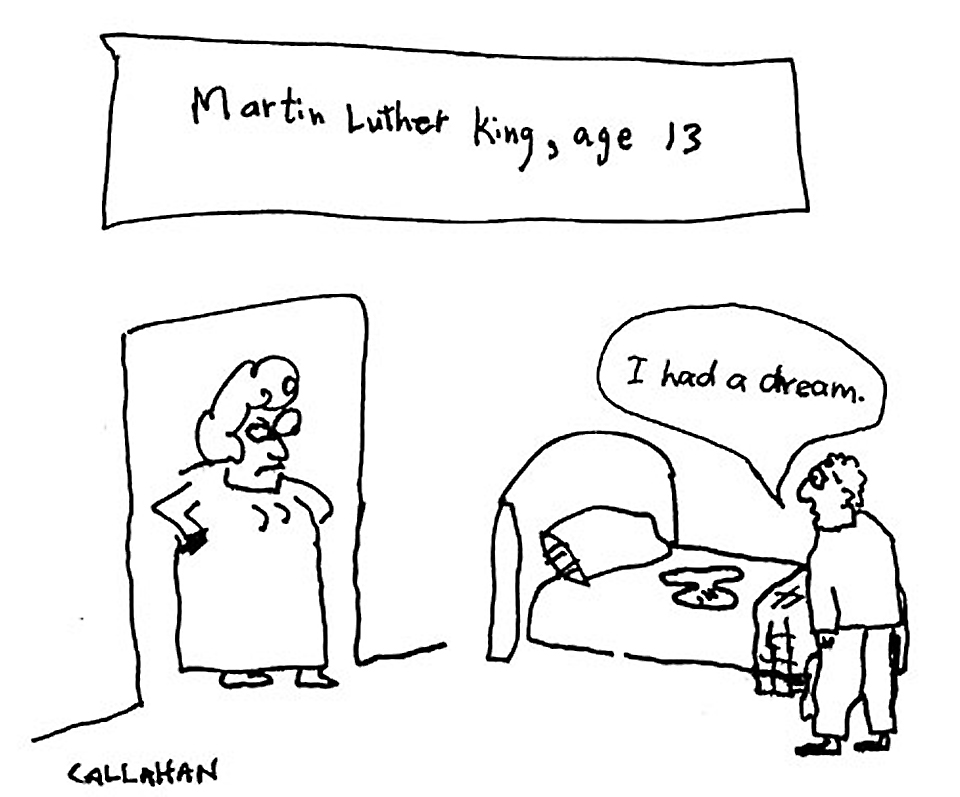 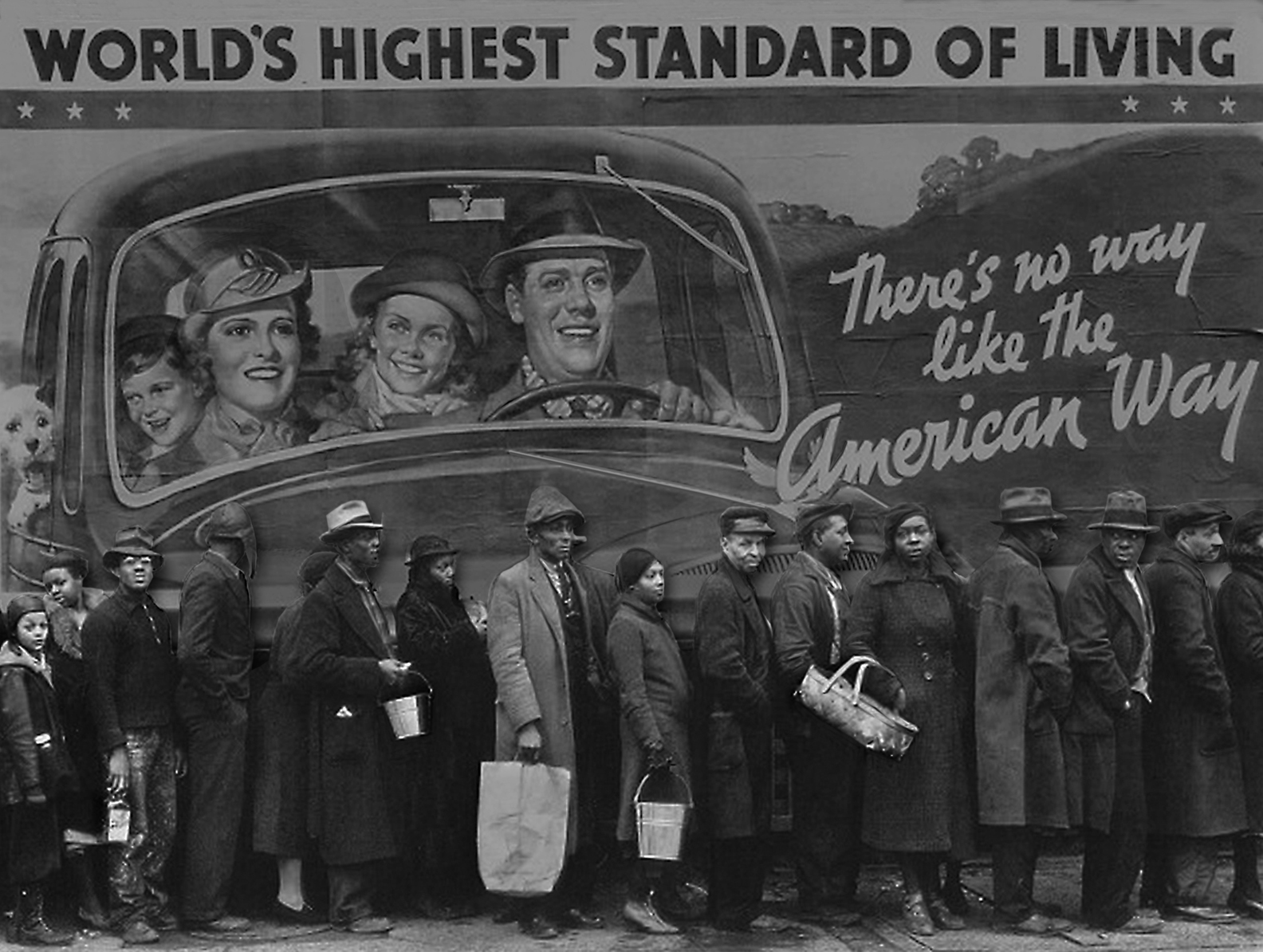 Photographer Margaret Bourke-White’s photograph of the 1937 flood in Louisville, Kentucky. The image, published on February 15, 1937, depicted African-American men, women, and children lined up for food from the Red Cross, standing in front of a large billboard created by the National Association of Manufacturers. The billboard featured a smiling white family driving a car with the words, “There’s no way like the American Way” and “World’s Highest Standard of Living.”
On The Road (Beat Street)
b/ Jack Kerouac (Jean-Louis Lebris de Kérouac)
March 12, 1922 / October 21, 1969
1957 — On the Road made Kerouac an American icon, the leader of the Beat Generation 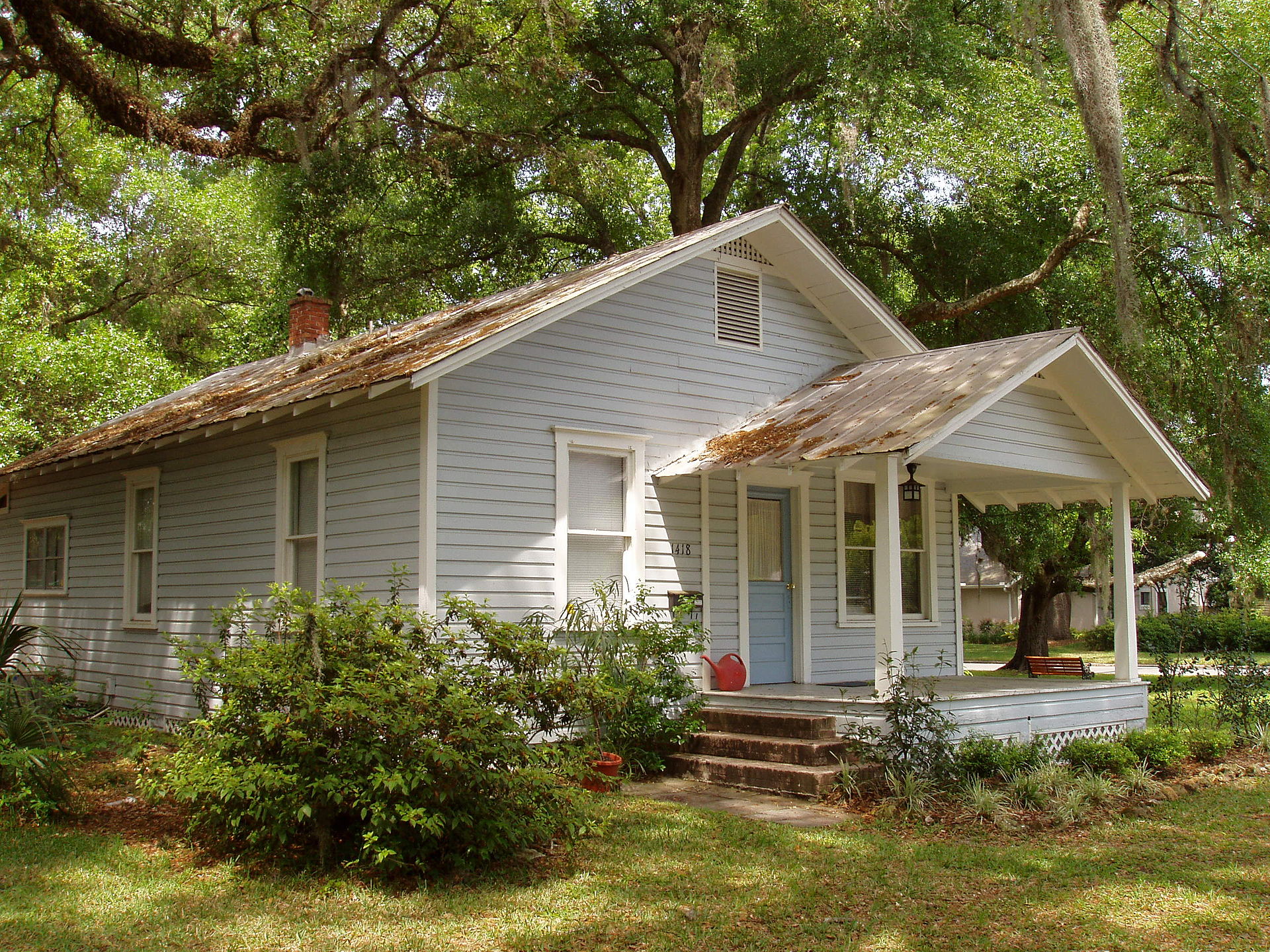 Kerouac’s house in College Park house in Winter Park, Florida
where he wrote The Dharma Bums.
Jack Kerouac — Alongside William S. Burroughs and Allen Ginsberg, Kerouac was a pioneer of the Beat Generation.
Raised in a French-speaking home in Lowell, Massachusetts, Kerouac learned to speak English when he was six years old, and spoke with a marked French accent into his late teens. During World War II, Kerouac served in the United States Merchant Marine, when he completed his first novel, The Sea Is My Brother, which wasn’t published until forty years after his death. Kerouac’s first published book, The Town and the City, went mostly unnoticed … I wasn’t until his second novel, On the Road, that he achieved his widespread fame and notoriety.

For The Love of Cotton
Southern Currency … Soft and White.

No Matter Abraham Lincoln, Emancipation, and an attempt at Reconstruction, The “United” States of America remained a segregated country until Martin Luther King Jr. led a Civil Rights movement that ended with President Lyndon Baines Johnson signing The Voting Rights Act of 1965.  completely segregated (Black and White) country. It took more than one hundred years after the African American slaves had been “Free”d, after their Exodus North, away from the Anglo-Saxon men who believed themselves “superior,” and that their field workers and “house niggers” were “property” to be used, not human beings to cared for.

SELMA (THE MOVIE)
After marching across the Edmund Pettus Bridge with   Martin Luther King Jr., and being nearly beaten to death by the Alabama State Police, John Lewis spent the rest of his life, fighting for the same voting rights he thought he had won 50 years before.

March 7, 1965 — On the 50th anniversary of the “Bloody Sunday” march across the Edmund Pettus Bridge in Selma, Alabama, march organizer, Georgia congressman John Lewis, who was assaulted and battered that day by Alabama State police officers, re-visited the bridge, and told the story to Bob Schieffer on CBS’ Face the Nation.

In his acceptance speech, Lee didn’t shy away from politics. “Let’s all mobilize. Let’s all be on the right side of history,” he said. “Make the moral choice between love versus hate. “Let’s do the right thing!”

The New York City filmmaker was previously nominated for two Oscars—Best Original Screenplay for Do the Right Thing and Best Documentary for 4 Little Girls. He was also nominated for Best Director.

The documentary series about the Civil Rights Movement in the United States of America originally aired on the PBS network (1987). Created and executive-produced by Henry Hampton at the film production company Blackside, and narrated by Julian Bond. The series uses archival footage, still photographs, and interviews of participants and opponents of the movement. The title of the series, which is used to open each episode, is derived from the folk song “Keep Your Eyes on the Prize.”

Eyes on the Prize II: America at the Racial Crossroads 1965–1985  — The time between the national emergence of Malcolm X during 1964 to the 1983 election of Harold Washington as the first African-American mayor of Chicago. (Eight episodes, aired January 15 to March 5, 1990)

Today, under assault by a white nationalist-controlled government, Civil and Voting Rights in America have never needed advocates more … Those who believe in the democratic way of life … Those who care about more than themselves … Those willing to stand up and fight back, for the underprivileged, the overlooked, the lonely, and the forgotten. Resistance is not enough, people must FIGHT FOR TRUTH AND JUSTICE.

“I Can See Clearly Now”
b/ Johnny Nash