a poetic voice in america’s forever civil war.
Not A Pretty Girl 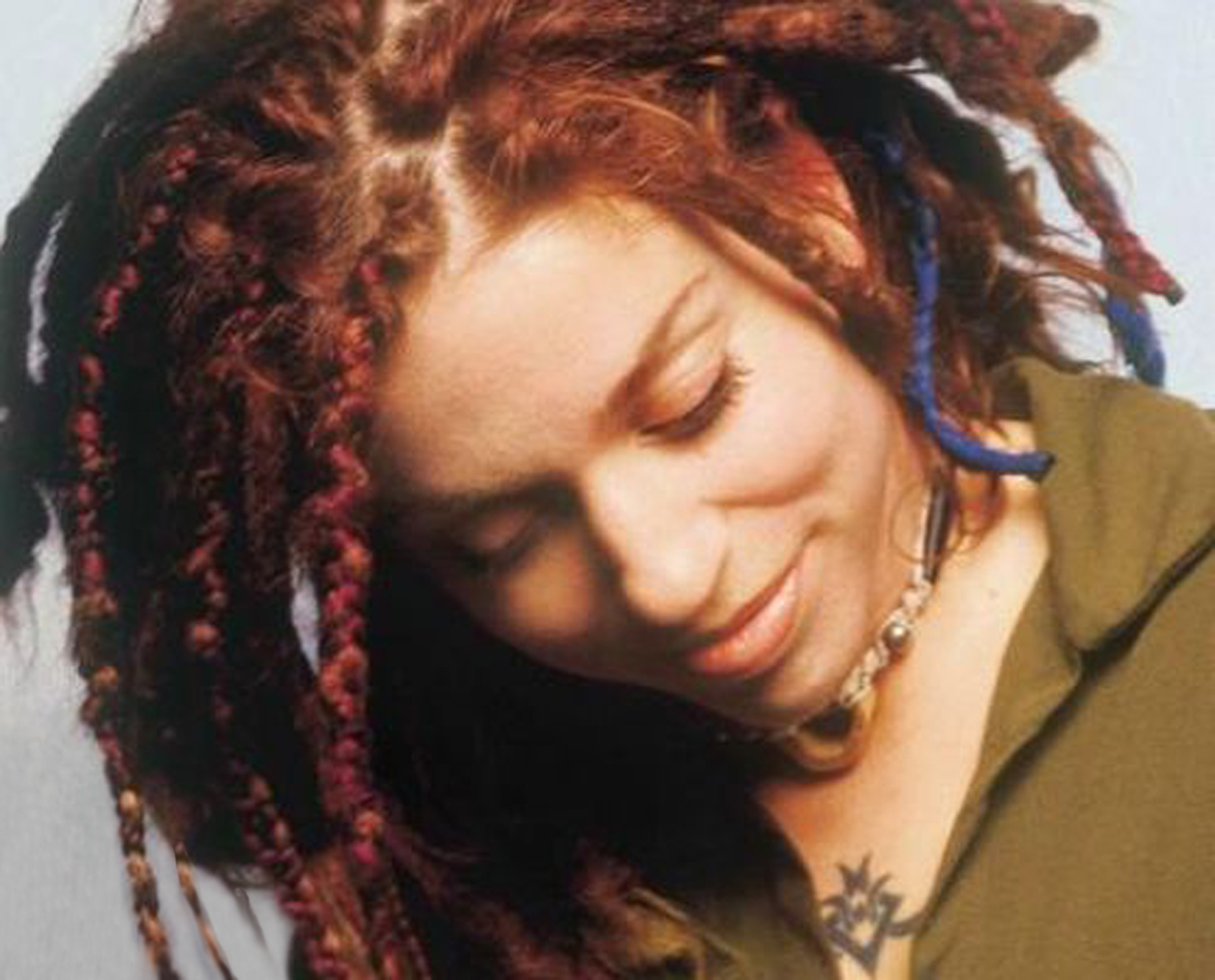 Ani DiFranco describes “Not a Pretty Girl” as a patriotic testament. Her testifying, and pledging her allegiance to both America and the feminist and civil rights movements coursing through a volatile American society.

A self-portrait, of an artist, who at her heart, is more of a poet, who after writing, makes music to express the feelings of her thought.

Don’t let the shaved head, tattoos, piercings, or the combat boots fool you … Underneath the fashionable, often impenetrable facade, is a beautiful young woman, whose “militant” look was chosen, when still a teenager, more to deflect unwelcome attention from sometime lecherous audience members, than it was to make a political, social, or sexual statement.

Ani has never been moved by, or delivered a message by fad or fashion. Since her beginning as a teenager, Ani has always let her poetry, prose, and music do the talking for her as an artist.

“I was 16 years old when I started playing in bars around Buffalo (NY) I was a cute little ‘hay baby’ with long blonde hair, a sweet voice and an acoustic guitar.”

“I was attracting the attention of too many old men in the bars, so I tried to scare them away with a shaved head, and high-laced, black boots.”

“Self Evident” well represents Ani as a critically acclaimed singer, song writer, and guitarist, and why she is also widely (and intensely) admired as an outspoken political and social activist … a leader within the feminist and LGBT movements.

Holy Shit! Holy Shit!
The only words spoken in the unexpected, globe-shifting moment.

September 11, 2001 — A French television crew, covering a broken water line in Lower Manhattan, was attracted to the loud hum of a screaming commercial jetliner as it passed overhead and seconds later crashed into the North Tower of The World Trade Center, and exploded into a ball of fire. 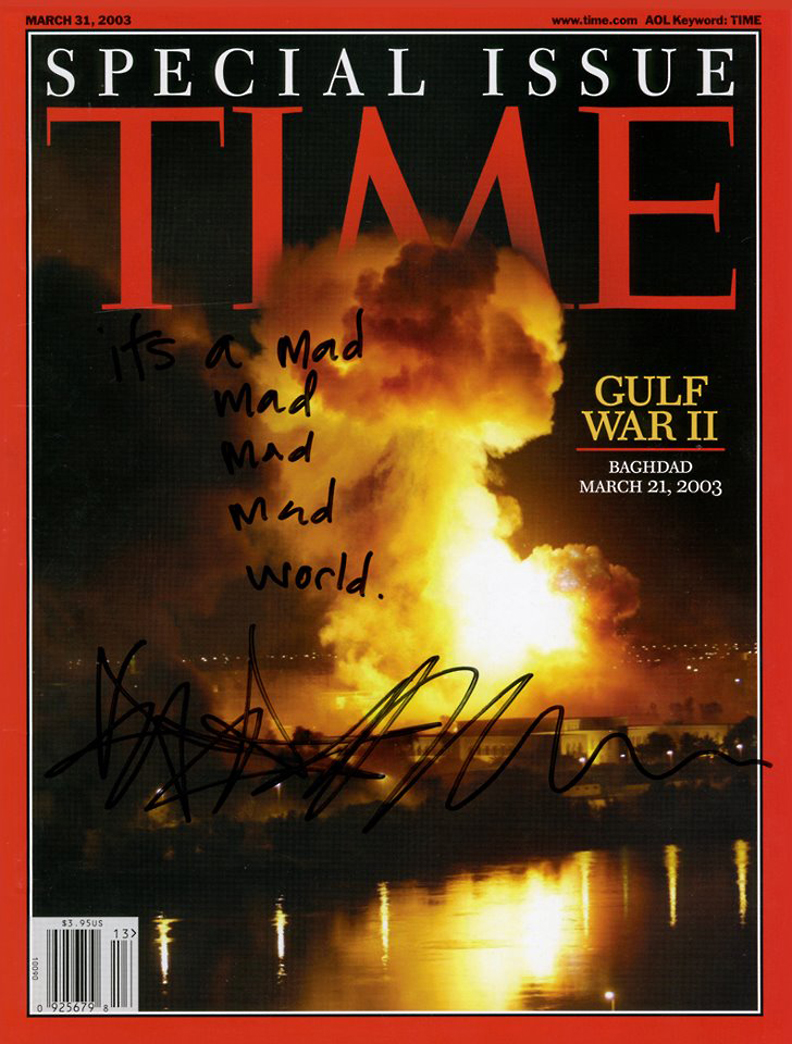 Just days after the United States’ invasion of Iraq (April 5, 2003), I presented Ani DiFranco with the Time Magazine special edition with the now infamous “shock and awe” image on its cover, and asked her to write the first thing that came to mind. Without hesitation she wrote “It’s a Mad, Mad, Mad, Mad World,” after which she signed her name.

2003
Entering the post 9-11 era, Ani’s always opinionated voice became more pointed, political, and critical of living under the thumb of what George W. Bush called “Compassionate Conservatism.” It seemed appropriate that the second of her new-millennium albums (CDs) was entitled Evolve. In 2003, she was touring in support of it and two others, the previous year’s So Much Shouting So Much Laughter, and In The Clip, a two-disc collection of 1990s live performances.

The live recordings best represent Ani’s musical soul. In the Clip especially presents Ani at her most passionate … singing and playing her songs, reading her poetry, and talking and confessing to her loyal fans, with the wit, humor, and grace.

“Self Evident,” on the So Much Shouting is a dark, politically critical, and socially conscious poem about the 9-11 attacks, read atop an even darker, haunting, and eerily ominous beat.