The Wild West was home to many African Americans who found prosperous futures west of the Mississippi River.

“Cross That River” b/ Allan Harris 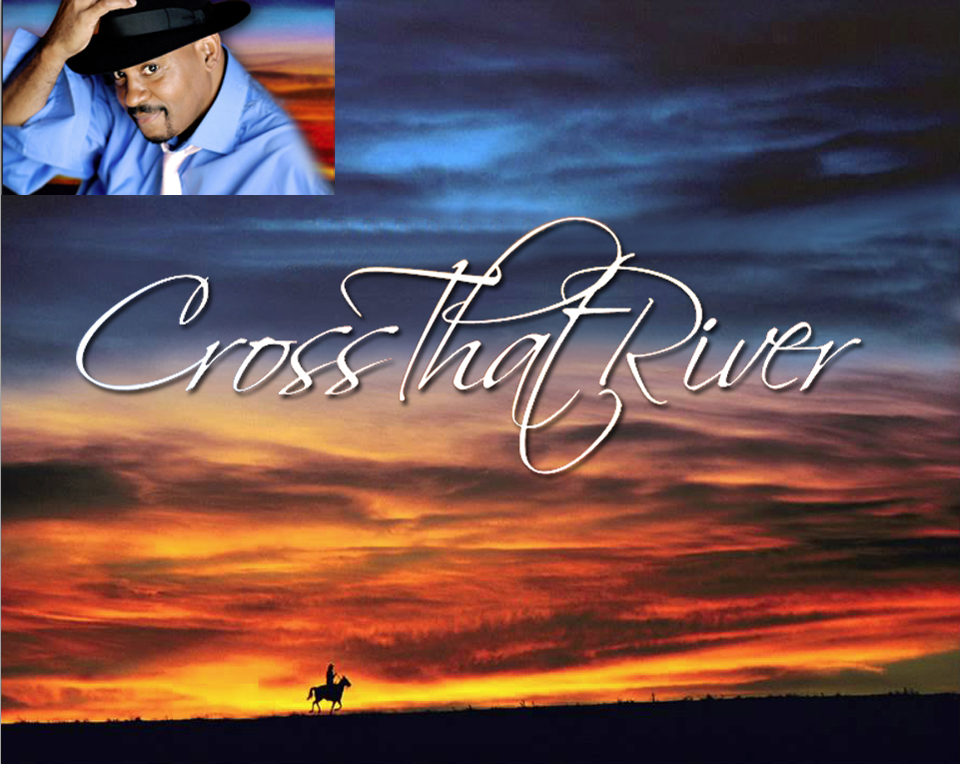 1851 — Near the Louisiana cotton plantation where he was imprisoned, a rebellious young slave named Blue was hiding in the reeds on the bank of the Red River.

Blue was both excited and nervous, as he was about to make his long-dreamed of run for freedom.

On his small raft, using a tree branch as an oar, Blue crossed the fast-moving river, landing in Texas. For the first time in his young life, Blue was a free man.

Angry at life as a cotton-picking slave on a Louisiana plantation in 1851. Angry for being bought and sold as “property.”  Angry at being driven to near death, and regularly being disciplined with the frayed end of a braided, leather whip.

The unsettled West of 1860 offered a new beginning and new dreams for Blue, the runaway slave who escaped to Texas, and as a free man became a successful, first-generation Black American Cowboy.

As a musical, “Cross That River” Allan tells Blue’s adventurous story in a most compelling and entertaining way. Through voice and song, Allan seamlessly integrates historical fact and colorful story to tell an often overlooked chapter in the fight for Civil Rights in America.

Each song another page in a most exciting chapter in America’s storied past.

The Story of The Black West.

After his successful escape across the Red River, Blue quickly found work (as a cowboy) on a cattle drive between San Antonio and Abilene … and it was Kansas where Blue planted the roots of his new life. A “Black Cowboy,” and a pioneer of The Black West.

Riding Free On The Chisholm Trail.

Texas ranchers driving their cattle on The Chisholm Trail started from either the Rio Grande or San Antonio, and joined the Chisholm Trail at the border between Texas and Oklahoma (Red River of the South).

From there, they continued to the railhead of the Kansas Pacific Railway in Abilene, Kansas, where the cattle were sold and shipped eastward.

The Trail is named for Jesse Chisholm, a half-Cherokee trader from Tennessee, who originally created the trail to transport his goods from one trading post to another.

1853 — Texas Longhorns, driven to Missouri, were found to be carrying disease-ridden ticks, and entire herds had to be turned away.

Cattle Rustling, vigilantism, and violence were also problems, and by 1859, driving cattle was outlawed in much of Missouri.

By the end of the Civil War, most cattle were being moved up the western branch of The Trail at Red River Station in Montague County, Texas.

1866 — Because The Civil War restricted access to The Trail, their was a tremendous overstock of cattle in Texas, where the cattle were worth $4 per head, compared to more than $40 per head in the hard-to-reach North and East of America.

1867 — Joseph G. McCoy encouraged Texans to drive their cattle to his new stockyards in  Abilene, Kansas. They responded, and in that first year, McCoy shipped 35,000 head, and became the largest stockyards west of Kansas City, Kansas.

O. W. Wheeler was one of those Texas ranchers who answered McCoy’s call. He and his partners drove 2,400 steers on The Chisholm Trail, from Texas to Abilene.

Wheeler’s herd was the first of an estimated 5,000,000 head of Texas cattle to reach Kansas over The Chisholm Trail.

In the decades to follow, Blue made himself a home, bought himself a wife, and killed more than his share of Indians as a Buffalo Soldier.

(1880s) — Nearly half the working cowboys in Oklahoma and Texas were free black men, many had joined the U.S. Army’s Buffalo Soldiers (Negro Cavalry), and had fought alongside the (White-Anglo) Army in its war against the “Indians” (Native Americans).

After surviving a 19th Century filled with pain and suffering, Blue quietly retired, as so many still do, to Florida.

“Cry of the Thunderbird”
b/ Allan Harris Cross That River

•THE GULLAH
•UNDERGROUND RAILROAD
•“THE BRIDGE” 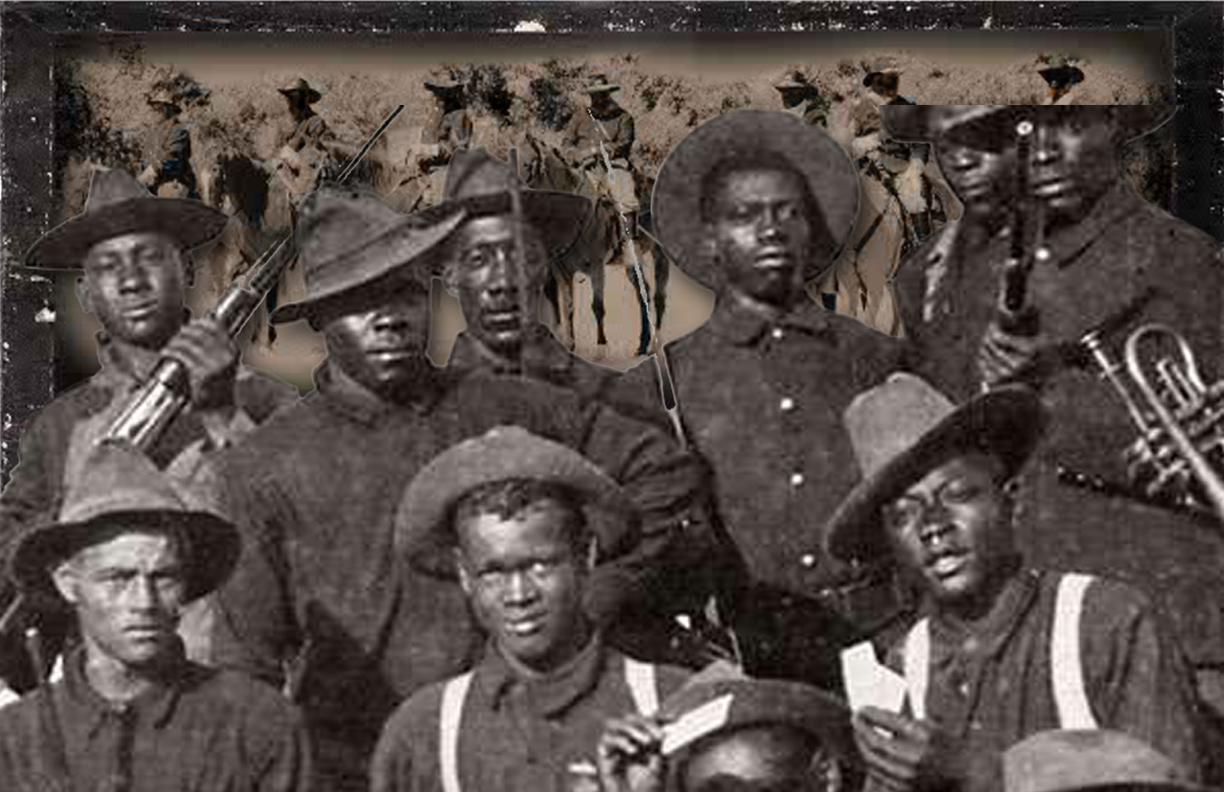 Buffalo Soldiers originally were members of the 10th Cavalry Regiment of the United States Army, formed on September 21, 1866, at Fort Leavenworth, Kansas. This nickname was given to the Black Cavalry by Native American tribes who fought in the Indian Wars. The term eventually became synonymous with all of the African American regiments formed in 1866:

a brief history of the Buffalo Soldiers