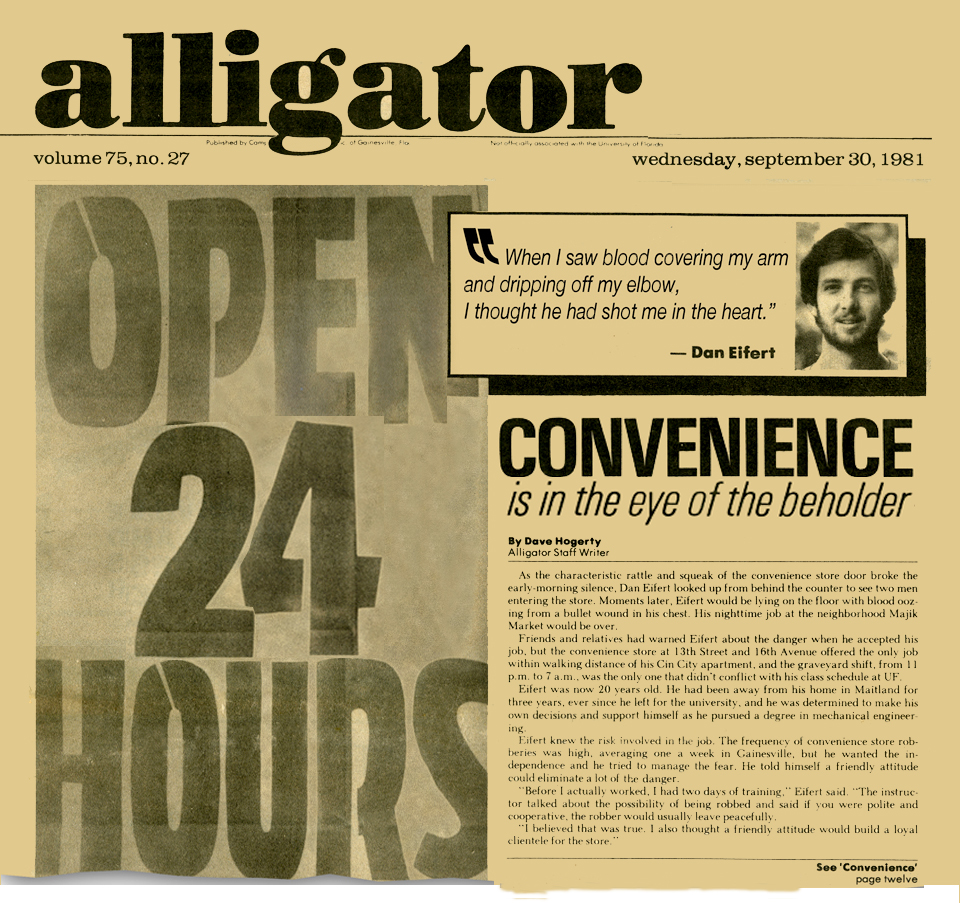 Is in the Eye of the Beholder.

As the characteristic rattle and squeak of the convenience store door broke the early-morning silence, Dan Eifert looked up from behind the counter to see two men entering the store.

………..Moments later, Eifert would be lying on the floor with blood oozing from a bullet wound in his chest.

His nighttime job at the neighborhood Majik Market would be over.

The “I” Witness
Four months after the shooting, at the (attempted murder) trial, Dan Eifert once again looked Robert Lee Reed in the eye. This time from the witness stand at the Alachua County Courthouse. 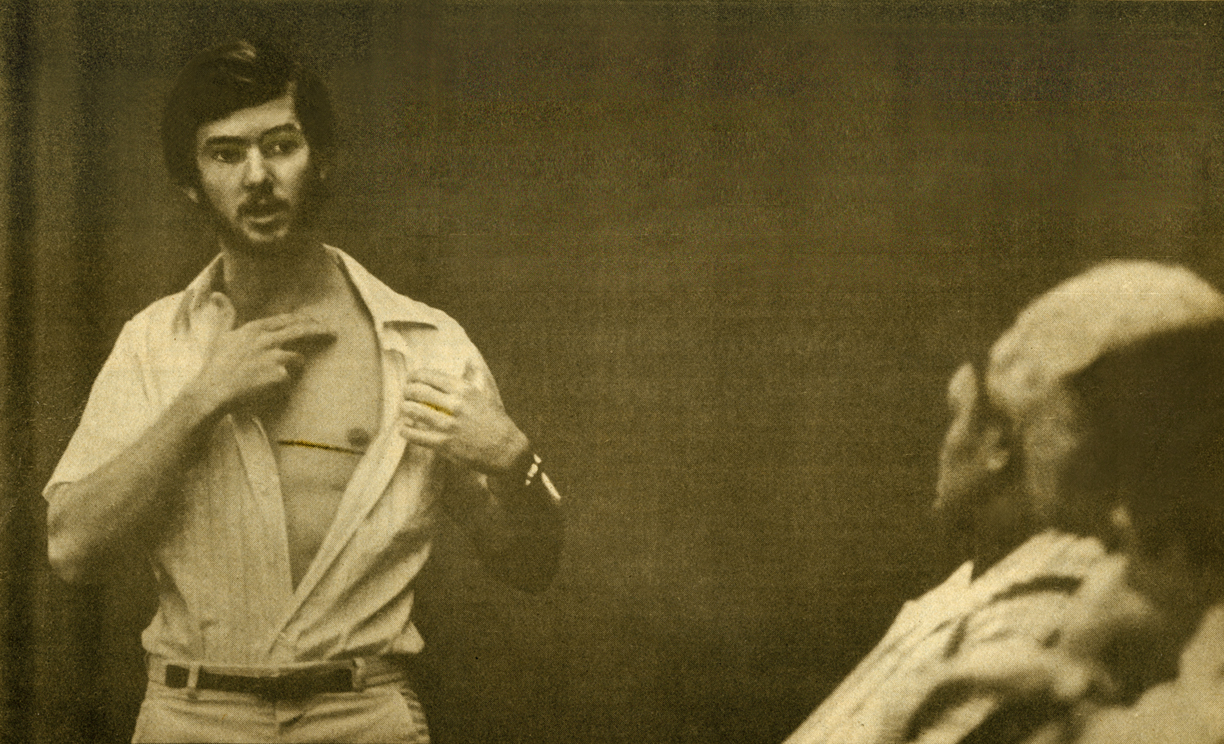 ………..“It was close to three,” Eifert said. “I had just finished cleaning up and was working on a differential equation when the two men came in. Being black and about the same age, I assumed they were together.
………..“I got a little suspicious when the big guy went to the far aisle and seemed to just be wasting time while the smaller man came towards the counter.”
………..Eifert greeted the small man as he would any strange customer.
………..“Hello, can I help you with something?” he asked while establishing eye contact.
………..“You can get a good idea of what kind of person you’re dealing with by the look in his eye,” Eifert explained.
………..“Give me all the receipts,” the small man said, the words coming through his teeth in a low voice.
………..Eifert couldn’t figure out why he would want the receipts. Then he saw the gun in the man’s right hand and knew he meant the money.
………..“My knees and voice were shaking when I asked whether or not to include the change,” Eifert said. “But I was still fairly calm, because the pistol was still at the man’s side.
………..“I grabbed a paper bag and began filling it with bills, still believing that if I cooperated and gave him what he wanted, he’d just take the money and leave.”
………..As the small man grabbed the bag with his left hand, he raised the gun and without warning fired a bullet into Eifert’s chest.

At the time Dan Eifert was shot at the Majik Market, convenience store robberies averaged one a week in Gainesville, Florida. One year later, that rate had increased 25 percent.